Leonardo Capitanio, an ornamental plant grower in Monopoli, Italy, and President of ANVE, Italy’s National Association of Nursery Stock Exporters, has been elected as Vice-President of the AIPH, the international association of horticultural producers. Capitanio succeeds Tim Edwards, who stands down after four years of dedicated service.

AIPH’s General Assembly took place on Thursday 21 October 2021. During the meeting, the AIPH board has unanimously endorsed Leonardo Capitanio for the Vice-Presidential seat on the AIPH executive board. AIPH thanked Tim Edwards who stood down following this four-year post as AIPH Vice-President. 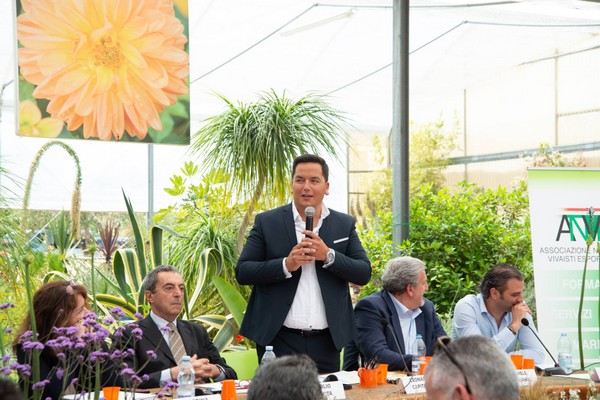 "For more than 70 years AIPH has been driving demand for ornamentals and supporting the growers that service this and preparing them for the future, and proactively seeks to share best practices between growers globally through its International Grower of the Year Awards," AIPH stated.

The newly elected AIPH vice president says, “It’s a great honor to have been appointed to this job, for me personnally, but also for the Italian nursery stock industry as a whole: it has been over fifty years since such an important position was held by an Italian member of AIPH and I am more than happy to renew this role after such a long time. A special thank you to all the ANVE members who, three years ago, elected me President, believed in me, making me grow professionally to get ready for this important day.”