The Colombian nursery sector and The Netherlands:

"The bond between our countries flourishes"

The diplomatic representation of the Kingdom of the Netherlands in Colombia, headed by Ambassador Mr. Ernst Noorman, along with Mrs. Léontine Crisson, new Agricultural Counselor, and Mr. Andrés Santana, Agricultural Advisor, visited the facilities of the Darwin Colombia and Flores del Río. They visited these facilities after being invited by the Association of Colombian Nursery Growers, Colviveros, to learn more about the production, commercialization, and exports of live ornamental plants in the country. 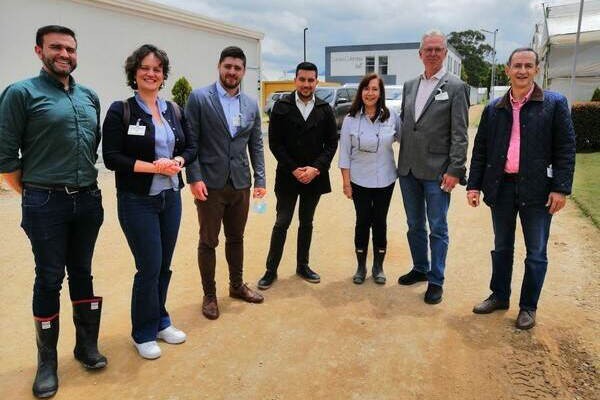 Established in 2016, Colviveros is the Nursery Trade Association dedicated to the representation of those companies working in the cultivation, production, logistics, and (both national and international) commercialization of ornamental plants. Colviveros started as an initiative of a small producers’ group from the departments of Cundinamarca, Risaralda, Norte de Santander, and Valle del Cauca, who saw the opportunity to promote the production of ornamentals in the domestic market, as well as the option of starting the export route of plants, bouquets, and foliage. The association currently has more than 600 members in 17 departments with the aim of generating greater formalization within the sector and has managed to organize, stimulate, and promote the competitiveness and sustainability of the nursery sector and small producers of ornamental plants in Colombia.

Colviveros carries out training activities and commercial platforms such as ExpoPlantas and promotes international missions that include events such as GreenTech and FlowerTrials in the Netherlands. Likewise, Colviveros is an affiliate of the Dutch-Colombian Chamber of Commerce - Holland House with which they have shared interests and business development for the sector. 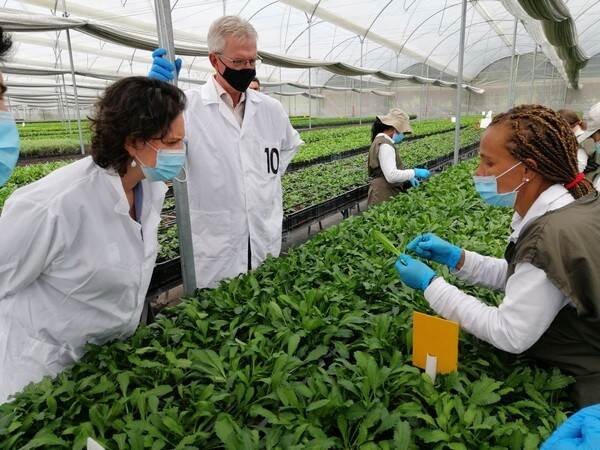 At first, the Ambassador and his team visited the facilities of Darwin Colombia, a Colombian nursery company that, besides exporting 90 million cuttings of live plants annually, generates legal rural jobs, with more than 430 jobs in less than 8 hectares of production. The organization recently received the “Best Place to Work” award. Darwin Colombia is a company based in Tenjo, founded in September 2001, and is currently the largest exporter of live plants in the country, with more than 70 million cuttings annually to the United States and Europe. Undoubtedly, Dutch technology and know-how are an important part of the success of this company, as they were visible all along the visit to its premises. 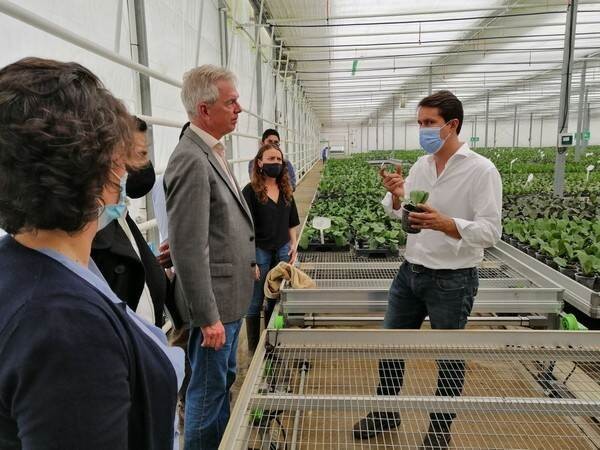 Afterwards, the Dutch delegation, also accompanied by Christian García, ProColombia's commercial advisor, visited the orchid production facilities of Flores del Rio, a Colombian organization that has been carrying out an important expansion process in the local Colombian market. Flores del Río is a company founded in March 1972, and it is currently the organization responsible for the largest production of orchid plants – Phalaenopsis - in Colombia which has a total of 609 employees. All of its orchid production is based on plant material from Anthura in the Netherlands.

During this visit to representative companies of the Nursery Industry of Colombia, market trends, sustainability, and the development of varieties were discussed to strengthen the links in a vivid sector that connects both countries.