Hundreds of high school students considering their plans for the future heard an important message from Seed Your Future at last week’s National FFA Convention and Expo in Indianapolis. “If you enjoy working with plants, there are hundreds of interesting and fun jobs in the horticulture and floriculture industry, and they need young talent,” Jazmin Albarran, executive director of Seed Your Future, told students last week. 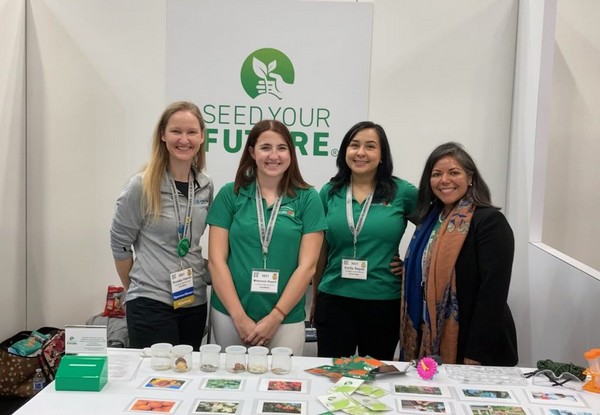 Seed Your Future, with help from Syndicate Sales, was a part of the FFA expo, engaging students from across the country with games and conversations about careers in horticulture and floriculture.

“It’s our job to ensure that young people are aware of the career opportunities in the horticulture and floriculture industries,” she says. “Those opportunities are not only working directly with the plants but also with the technology, accounting, and marketing.”

The convention and expo, held Oct. 27-30, drew an estimated 50,000 people, according to USA Today. The FFA Organization, formerly Future Farmers of America, is an extracurricular student organization for students interested in careers in horticulture, science, business, and technology. There are more than 735,000 FFA members across the country.

Albarran and five representatives from Syndicate Sales informed students about Seed Your Future’s work, including resources for students such as lists of internships and scholarships, and a map of institutions offering degrees or certification in the horticulture industry.

Albarran also used the opportunity to connect with teachers and FFA advisors and introduce them to curriculum such as the youth-focused BLOOM! initiative, which was developed in partnership with Scholastic, the global children’s publishing company. BLOOM! features educational videos, lesson plans, activities, plant-focused games, and an interactive online learning module to teach students about plants. Seed Your Future also has a list of grants for educators. 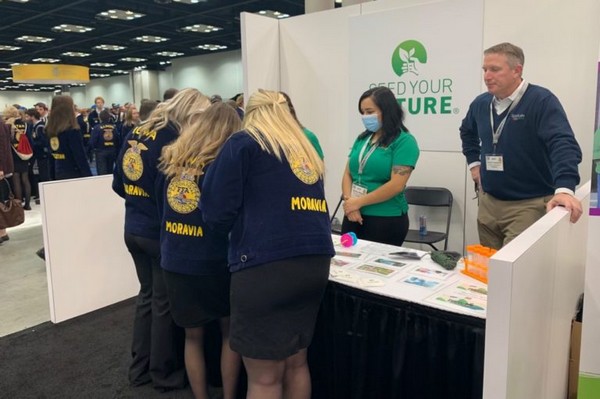 Syndicate Sales, which is located in Kokomo, Indiana, just over an hour north of Indianapolis, offered to help Albarran at the expo. The company sent five representatives to talk with students, including CEO Derick Townsend.

Townsend says he believes it is important to connect with students to learn about what they want out of a career in horticulture.

“Learning what is important to their future is important as employers and organizations provide for those needs,” he says. “It creates a win-win relationship with future professionals.”

Townsend was surprised to learn about the many floral design programs and competitions that are part of FFA. In talking with educators who facilitate floral design programs, Townsend learned that one of their biggest barriers is access to supplies, both fresh product and hard goods. That revelation prompted Townsend to find out whether there are any programs near Syndicate Sales’ corporate office that they could support. “That’s an opportunity for the industry to pitch in and come together,” Townsend says.