"We want to attract overseas investors"

This year is the fifth time Rwanda has participated in the International Floriculture Trade Fair (IFTF), held in the Netherlands from November 3 to 5, 2021. According to the Rwandan delegation, the trade fair is "an excellent opportunity to promote flower trade and increase production."

Rwanda usually sends a few shipments of flowers to East Africa and some European countries, including the United Kingdom and Germany. However, the vast majority (about 92%) of the flowers grown in this Central African country go to the Netherlands via Brussels. Australia is emerging as a potential market. 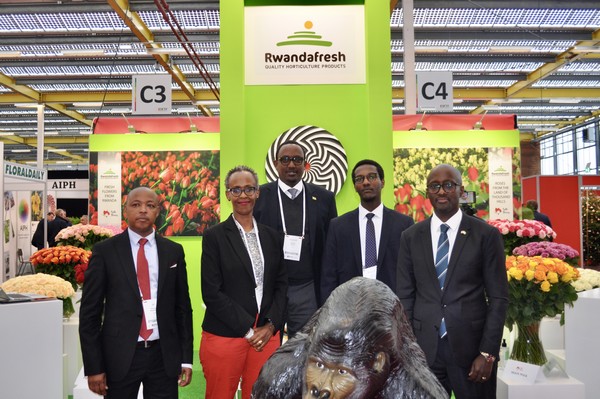 Investment opportunities
Bella Flowers is the largest rose grower and exporter in Rwanda. They took part in the IFTF, showcasing a wide range of these flowers under the Rwandafresh brand. Jeanine Kayihura represented Bella Flowers at the fair. She says the IFTF offers the Rwandan delegation a chance to seek international partnerships with international buyers.

"We're here to raise awareness for our Bella Flowers and the Rwandafresh brands. Rwandafresh represents all of the country's fresh produce. We want to ensure that we attract more overseas investors. They can explore the various investment opportunities our country has to offer, and thus allow Rwandan floriculture to flourish," she says.

Gaining knowledge
There is another benefit for the Rwandan delegation's participation in the world's biggest floriculture sector trade show. They have the chance to gain knowledge about the sector's latest developments and trends, and to learn from experienced partners about current floricultural developments. The Embassy of the Republic of Rwanda in the Netherlands and the National Agricultural Export Development Board are collaborating to aid the exhibitors from Rwanda.

Olivier J.P. Nduhungirehe is the Republic of Rwanda's ambassador in the Netherlands. He says the IFTF is a fantastic commercial communications channel for new countries in the sector. "We're confident that our country's participation in this trade fair will lead to the Netherlands importing increased volumes from Rwanda and, consequently, to a general increase in the Rwandan ornamental plant sector's development and revenues." 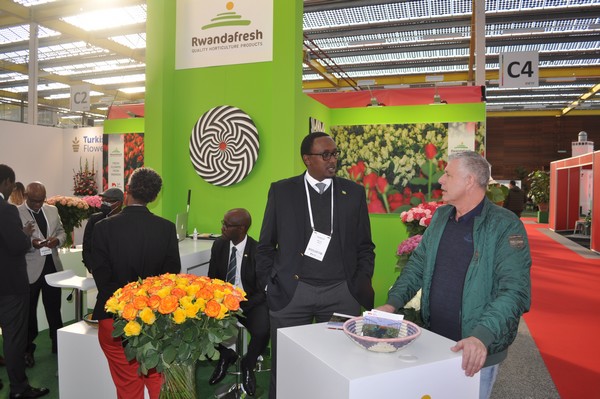 Steady growth
Rwanda was represented at four previous IFTF editions, which has resulted in significantly increased sales of flowers from that country via the flora hub in the Netherlands. This experience has also led the companies to improve their production and to become an attractive party for new buyers from all over the world.

Rwanda's floriculture sector is growing steadily. According to the latest statistics from 2020-2021, the sector generated $7,908,050, whereas in 2018-2019, that was $3,145,577. One of the reasons for this growth is the increase in flower production volumes exported to growth markets.