Turrentine has been promoted to key account sales manager and western regional sales manager. He joined Vaughan’s Horticulture as a key account sales representative in 2019 after being marketing director for Central Life Sciences and serving in various sales and marketing roles at Griffin Greenhouse Supplies and Syngenta. In Turrentine’s new role, he will lead key accounts and hybrid sales teams along with advising plant sales representatives west of the Mississippi River. 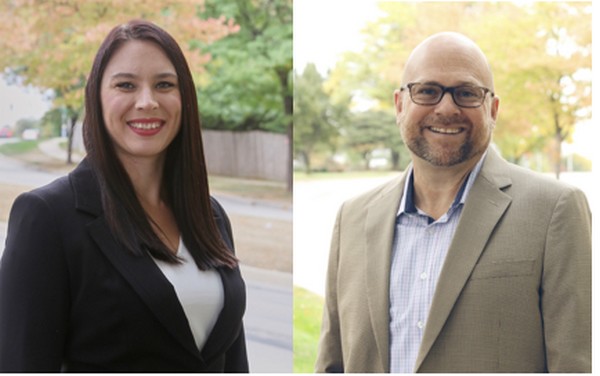 Lilja has joined the McHutchison sales team and will cover the midwestern territory of Iowa, Kansas, Missouri, and Nebraska. She brings new insight and sales experience to the team, having previously worked at Green Lake Nursery and Alta Vista Nursery. Lilja’s industry background also includes working for Karl Klement Enterprises as greenhouse manager and as production line leader for Color Spot Nurseries. She graduated from Southeast Community College with an Associate of Applied Science degree in horticulture and turfgrass management in 2014.

“We are excited to promote from within a talented team member like Ken and bring in an experienced industry professional such as Heather to join our expanding operation,” said Nathan Lamkey, president of McHutchison and Vaughan’s Horticulture.