More than 100,000 Dutch tulips to be planted in Kyiv, Ukraine

"Organizations are increasingly discovering the many opportunities in Ukraine. The country has much to offer in terms of human resources, production, and tourism," said Consul De Sévrèn Jacquet. 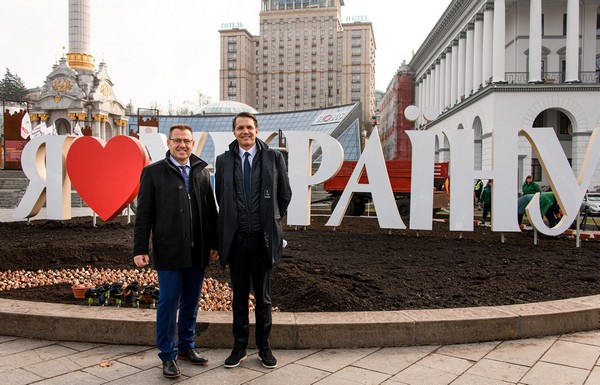 Arjan Smit donated the tulips. "There are 42 million people living in Ukraine. That, and its growing economy make it an interesting market, for flower exporters and tourists to the Netherlands alike," he says.

The tulips will bloom in April and May 2022, when it is Kyiv's tulip festival. Dignitaries like the city's mayor, Vitali Klitschko, various politicians, and administrators will be present, as will businesspeople from Ukraine and the Netherlands.

Ukraine's Honorary Consulate in Amsterdam will organize a trade mission to Kyiv in May too.

Source: The Dutch Consulate in Ukraine