The arrival of two Dutchmen with two suitcases each weighing around a hundred kilos made Moroccan customs officers frown in 2015. Yet they entered the country. Peter Kerkhof of LedsProtect explains below why that turned out to be of great importance to both growers there and in other countries, like the Netherlands. "I said in my best French and Moroccan that my son and I were coming to save the country." 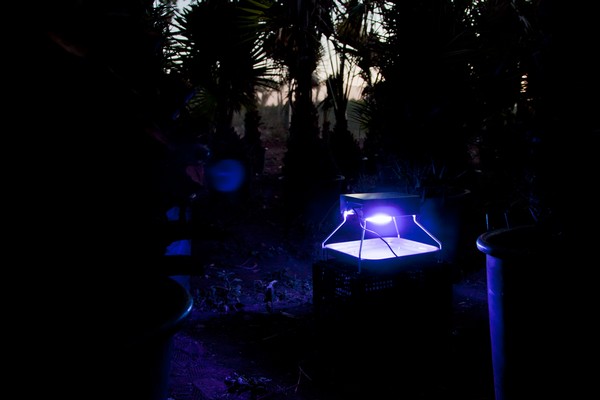 His arrival in 2015 was not the first time Peter had set foot on Moroccan soil. He was already there in 2008, through a Dutch PUM project (Programma Uitzending Managers). Back then, he met a Moroccan tropical plant grower who had just started to set up his own business. "He encountered the necessary start-up problems. It turned out to be very difficult to grow starting material in a simple foil greenhouse at temperatures well above forty degrees Celsius. I remember thinking it was all rather primitive. Now we laugh about it together; the company has undergone considerable development."

Panic
Not long after Peter's first visit, another Dutch PUM visitor came to take a look at the company. He found the feared pest Opogona sacchari, also known as the banana borer or banana moth. "As an arboriculturalist by origin, I had never heard of it at the time, but I soon realized that it was something serious when I heard that, after the discovery, there was some panic."

To combat the pest, which now has quarantine status, Peter was asked during a subsequent visit to bring along nematodes. "The grower wanted to try and control the pest with them. Unfortunately for him, it had very little effect."

Forage damage
Peter then started to look into the matter and discovered that the larvae of the moth live in the soil. "If that is the case, then nematodes are effective and you can control the pest effectively. However, the caterpillars are much more likely to be found in the plant, often tropical plants such as banana plants, but also tropical plants that are often also grown in greenhouses in the Netherlands such as Yucca and Dracaena. There, they eat the plants completely, and it is difficult to control them. Nematodes do not work, and chemical control is not possible either, because you cannot touch the caterpillars. The result is that growers see one plant after another fall victim to the infestation, and the damage is huge." 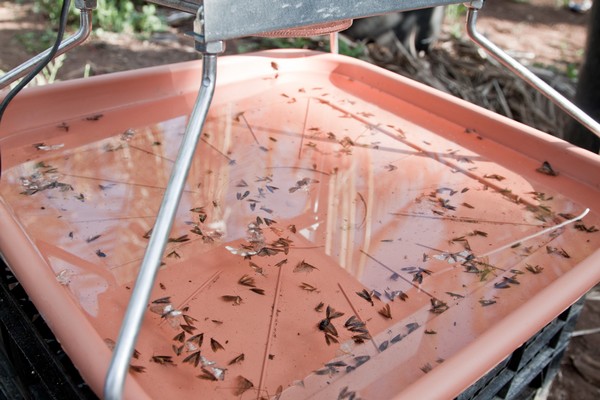 Professional trap
To discover whether Opogona is the culprit, pheromone traps are used. Peter started testing them some ten years ago. "I soon caught quite a few moths, but only males and not the females."

The traps were equipped with a water tank with the pheromone above it. "To catch them better, after many a test I decided to replace the pheromone with a UV lamp. After that, I caught 50 moths, males and females, on the first night. From that moment on I started to professionalize it."

Big catch
The road to the striking customs moment in 2015 is made. "In those suitcases were the first professional traps that I had had made with the help of an electrical engineer. At the large Moroccan grower's premises, I set the traps, and on the first night, we caught 160 moths. That is a lot and indicates that the problem was big. By continuing to catch them, the pest has been under control for years.

The Moroccan grower grows his tropical plants both outside and inside a greenhouse. The traps are connected to 220 volts, and outside they work on solar energy using solar panels. "With the help of adapters, we can easily connect several of them. They have traps everywhere. In the greenhouse, we have our newest model, and outside it is still the older one. In the coming years, they will also replace those traps."

The newest model UV light trap from LedsProtect is not to be missed at night. Read more about what is new here.

Under control
For all growers of tropical plants, with or without traps, it is important to always stay alert for the arrival of the banana borer. Many growers work with starting material imported from Central America, Peter knows. "Opogona has no natural enemies there and is a major pest. Even with Q-status, you have to be very careful. By working with our traps, growers can quickly scout and also directly control the pest insect to keep the population under control."