The takeover by Kind Technologies is intended to lift Martin Stolze to an even higher level. One of the people who will make that happen is Bram van Paassen, responsible for Martin Stolze's commercial activities, which include sales and rentals. In this interview, Bram talks about the trends he currently sees in the horticultural market. 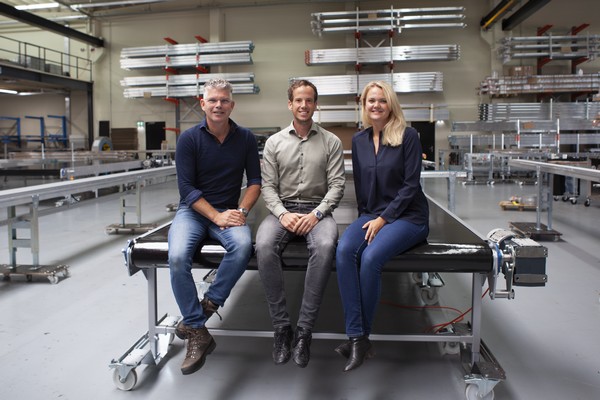 Madhouse
Due to the current perils in the energy market, Bram has noticed that some customers are becoming more cautious. "They are spreading their investments over time, but it remains a 'madhouse', just as it was the last six months, but then in the positive sense of the word. Sales in the Netherlands are growing very fast and even faster abroad."

Martin Stolze's company mainly does automation in pot plants. "There is a lot of trade to the US and Canada these days, especially the standard products, such as the EasyMax conveyor belts, roller conveyors, and potting machines. In the Netherlands, you see more and more projects, such as tailor-made automation solutions."

Focusing more on vegetable growers
In addition to ornamental horticulture, the company also wants to focus more on vegetable growers and packaging centers, which is why Rob van Adrichem was brought in. He works for KOAT 50% of the time and for Martin Stolze the other 50%. This is typical for the company's growth in the vegetable sector; where vegetables and packaging used to account for 10% of turnover, its share has now doubled to 20%. The company as a whole is also growing well: it is now a year after the takeover, and twenty new employees have joined, including three new engineers.

Automation in floriculture...
One of the trends that Bram has noticed, particularly in Dutch floriculture, is the increasing level of automation. According to him, this has a lot to do with labor becoming more expensive and scarce. "Growers no longer want to work 60 hours a week if they can do it in 40 hours using automation. We take the hassle out of that."

Everything also has to be faster and quieter. "Growers invest to improve the working conditions for their staff and their health, which ultimately also results in higher productivity."

... and vegetable cultivation and packing centers
Vegetable cultivation is currently suffering, with the current energy crisis being a major cause. "Some growers are leaving their greenhouses, or parts of their greenhouses, empty, so they are very cautious about investing in automation at the moment. Nevertheless, there are opportunities for a company like Martin Stolze," according to Bram.

"Take the number of people walking around in a packaging center, which is unbelievable. With our packaging lines, inspection belts, and other automation solutions, we can do a lot for our customers."

They are also currently exploring robotization. "Our sister company Crux Agribotics has the SortiPack, which we show to give people an idea of the possibilities. A Sortipack can be used for products such as cucumber, chicory, tomato, mango, pepper, and pointed pepper." 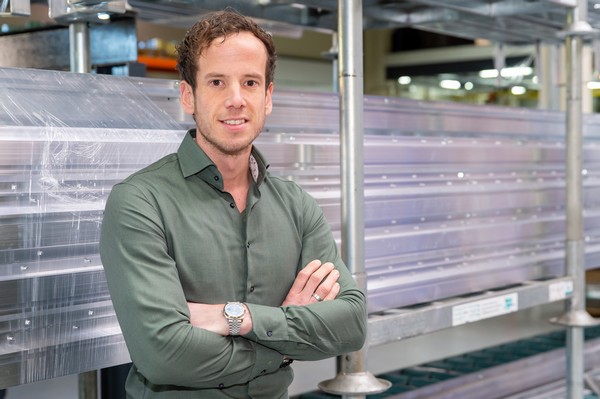 On to the future
There are plenty of opportunities, including for the future. Where does Bram see the company in ten years' time? "We are going more and more in the high-tech direction, more data-driven and more robotization, but conveyor belts and potting machines will never disappear: everything will be developed further so that fewer hands will be needed in the greenhouse, the shed, and the packaging centers so that the entrepreneur can be relieved of even more of their worries."

Service is of great importance in this respect, according to Bram. "As a supplier of automation, service and quality are the most important things you have to offer. It will only become more important in the coming years. For us, it works like this: if a grower comes to a standstill, we must be able to respond immediately; we must relieve the customer, make sure that they can get up and running again immediately: if they are standing still now, they need to be helped now, not in three days' time. That also applies abroad, where we work with dealers. We only work with dealers who can also provide service."

Jubilee
Because of the expansion, the office section has moved to Leemolen 23 in De Lier. There is sufficient space there for the R&D, control technology, sales, marketing, and administration departments. A demonstration area has been set up for the trainees who work and learn at Martin Stolze. Earlier this year, the conveyor belt department was also relocated internally; the department is more efficient and it works more comfortably with more space.

This year Martin Stolze celebrates its 30th anniversary. They want to show the development of this company in their house style, so it is time for a new logo! The tagline 'move to grow' stands for all these developments within Martin Stolze and for their customers.