Two of Biotecture’s living walls have been recognized in the Flowers in the City Summer Campaign Awards; 20 Fenchurch Street and New Street Square. The Awards, run by the Worshipful Company of Gardeners, showcase the best horticultural displays across the City of London.

Biotecture's 700-meter living wall at 20 Fenchurch Street won the campaign’s newest award – The Skyline Trophy — which celebrates the best examples of green walls and roof gardens. This impressive living wall was designed and installed by Biotecture in 2014.

"A mix of ferns, shrubs, and grasses creates a variety of colors and textures; from the crisp green of Evergreen Hart’s Tongue and the red hues of Heuchera's Marmalade’ to the small dense leaves of Lonicera Maygreen and the long fronds of Polystichum setiferum. Flowering plants give fragrant bursts of violet, pink and white to the wall throughout the summer, after which berries ripen in the winter to provide year-round interest," the Biotecture team explains. 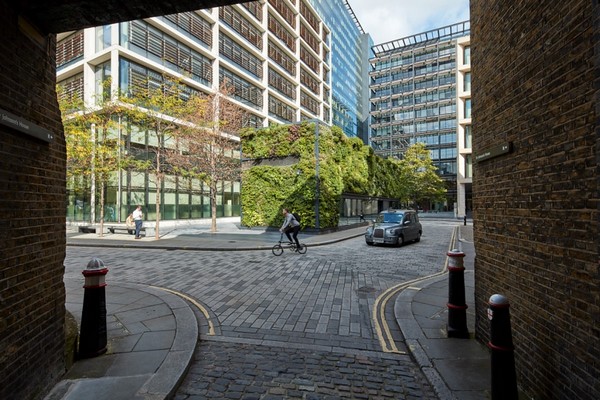 The award judges, all members of The Worshipful Company of Gardeners, visit their areas at least twice during the summer and provide recommendations for trophies and plaques. Final judging for those put forward for trophies is conducted by the Master, Chairman, Secretary, and the Head of Judges.

"The living wall at New Street Square received the Master’s Special Trophy – the best display in the whole of the City this summer. The wall was installed for client LandSec and turned 10 years this month. In Winter, the living wall provides the only urban greening in a built-up area of Holborn, and the lush planting creates a stunning natural feature year-round. The wall includes native species such as London ferns to help with the biodiversity and urban greening in the City of London." 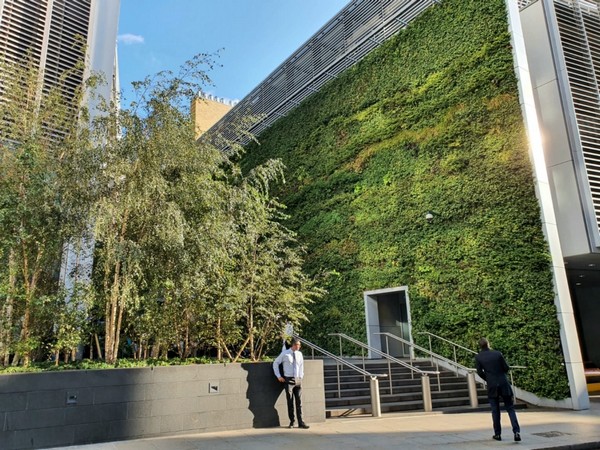