US: Recognize farmer veterans this Thanksgiving by supporting Homegrown By Heroes

This Thanksgiving season, the Farmer Veteran Coalition (FVC) wants Americans to support farmer veterans by including one Homegrown By Heroes branded item in their Thanksgiving dinner. The logo is used to designate veteran-produced commodities across the country.

“We hear from veterans all the time that farming saved their lives when they returned home from serving,” says FVC founder Michael O’Gorman. “There is a purpose and a mission behind farming and our country needs it. We want to support those veterans that protected us, and Homegrown By Heroes is one way to do that.”

The coalition is cultivating a new generation of farmers and food production leaders. Established in 2008, FVC helps veterans transition from military service to meaningful careers in agriculture. It uses veterans’ experiences, character, and discipline to further develop and improve the farming industry. 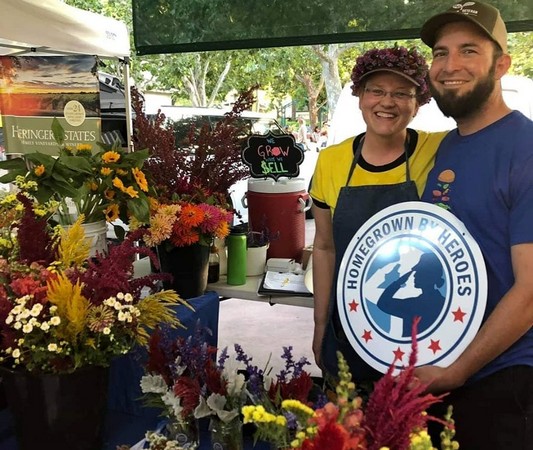 The coalition has proven popular with veterans, having grown from a handful at its inception to now more than 30,000 members nationwide.

Homegrown by heroes
“Be on the lookout for the Homegrown by Heroes logo,” says O’Gorman. As the official farmer veteran branding program, “this logo ensures that the products you are purchasing were not only grown by a farmer, but also by a veteran.”

The Homegrown By Heroes brand was founded in 2013 by the Kentucky Department of Agriculture as a campaign to give the state’s farmer veterans recognition in the marketplace for their military service. Soon after, the logo expanded to farmer veteran products in all 50 states and Puerto Rico and has been managed nationally by FVC since late 2013, with more than 2,000 members certified to use the label today. Now, FVC celebrates full and complete ownership; last month, on behalf of the Kentucky Department of Agriculture, commissioner Ryan Quarles officially relinquished ownership of the trademarks to the Farmer Veteran Coalition.

“With this transfer, we have an even bigger opportunity to help veterans with their individual agribusiness success. We give thanks to them with the opportunity to give back to them,” says FVC Executive Director Jeanette Lombardo. "And we give thanks to Farm Credit for their long-time and continued support of this program."

Coalition founder O’Gorman says there is so much to be thankful for this holiday season, including freedom. That is what’s driving the coalition’s Thanksgiving initiative. “We are aiming to honor those who become both veterans and farmers in one lifetime,” says O’Gorman. “That is a great accomplishment.”

To find Homegrown By Heroes products local to you, visit www.farmvetco.org/hbh-search or email hbh@farmvetco.org.