In collaboration with Kwekerij Sensation, end customers of Hilverda De Boer have been surprised with a ‘quantum box’ featuring the cut chrysanthemum Ilonka as part of a targeted promotional campaign.

Customer experience
The idea to create a promotional campaign around the cut chrysanthemum Ilonka was born in September. Like many other varieties, this flower sells well in the Eastern European market. With the aim of further boosting the popularity of Ilonka among Hilverda De Boer’s customer portfolio, a targeted promotional campaign was launched to give buyers a positive product experience. 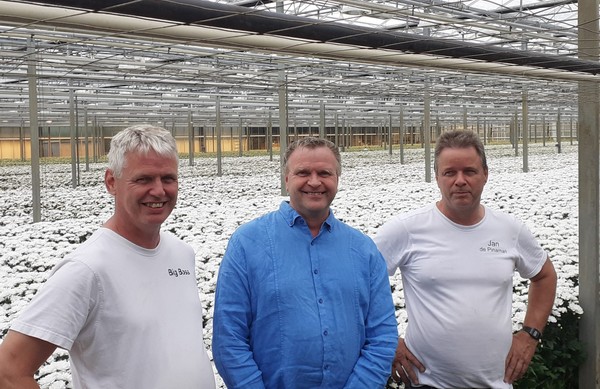 Directly to the end customer
Over 400 ‘quantum boxes’ were sent to a large proportion of Hilverda De Boer’s cut chrysanthemum customers, along with a specially designed Ilonka brochure. This campaign was also published online via the website/webshop and on social media. Also forming part of the campaign was an Ilonka giveaway, in which Hilverda De Boer’s cut chrysanthemum customers were given the opportunity to share their Ilonka creations digitally and get a chance to win an ‘Ilonka White Essential Box’. The upcoming period will reveal whether this promotional campaign has achieved its goal of increasing demand for the Ilonka spray chrysanthemum in Hilverda De Boer’s customer portfolio.