NL: The road to 50 million plants

Six years ago, the Dutch company Stars Plant was still an 'ordinary' pot plant grower, but the Valstar family saw an opportunity in young plants. They took over some equipment from a company that was doing this on a modest scale and planted 6000 meters of the existing nursery with young plants. Since then, the sky has been the limit concerning customers, assortment, and especially numbers. 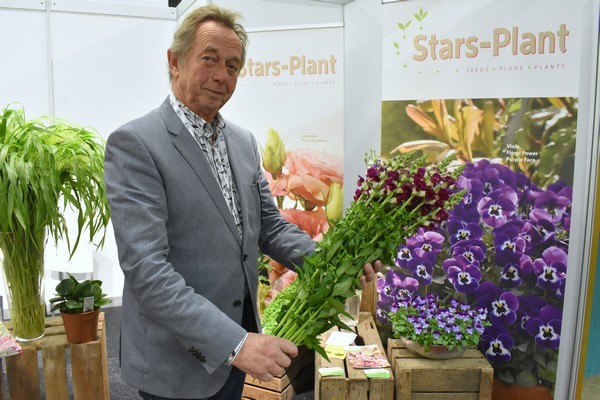 This did not happen by itself, however, and some three years had passed since the first rounds of cultivation when an opportunity arose. Globe Plant, a young plant producer which had added a modest assortment of cut flowers to its range not long before, decided not to continue. Stars Plant was able to take over part of it, and around the same time, Nic Straathof, who was actually going to retire, was prepared to move along with the plants and join Star Plants.

With his arrival, the nursery took another step, because not only did Nic bring with him a lifetime of experience and knowledge, he was also able to bring some customers with him. "I then advised putting in a concrete floor, which they did. We also invested in a new seeding machine, a sticker machine, and a few more things to improve quality and uniformity and to be able to start producing larger numbers."

Whatever Nic's share in the growth, the fact is that growth is not slowing down. As we speak, part of the lighting is being replaced - there is 7,000 lux, which will become 11,000 - and a dehumidifier is also being installed in one (of the four) departments. This year, the number of plants may reach 50 million, compared to 38 million last year and 16 million the year before, and Nic foresees more growth for next year. "Snapdragons and Violets we sell most. We see growth mainly in exports, especially to Spain, Italy, and Portugal, but the plants are also finding their way to Eastern Europe, as far away as Russia."