Hibiscus lovers around the world know the name of Texas A&M AgriLife’s Dariusz Malinowski, Ph.D., who has earned his place as a renowned hardy hibiscus breeder.

The City of Vernon ensured Malinowski will forever be celebrated for his research at the Texas A&M AgriLife Research and Extension Center at Vernon by declaring November 30 as Dr. Dariusz Malinowski Day. The honor coincides with the National Garden Bureau’s declaration of 2021 as The Year of the Hardy Hibiscus. 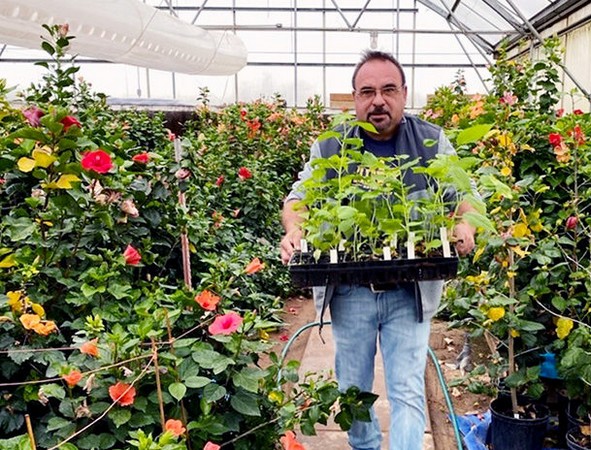 “Dr. Malinowski is well-deserving of the adulation his hibiscus breeding is receiving,” said Rick Vierling, Ph.D., director of the Texas A&M AgriLife Center at Vernon. “In 10 years, he built the world’s top hardy hibiscus program. Three years ago, he started a tropical hibiscus breeding program and has just licensed his first tropical. In the very near future, his tropical program will be Number 1 too.”

At the November 30 celebration, Mayor Pam Gosline announced the day dedicated to Malinowski and read a Texas Senate resolution proclamation recognizing his work as well as the efforts of the City of Vernon to be declared the Hibiscus Capital of Texas. 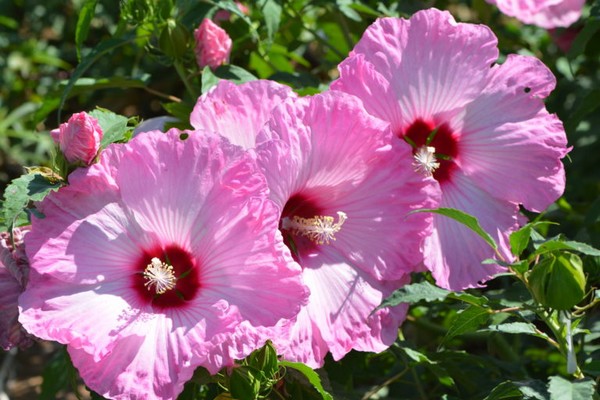 His program goal has been to produce a wide range of new shapes and novel colors. These have included a blue flowering winter-hardy hibiscus hybrid as well as maroon, salmon, magenta, and a number of dual or multicolored flowers on a single plant.

Malinowski was featured on the cover of Seed World magazine in 2019, the publication’s first-ever cover story of a flowering-plant breeding program.

Expanding to the tropical hibiscus market
Malinowski expanded his program to include tropical hibiscus in 2017. He has already created and evaluated over 2,500 hybrids and disclosed 228 exceptional lines to Texas A&M Technology Commercialization, making them available for licensing as well. One of his unique achievements is a 'hanging basket' tropical hibiscus hybrid, which has not been seen before. 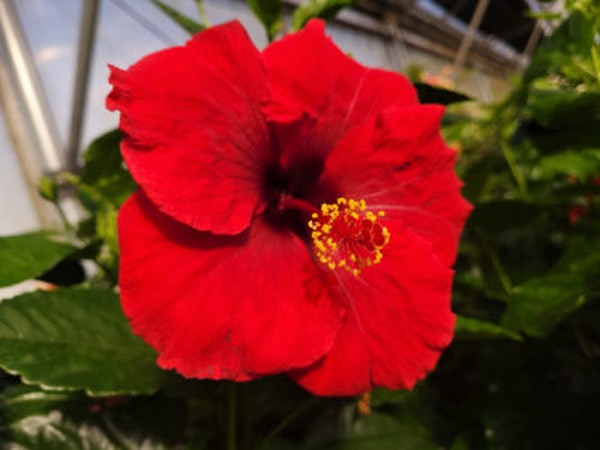 He is already winning awards for his tropical hibiscus creations. The TAMU 14-0704-02 hibiscus developed by Malinowski was entered by J. Berry Genetics, the exclusive license holder, under the name Hot Shot in the Classic City Awards competition led by the Trial Gardens of the University of Georgia, UGA.

Classic City Winners are chosen based on their outstanding performance in UGA’s southeastern regional trials. The ratings are based on flower and foliage color, uniformity, vigor, and overall resistance to the elements.

The following description accompanied the naming J. Berry Genetics’ Hot Shot as a winner: “These plants are as lovely as they are tough. The plants provided nonstop deep red flowers from start to finish. Whether on a sunny roadside or potted in containers, this hibiscus will put on a show. The plants maintain upright form without staking or manipulation.”

City partners with AgriLife Research to build hibiscus reputation
In 2019, the City of Vernon, Chamber of Commerce, and AgriLife Research partnered to donate hibiscus plants to community members. Around 600 plants that were no longer needed in the breeding process were donated to companies and organizations with the agreement that they are planted near their buildings.

The city has continued to promote the hibiscus plant giveaway annually, thanks to Malinowski’s donations. The official proclamation gives the City of Vernon the right to officially call itself the Hibiscus Capital of Texas and begin planning for an annual festival and other events.