This time, too, the show attracted viewers from all over the world. This time it was Flower Magician Michael van Namen's turn to perform during the show. Michael made 6 different arrangements in the theme Winter Wonders.

With the cold and dark days of winter, it is good to bring some warmth and color into the house. Michael showed how to do this in a special way. He decorated a large vase, which gave a beautiful effect, especially with the flower arrangements he had made to go with it. Michael showed you can make endless combination with small vases and bouquets in the second piece. With vases and flowers that matched each other in color, he created this arrangement in no time. 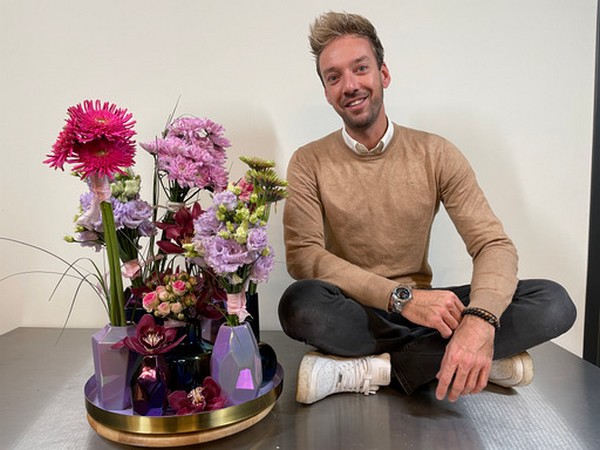 The third piece was a frame bouquet, where the frame was made of Asparagus with snow. By putting the flowers between and under the Asparagus, a fairy-tale like bouquet was created.

Now that the holidays are here again and people are getting lots of presents, we also have lots of packaging material left over. Michael knows what to do with this. He used the material to create a fantastic interplay of lines in his next bouquet.

The fifth bouquet was a glitter frame, and to finish off, Michael made his own version of a Christmas tree, which he decorated with flowers and greenery.

The next show will be on 7 January with Hans Zijlstra. The show can be seen live on the Facebook and Youtube page of Flower Circus.