Traditional plant lovers might not think about the ocean, which is exactly why an underwater world has been brought to life in a new display at The Calyx in the Royal Botanic Garden Sydney this summer. From December 3, the Inside the Tide horticulture exhibit is taking visitors on an immersive experience of aquatic delights, highlighting the importance of the marine environment while showcasing the garden’s collections.

Dr. Yola Metti, a Phycologist who studies marine algae at the Australian Institute of Botanical Science, says many people do not realize just how important algae and seaweeds are for our ecosystem, nor that they are found in everyday products such as toothpaste and milkshakes. 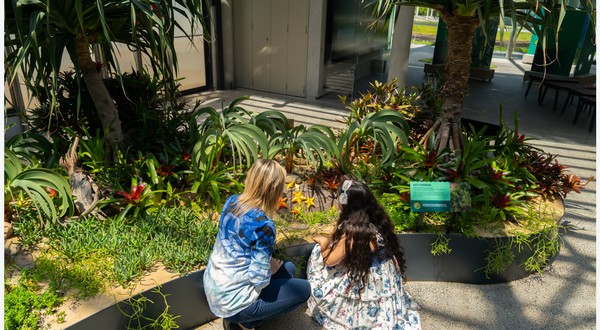 “When most people hear the word seaweeds, they think of the dead stuff rotting on the beach or it touching their legs when they’re trying to swim,” Dr. Metti says. “There’s a huge lack of awareness of the benefits of marine algae in general. One of the biggest things we can be thankful for is the amount of oxygen algae produce. An estimated 80 percent of the Earth’s oxygen comes from it. In fact, seaweeds make more oxygen than all the trees on the planet put together.”

Inside the Tide tells the stories of hero plants in three aquatic communities – Kelp Forests, Coral Reefs, and Seagrass Meadows – and each has a huge impact on the world: they create oxygen, capture and store carbon, and filter and purify seawater by trapping toxins. We eat them, use them in medical and scientific research, and many hold solutions for a sustainable future. Finally, they are the foundation of all ocean foodwebs, supporting marine animal life from the tiniest zooplankton to the largest blue whale.

“Marine algae are at the base of the marine food chain, which makes it seem like they’re the lowest - but actually, they’re the most important,” Dr. Metti says. 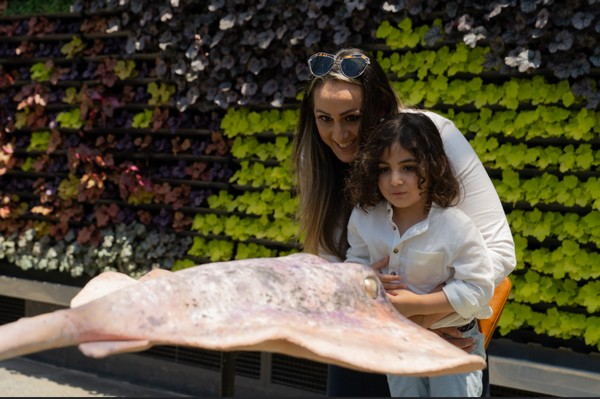 “This is a largely unexplored area of science and we’re making new discoveries with almost every dive. Our actions can have a huge effect on the survival of seaweed species. In protecting them we’re protecting the incredible life beneath our oceans.”

Royal Botanic Garden Sydney Curator Manager David Laughlin says the horticulture staff has spent months preparing the display and getting creative with land plants. “Our land plants are the actors with cactus and other succulents playing the roles of corals, and ferns and ivy becoming the seaweeds,” Mr. Laughlin says.

“We have pandanus trees on the sandy shore with mock seagrass meadows we’ve created to feel like you’re by the beach while you are in the heart of the city, surrounded by our beautiful gardens.” Chief Executive Denise Ora says the team has worked with creative company Erth to bring a surreal, magical, and playful display to life, combing theater with horticulture for an experience not to be missed.

“Inside the Tide is an aquatic pantomime brought to life in The Calyx where visitors will be able to come face to face with giant sea creatures like the topiary blue whale, a chandelier of jellyfish, or blue-ringed octopus with interactive elements both children and adults will enjoy,” Ms. Ora says.

There are 20,045 plants alone in the vertical green wall, one of the largest in the southern hemisphere, and about 2,600 in displays on the floor. The display, which is entry by donation, will also include works from hundreds of school students across NSW who took part in educational workshops this year. Kids can also take part in activities including First Nations fishing and seagrass yoga. Inside the Tide is presented in partnership with Erth, thanks to the Restart Investment to Sustain and Expand (RISE) Fund, an Australian Government initiative. The display runs until July with free and ticketed event options, driving a hub of activity in the Sydney CBD.