Cees VandenEnden, HortiSource, looks back on half a century horticulture:

"In the past, organic production meant you’d lose at least 30% of your production capacity"

“After 54 years of productive work, I think that it’s time to do something different. Because of Covid-19, I’ve found new hobbies and really paid more attention to family. Now I can do more of that,” says Cees VandenEnden, a recent retiree of the greenhouse industry whose 50+ of experience began in Holland and led him around the world before settling in Alberta, Canada.

“After my schooling, my father asked me what I wanted to do and I said that if he wanted to continue with propagation, I’d like to join. And so I did,” says Cees.

Eventually, his father decided to retire and Cees took over the business. It was time for the greenhouse to expand, but the current location couldn’t support this expansion so Cees found a nice location to build the two-hectare facility. At this point, it was 1977 and the opportunities for expansion simply kept coming but the costs kept rising. When the opportunity for propagation popped up in Canada in 1988, Cees and his family emigrated to Canada. Through an interesting turn of events, Cees worked in propagation for a few years before taking up a new opportunity growing peppers.

Fast-forward another few years and Cees had worked briefly in Mexico and then came back to Canada, this time moving to Leamington to work with Nature Fresh Farms. That opportunity led Cees into greenhouse consulting and to establish HortiSource Consulting Inc. in 2003, through which he worked with greenhouse operators throughout the Americas. When his children moved to western Canada, Cees and his wife moved to Alberta to be closer to their children and have lived there for the past fifteen years. When Covid-19 restricted Cees’ travel, both business and personal, he decided it was the natural time to retire. 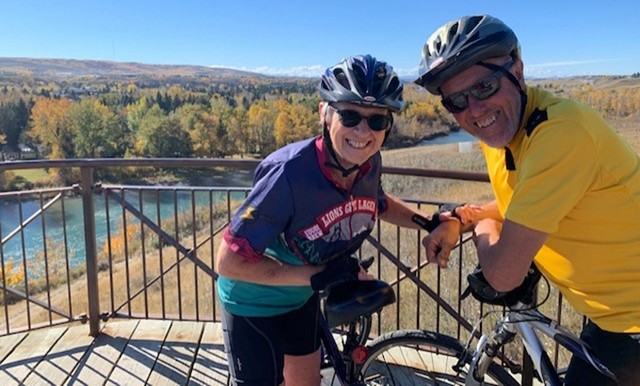 One of the biggest changes Cees expects is the continued shift towards organic production methods through the development of organic fertilizers and completely pesticide-free products.

“In the past, organic production meant that you’d lose at least 30% of your production capacity, but that isn’t necessary anymore. People are now producing organic nutrients that have similar mineral levels as synthetic fertilizers, so the price of organic produce can become more competitive,” says Cees.

He also notes that consumers can expect to see more crop diversity in greenhouse production soon enough. For example, one of his clients in Guatemala was producing peppers alongside tropical fruits like papaya and pineapple, of which Papaya might have greenhouse potential. Even a few growers in Europe are experimenting with this. Soft berry production can also be expected to increase, with strawberries leading the charge followed by blueberries and raspberries.

“Technically, it doesn’t matter what you grow. You can grow anything hydroponically and in a greenhouse but you need to make it commercially viable,” says Cees.

Greenhouse operators not as open as they used to be
While the greenhouse industry has experienced numerous positive changes over the years, Cees also notes that company structure and industry collaborations are also changing, often in a way that closes operators off from each other.

“The horticultural industry was previously pretty open, with growers attending study groups together. Now you maybe have grower contact through marketing organizations, but it otherwise isn’t very open and I’m afraid that it won’t come back,” explains Cees.

Greenhouse operations also seem to be getting larger and larger, with private equity getting involved and companies structured in a more private, capitalistic way. This is making it more difficult for industry newcomers to establish themselves as they’d need substantial financial backing and resources to build quickly and enter the market.

“As much as I like the industry, I think it will be more difficult to get into. You need a lot of capital behind you to be prepared to build rapidly. It seems that five hectares is the new minimum for commercial operations,” Cees says.

But after 54 years in the industry, Cees is trading these greenhouse challenges and opportunities for a well-earned retirement with his wife, children, grandchildren, and newfound hobbies taking center-stage.

Cees, the HortiDaily team wishes you and your family all the best in this next chapter of your life!

This was part 19 in the series 'Andere Tuinbouwtijden'. A series in which a group of 'seasoned workers in the field' look back and forward and in which we look at what their work did for the current horticultural industry. Tips for the series are more than welcome and can be emailed to: info@hortidaily.com

Part 1: Piet Bom - Will your next greenhouse be made of Fiberglass?
Part 2: Henry van der Lans - We slept in the same little hotel...
Part 3: Rob Grootscholten – 42 years of greenhouse construction...
Part 4: Peter Stuyt – As a Dutch American, I like to combine...
Part 5: Leo Alsemgeest - Bit by bit a step back
Part 6: Harry Dullemans – Never say you are not there...
Part 7: Kees de Groot - We must make something different than...
Part 8: Leo Alleblas – The urge for adventure is in our blood
Part 9: Carel Zwinkels - “A grower needs to keep on developing in...
Part 10: Willem van Dorssen - "Willem, watch out for your shiny...
Part 11: Cees and Leo van der Lans - "If you want to do everything...
Part 12: Marten Barel - The development that horticulture has...
Part 13: Hans Zeeman - Grateful our family name still...
Part 14: Johan de Hoog - After a storm, we clean up together
Part 15: Ton van der Kooij - I transformed myself for one night ...
Part 16: Cees Overgaauw - Without a guardian angel I still would...
Part 17: Bram van der Ende - "It took a dog bite for the customer to accept the offer"
Part 18: Henk Koot: "I'm no salesman, but I am good at selling knowledge"