"Growers are best placed to decide own R&D"

Vegetable, flower and potato growers who voted to abolish a statutory levy on horticulture and potato production say that recent comments by the Growers Better Levy Group (GBLG) not only go against the result of two votes on the issue but are patronizing in telling growers how to fill in the current Defra consultation.

Lincolnshire potato and vegetable grower John Bratley says, “There are a number of issues with the latest statements by the GBLG, but the biggest is that it ignores that fact that almost 490 levy payers have already voted against the continuation of a statutory levy. That applies irrespective of who that levy is paid to.

“By its own admission, the GBLG is ‘not a democratically elected board’ and represents just three per cent of those horticulture businesses that were eligible to vote on the continuation of a levy at the end of 2020. In terms of the potato sector, it represents just three growers out of 1,860 eligible voters. Once again, we have a very small minority trying to tell growers and Defra what is best for individual and highly diverse grower businesses. We know from the comments we have received from hundreds of growers that they know what is best for their own businesses.” 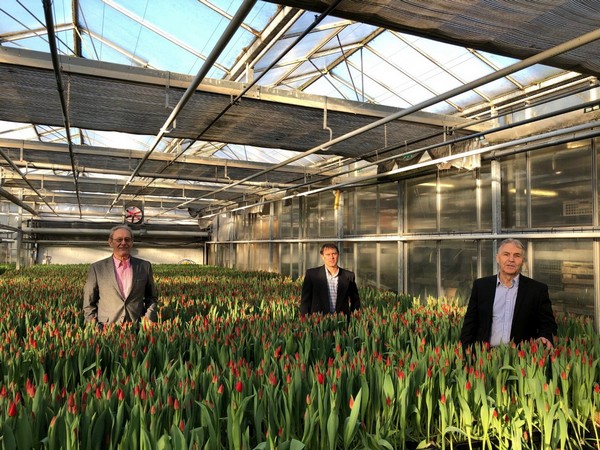 In one recent article1 GBLG admit that the alternative to their proposals is that ‘work will be funded on a voluntary levy basis where only those growers that pay will benefit from the work.’ This is precisely what the majority of growers who voted to abolish statutory levies want to happen.

“The period following the demise of AHDB in the horticulture and potatoes sector has given businesses the chance to take stock and prioritize their R&D needs,” continues John. “For example, top fruit growers have real issues with canker, while many vegetable growers are more concerned about farmgate prices rather than technological innovation at the moment. Post-AHDB growers finally have £13 million in saved levy (as well the £40 million that Producer Organizations will receive annually) to spend as they see fit on their own R&D priorities. It must also be remembered that the substantial tax relief available on such spending would be lost with any statutory levy scheme.”

In recent months a number of organizations in the research and advisory fields have begun to approach grower groups about their research needs, and the signs are that a much more focused and dynamic industry approach to R&D is beginning to evolve. Such direct dialogue between growers and researchers would be undermined by the reintroduction of any new levy body – something which would also require significant parliamentary time to create the necessary statutory instruments.

Spalding-based flower grower Simon Redden criticized GBLG for failing to accept the result of the original levy ballot: “They are like Remainers in the Brexit vote who simply won’t accept the result of the democratic majority. Twelve months after the levy ballot they are trying to rewrite the clear result to suit their own needs, rather than the needs of the majority of growers.” He added “that telling growers how to answer the questions on the current Defra consultation was simply insulting.