"Now, we have a high-quality greenhouse we can be proud of"

KUBO completed a project in mid-December, at the Maasdijk in ‘s-Gravenzande, the Netherlands: a High-Tech Venlo greenhouse for Pligt Professionals. With the expansion of two hectares, the project has now been completed. The new building is equipped for the cultivation of Pot Roses on roll containers. Construction began in November, and the deck was closed at the start of December. Technically, the greenhouse was completed less than two weeks later.

KUBO erected the first greenhouse for Pligt Professionals at Maasdijk in 2017. Phase 1 consists of a 10-meter-high modern processing area of one hectare, with a Second Cultivation Layer above it, and a conventional Venlo greenhouse of two hectares. 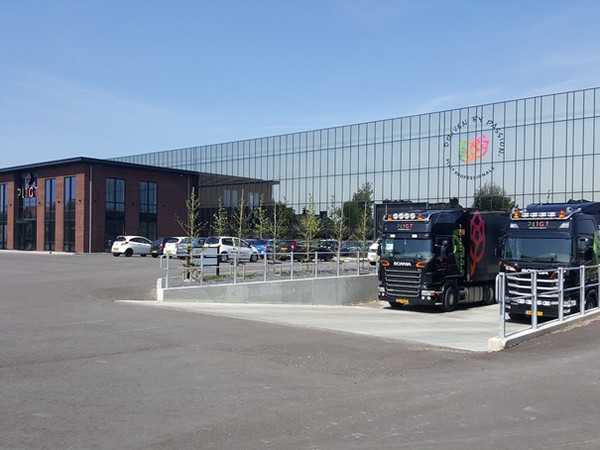 The new greenhouse is an extension of Phase 1’s conventional greenhouse. The greenhouses are being equipped with the most modern techniques, including 100% LED lighting and ISO cutting robots.

Mark Hoogendoorn: ‘We are happy to have a customer like Gert van der Pligt. This can be a critical customer, but you also get great feedback when things go well. We enjoy excellent cooperation. And of course we always welcome our customers. A customer with greenhouses that we can be proud of at KUBO!’

Gert van der Pligt: ‘KUBO has really delivered top performance. The rapidly rising demand for our roses meant that Phase 1 was already too small in just three years. Alongside our customers, in September we decided to carry out Phase 2. Now, 12 weeks later, we have a high-quality greenhouse we can be proud of. And most importantly: we can serve our customers well!’

Like KUBO, Pligt Professionals profiles itself as a dynamic family business. Its origins lie in vegetable cultivation. Soft fruit was once grown in its greenhouses alongside vegetables. Later, pot plants were grown in concrete greenhouses. The company switched completely to growing pot plants after a severe storm caused significant damage in 1972. That was a smart move, because Pligt Professionals plays a prominent role in today’s pot-plant sector. Exclusive quality roses now make up a large part of the year-round flowering season’s range.