Topspin, available as disbud and spray, was introduced more than a year ago by Dekker Chrysanten. This chrysanthemum has become a well-known variety, loved by many for various reasons. Especially for Trade talk, Patrick with OZ-Hami, shared his opinion about Topspin and the reasons why OZ-Hami Topspin is also buying in large numbers. 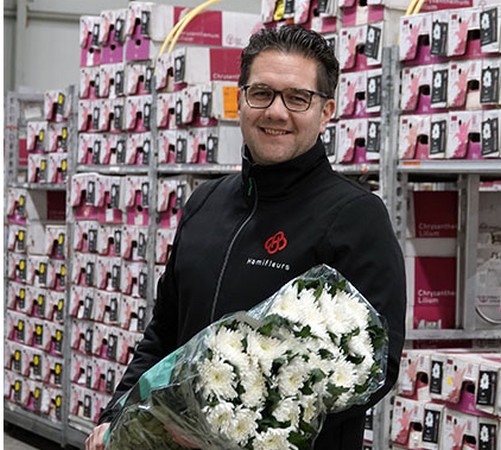 An established name
From America to Japan, from Russia to Australia: all over the world, the flowers of OZ-Hami can be found at wholesalers and in flower shops. Quite an achievement, which has been worked towards over the years. As the name suggests, the current OZ-Hami consists of two parties that decided not too long ago to join forces: OZ export and Hamifleurs. Together, OZ export and Hamifleurs have more than 100 years of experience, and more than 500 employees are now working daily to provide the world with more color. 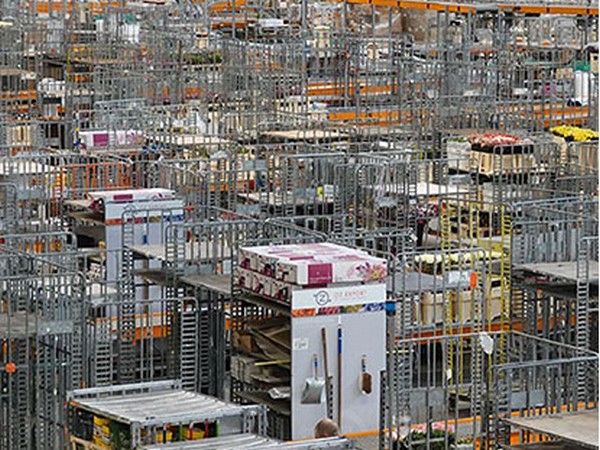 Teamwork makes the dream work
One of those 500 employees is Patrick Rapmund, who, together with his colleague Jan Koolhaas, works every day to purchase the correct amount of the desired chrysanthemum varieties. Patrick focuses on the clock of Naaldwijk, Jan focuses more on Aalsmeer. Nevertheless, buying the chrysanthemums at OZ-Hami can be called a team sport. While buying the flowers at seperate locations, both men are in continuous communication. Madibas, santinis, sprays, and also disbudded chrysanthemums: it is all purchased at the touch of one button. However, we only see a part of the purchased chrysanthemums being purchased here, since a large part of the chrysanthemums are purchased directly from the grower. Via the auction or directly from the grower: it should be clear that OZ-Hami is a major player and that team play is key. 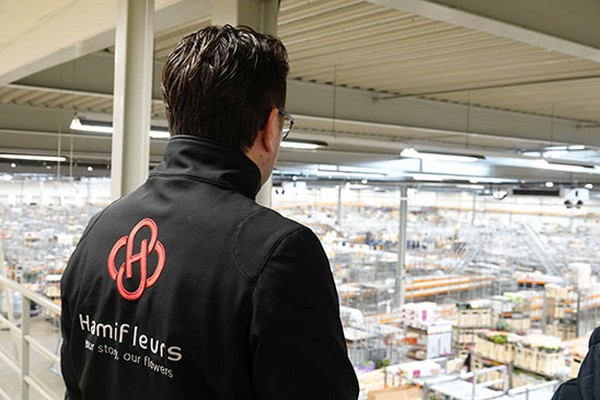 Finally, a white spider
If we walk further along the carts full of chrysanthemum boxes, we also see Topspin standing between them. Topspin, introduced last year, is exported daily by OZ-Hami to over 40 countries. According to Patrick, Topspin's strength lies in several points. First of all, it is one of the few genuinely white spider chrysanthemums currently available on the market. Therefore, regarding the color, he sees a big plus for Topspin compared to other existing spider chrysanthemums. A second feature that makes Patrick Topspin so valuable is its transportability. Some of the purchased chrysanthemums are sometimes on the road for a week, and a variety must be able to withstand that. Topspin perfectly meets this criterion. 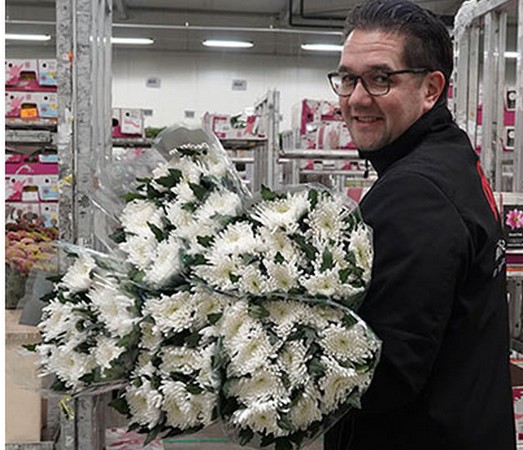 A fun fact is that OZ-Hami is a member of the Dekker Exclusive team, a selection of flower traders closely involved in the development and testing of Dekker varieties in the pre-commercial phase. One of the characteristics for which the affiliated parties test these varieties is the transportability. As a result, Patrick was soon convinced that Topspin would still come out of the box well after a week of transport. Once out of the box and on the water, the variety also has a good shelf life. This is the last characteristic that Patrick mentions as an absolute plus of Topspin. 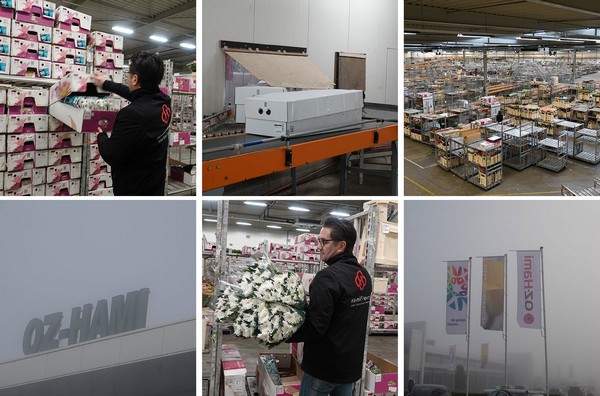 Together we keep our promise
OZ-Hami promises its customer to deliver only the most beautiful flowers, both for the florist and the florist's customer. With a daily delivery of Topspin to more than 40 countries, the variety is helping to fulfill precisely that promise.