Special features in the Brandkamp range of pots

Disbud, large-flowered varieties, not in the traditional ball shape but as "decorative" are in demand. Brandkamp is confident that this elegant form of large-flowered pot chrysanthemums will also be readily embraced by a less traditional, younger crowd.

Against this background, the varieties of the Yeti family are an important new introduction. Three colors (white, bright yellow, and sandy yellow) are launched at the same time. All three offer a long-lasting, dark-colored center. This makes the elegant flowers more attractive with a flower diameter of about 11 cm. 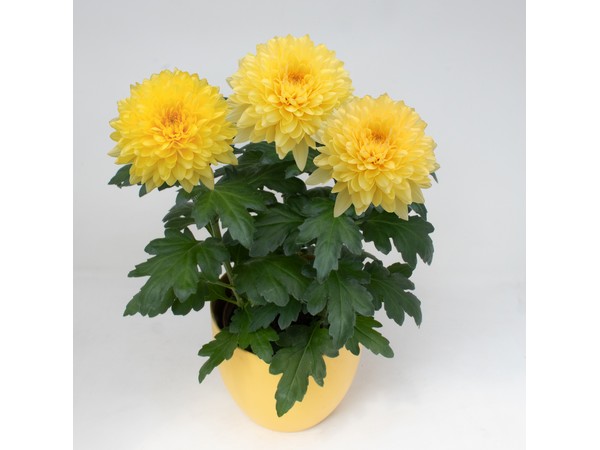 All three varieties grow uniformly and evenly across the colors. The culture lasts only 9 weeks since it is already darkened a few days after sticking. The best crops are 3 cuttings in a 12 pot or 5 cuttings in a 14/15 pot in an untrimmed culture.