BallSB promotes them for Valentine's Day, as something different

"Dahlias: the new symbol of love"

"Travelling without damaging the leaves. When we finally achieved it with our Dahlias, we decided to start supplying them", says Carmen Marquez of BallSB. According to Marquez, demand for Dahlias has been increasing, and now, they even promoted them for Valentine's Day, as something different. "One can use them as an Omen of Love."

No damage
It took quite a while, but at BallSB they are very pleased with their achievement. "After many trials, we were finally able to have a variety that would travel without damage in their leaves from Colombia." 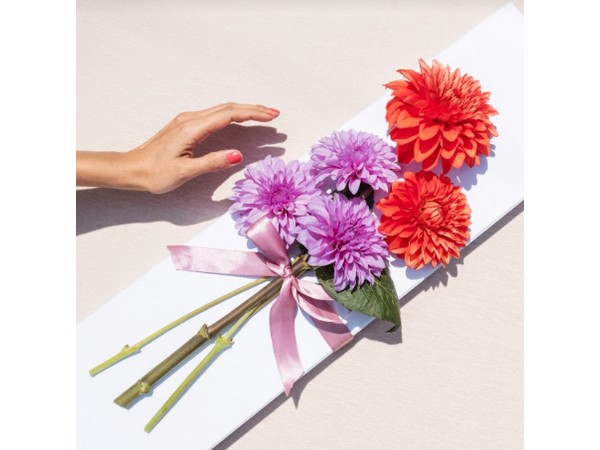 5 varieties
Currently, they supply five varieties in two shapes; the semi-cactus shape (Garnet, Pink Quartz) and the decorative balls (Moon Stone (Genie), Red Stone, and Orange Stone). According to Marquez, the majority of the growers choosing for these dahlias are growers that tailor high-end flowers, wholesalers, events. 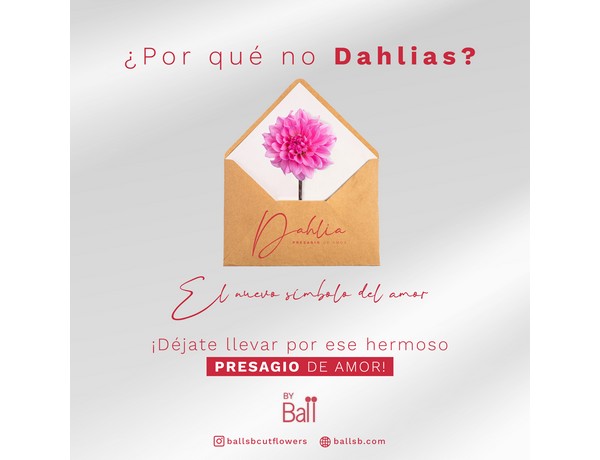 Campaign
Besides the current campaign for the Dahlias to have a natural glamour. BallSB is taking advantage of the Valentines holidays to promote it as something different, and use the Dahlias as an Omen of love. 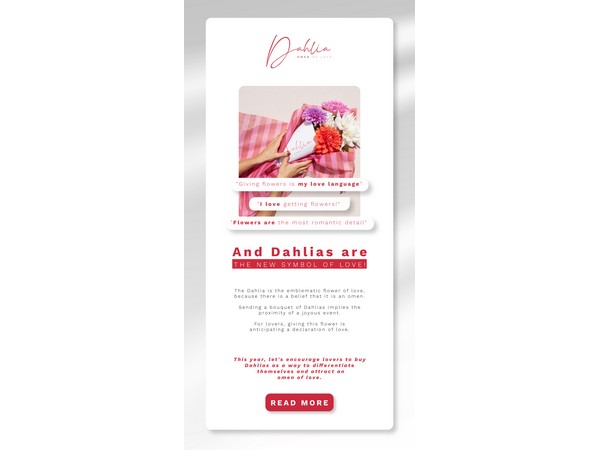