There are some big changes in the pipeline at Highland Potplants. Firstly, Mark van der Voort and Nick Duijvestijn will join grower and owner John Zuidgeest. Secondly, the specialist in Agapanthus will expand. In the coming years, the three gentlemen will be leading the company, further expanding the Agapanthus Amourette brand and taking production and sales to an even higher level. 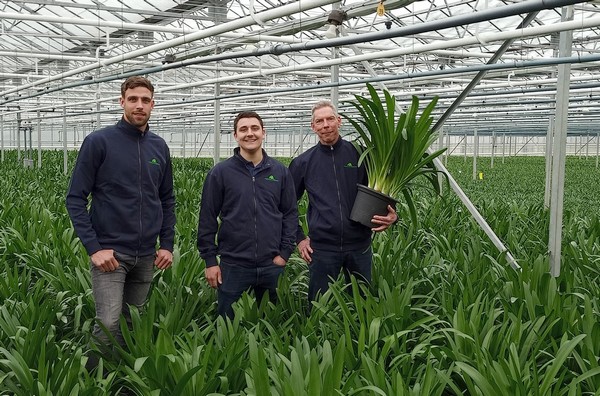 The desire to do something new prompted John to take the plunge from chrysanthemums to Agapanthus in 2005, together with his business partner Paul Zwinkels. In the years that followed, breeding and production were further optimized - with the introduction of the Agapanthus Superb in 2020 as the provisional highlight - while a steady customer base was also built up with the product. Reinforcements were sought to secure and expand this for the next few decades,.

Nick and Mark are two young and ambitious guys who both graduated from the Hogeschool Tuinbouw en Agribusiness in Delft. They see potential in the idea. Through the grapevine, they came into contact with John. Slowly but surely they are mastering all aspects of the business. More or less simultaneously, an extra 5,000 meters of production acreage was added at a stone's throw from the 2.2 ha greenhouses at De Jonghlaan in 's-Gravenzande. And soon another 11,000 meters will be added at the same location. 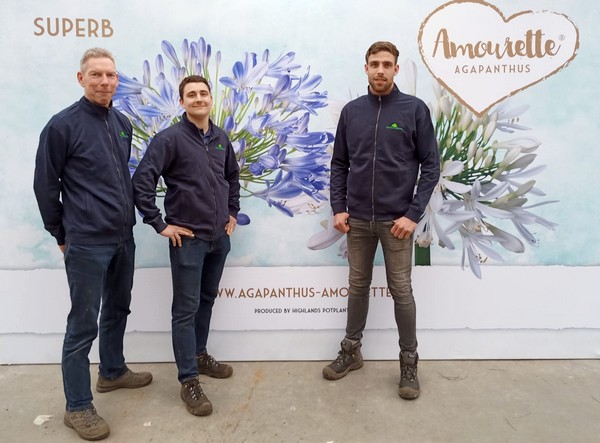 "It's going well. The brand is established, and the market can and wants more," says John. "However, expansion is not a goal in itself. Certainly in our product, where the number of serious suppliers can be counted on a few fingers, you don't just cut down on the numbers. That is why we have always said: expansion is good, as long as there is a clear demand for it and we can guarantee the quality. The extra demand is there now. We have continued to optimize our own selection, which we have been actively developing for over a decade now. We, therefore, expect to be able to introduce some new varieties soon."

Highlands Potplants is primarily known for the Agapanthus, a tub plant available in pot sizes ranging from 14 to 40 cm. This forms the lion's share of the production, in addition to which the grower carries a range of seasonal products. Production and sales take place in spring, from week 15 to week 23. During the rest of the year, the crop needs to be pampered with green fingers and knowledge. Our own starting material comes from Kenya. Once the Agapanthus Amourette is ready for sale, it finds its way to garden centers in the Netherlands and Germany in particular, but also to England, Belgium, France, and Scandinavia.

In the new composition, Mark (22) will focus mainly on cultivation, while Nick (23) will concentrate primarily on commercial activities. Both see a great challenge for the future. "The nice thing about this product is that you have the whole process in your own hands, including breeding, propagation, production, and sales", says Mark. "We both want to do something different," Nick concludes. "Being able to start here in this way is a wonderful opportunity."