For the last 27 years, Rosaprima has been focused on cultivating and curating a collection of roses, and now they are stepping into a new chapter: growing RP Moab. 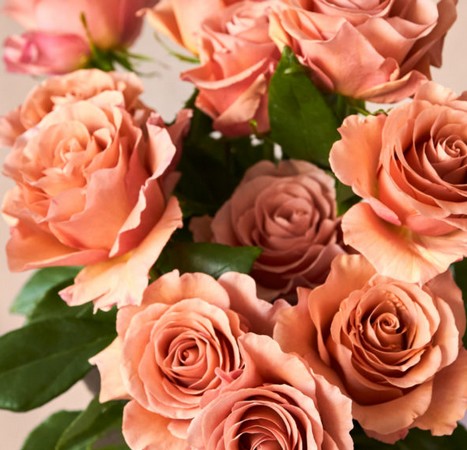 "It is no quick or easy task to create and plant a new rose variety. It is a project that takes months and even years to accomplish. Acquiring RP Moab was a long and challenging process, as it is with any new variety. However, we can boil it down to three major phases: breeding and testing, planting and harvesting, and variety review and care," says Maria José Sotomayor, Rosaprima's Marketing Coordinator.

Click here to see the newest presentation of Moab.

Breeding and testing
The inception of any new variety starts with the breeder. "At this stage, engineers will cross and breed different rose genes (often known as "codes") to produce a specific color, shape, and characteristic," Maria announced. Breeders will typically take between 6 and 8 years before they can even begin to sell a new variety to a farm. At Rosaprima, once the breeder presents a new variety code, they will plant it in their testing area at the farm for observation over the next two years.

The overall aesthetic of a rose is an essential factor to consider, but it's not the only one. "We are also interested in planting a variety with solid traits. For example, the rose plants must be productive. They must have a consistent production cycle yielding many stems each time. The strength of the variety against viruses and mechanical damage is another element that we evaluate along with other factors, including how well the variety will travel, size of bud, length of stems, quality of foliage, vase life, and overall commercial receptivity," she explains.

After thoroughly testing and observing dozens of codes, Rosaprima will conclude this phase by purchasing a code from the breeder. In the case of RP Moab, Rosaprima decided not only to grow it but also to acquire exclusive rights to the rose. 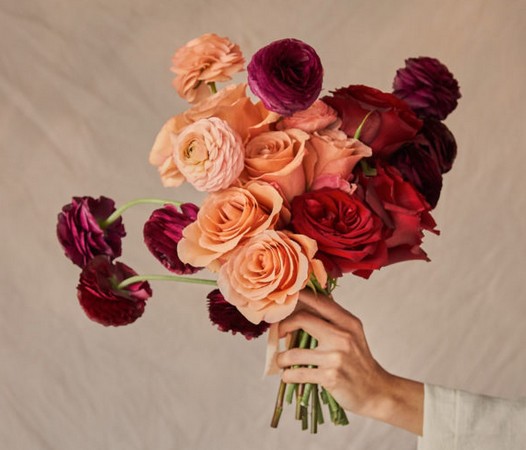 Planting and harvesting
Planting a new variety entails a series of operations that take place for nearly eight months. "First, engineers at the farm will sow a mother stem in enriched soil. Once planted, the mother stem must sit in the ground for approximately six weeks before the new variety is introduced and grafted into the mother stem. Over the next six months, the rose plant will begin to form and grow and eventually produce stems," Maria describes.

"When buds begin to sprout at the top of the stems, it will still take a few weeks before they are ready to be cut. There is a misconception that you should cut a rose when it reaches a certain length; the maturity of the head size determines the cutting stage. The cutting stage will vary from variety to variety, so it's essential to decide on that stage when testing varieties within our observation period," she points out. 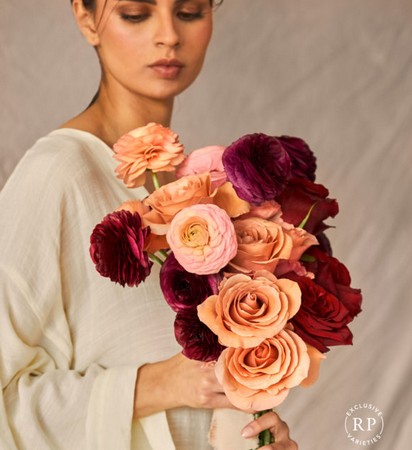 Variety review
"It's fair to say that we are fascinated by RP Moab. After testing this fabulous rose in our observation unit, we quickly knew we wanted to put it in the ground. The rose had a unique and beautiful color; it also checked the boxes of what we were looking for in terms of technical and commercial markers. We found that its head size was large (6cm), the vase life lasted over 11 days, its stems were long and luscious (ranging between 60cm and 70cm), and we recorded its aperture reaching a complete 100%," Maria defines.

"Once we acquired the variety, it was necessary to find a perfect name for it. We knew that we wanted the name to be meaningful and tell a story. Thus came the name Moab." The myriad of colors found within its petals (earth tones, gold, dusty pink) was reminiscent of the desert's sandy dunes and rocky peaks in Moab, Utah, a place known for its red rock formations and vast canyons.

There are several things that both farms and wholesalers can do to properly care for and preserve roses to ensure a longer vase life. Rosaprima places much attention on maintaining a cold chain throughout its shipping process. "Upon cutting, stems are immediately taken to a post-harvest station where they will be hydrated and placed in a temperature-controlled area. After hydration, roses will be assessed, chosen, packaged, and shipped without a break in the cold chain. Preventing gaps in the cold chain slows down the rose's aging process, thereby extending its vase life. Wholesalers can apply the same principles when sorting through their products by cutting (and sometimes recutting), hydrating, and storing in refrigerated coolers between 35.5°F and 43°F. Properly caring for RP Moab will just enhance its behavior."
For marketing inquiries and collaborations, contact Marketing Department at: marketing@rosaprima.com.
In case you're interested in purchasing RP Moab: https://rosaprima.com/order-rp-moab.