Inventor in 1968 of the pleated PVC 'Manchette' to dress pot plants, Clayrton's has set itself the objective of achieving 100% paper by 2030. "We went from 30% to 41% of paper consumed in two years, and we aim for 100% bio-sourced or recycled by 2030", announced Alban-Josse Lepoutre, who runs with his brother, Tristan-Guirec, the company created by their parents in 1968.

After two years of R&D, Clayrton's has developed a specific paper with its suppliers that can withstand water 'without making a blotter,' the two directors underline. 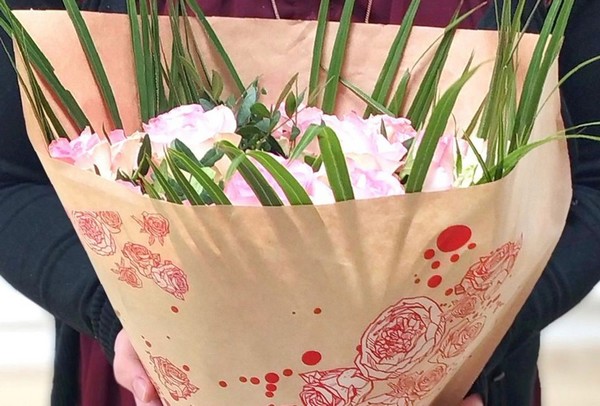 "In the flower market, plastic remains popular. It is more practical, does not absorb water, and you can see through it", explains Tristan-Guirec Lepoutre. "There is also the force of habits, and paper remains 30% more expensive," he adds.

According to the two managers, it is the consumer who will lead florists or large retailers to change their position. "Or a strong new law, as it has been the case for shopping bags," adds Alban-Josse Lepoutre.

To make this change, the company based in Roubaix (North France), which achieved a turnover of 20 million euros in 2021, of which 35% in exports, is investing 3 million euros in four new machines.

In November, two other machines will arrive to make shopping kraft paper bags, an area in which Clayton's has diversified with the takeover in 2014 of the Lyon-based competitor Créastyl. The manufacturer is currently importing these bags from Central Europe.