In Finland, floriculture is done on about 114 hectares. There are roughly 419 flower farms, with an average area of no more than 2,700m2. Production is rarely done year-round, and most sales focus on local supermarkets and florists. Anselmi Hakkarainen, manager of the potted plant nursery Ansari, provided us with these raw figures. "Even though most of the nurseries are small, they manage to survive. They know the local market inside out."

Ansari's greenhouses are in Uro, a village in the southeast of Finland. The flower company was founded in 1969 as part of the 40-year-old Schetelig Group. This group, based in Vantaa, a suburb of Helsinki, supplies, among other things, seeds, seedlings, substrate, and fertilizers to Finnish horticultural companies. "We produce potted plants for supermarkets, wholesalers, and DIY stores. Six large customers account for 80% of our €8 million turnover. Our business currently has a gross profit of €1.5 million, so it's profitable. But, of course, we don't know what the future holds. There are many challenges around the bend," says Anselmi, who replaced his father at the company helm in September. 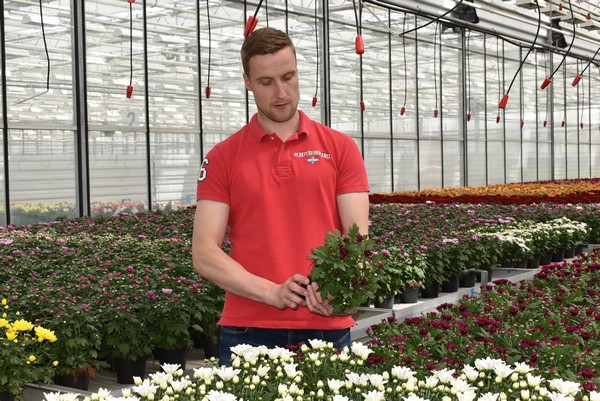 The Finnish flag
According to him, all is well, sales-wise. "Finns like Finnish products - that includes flowers. Also, young plants such as Bacopas and Geraniums are very fragile. So local cultivation has an advantage over imported products from countries like the Netherlands, Germany, and Denmark. Those take three days to get here. As with the products of so many other companies in Finland, our package boasts the Finnish flag: a sign of quality, local cultivation."

Indoor and outdoor pot plants
Ansari does not supply cut flowers, only potted plants. The top five says Anselmi, are geranium (over 600,000 per year), potted chrysanthemum, begonia, poinsettia, and garden chrysanthemum. The company provides flowers for both indoor and outdoor use. They have indoor begonias and potted chrysanthemums available for ten months of the year. Their petunias and geraniums are currently nearing the end of their season, and about 250,000 Mums will leave the greenhouse in August-September. "People want to see something new from time to time, but consumer choice hasn't changed significantly in recent years. However, we're always interested in new varieties, but mainly for cultivation reasons. If we could shorten a flower's growth from ten to eight weeks, it would significantly affect heating costs," he adds.

Not for the free market
Ansari does not bring its flowers to the auction. "We never set up a crop if we don't have a sales agreement in advance. We don't export either; our five major clients are in Finland. Sales increased during the pandemic. People wanted to see how they could brighten their gardens since they couldn't fly to somewhere like Spain. But that boom has already passed. Still, we managed to get a few new buyers. It seems to me, the idea of flowers in your home or garden is increasingly winning over, especially younger people."

Not a single rose in sight
Last week, graduate students filled the streets of Helsinki, each clutching a single rose - sold for €8 apiece. "That's expensive, but those roses aren't from Finland. I suspect they come from Africa. Finland has only one one-hectare rose nursery left. Before the country joined the EU in 1995, there were about a 40-hectares of these flowers. No more. Finnish nurseries couldn't compete; their production costs, especially for heating, were too high. Many companies went under around the turn of the century. We stopped in 2003. If heating was cheaper, cut flower production could be profitable," continues Hakkarainen. 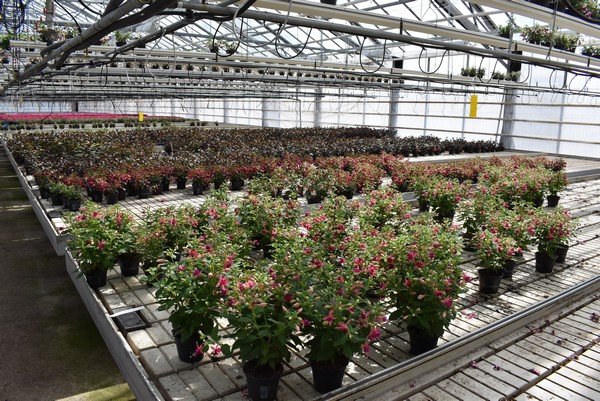 When we visited the greenhouse, most bedding plants were sold already

Turf is cheapest...
Yet, this flower nursery pays only €25 per megawatt-hour for heating based on peat burning, an important energy source in Finland. The company does maintenance on its incinerator in the summer, so, if necessary, it switches to gas, which costs €110/MWh. "Finnish greenhouses, of course, require plenty of heating. And, though geothermal heating could be even cheaper per megawatt-hour, our company is located in an area with a protected groundwater basin. We're thus not even allowed to explore that option. So we depend, at least for now, on combustion energy."

… but the future is at stake
However, it appears the end of peat burning is in sight. The Finnish government plans to halve the country's 2020 capacity use of that resource by 2030. "This measure has led to companies already selling many of their peat extraction machines to businesses in countries like Sweden and Ireland. That could be a premature move, though. The war in Ukraine means Russia has slammed the wood chip importing door shut. Unlike peat, wood chips, a residual product from the wood industry, are considered a renewable energy source," Anselmi explains. 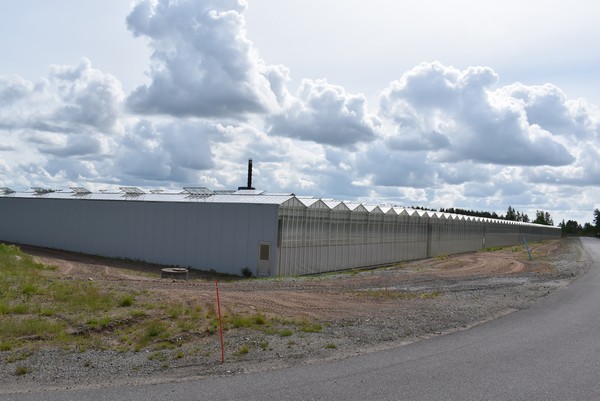 "Burning these chips is supposed to provide the country's energy, according to the government's plans. But, even though Finland has a thriving wood industry, it's not self-sufficient in biomass from wood. So now work may resume on the peat bogs, which cover about a third of the country. But for how much longer?" wonders Anselmi. He is visibly disappointed with the government, which, he believes, not only applies EU decisions very strictly and sometimes hastily it also often even preempts these regulations. 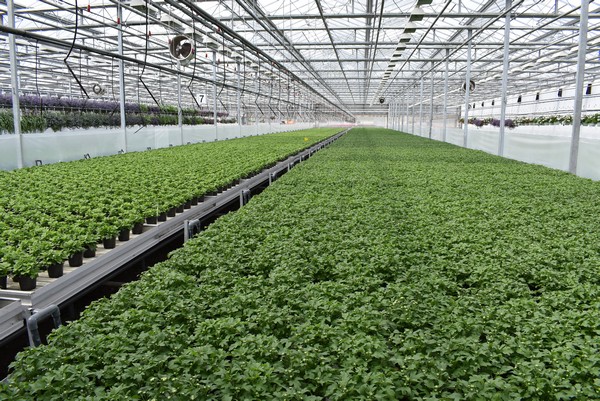 Plants as far as the eye can see

Wood chips: a (pricier) alternative
Ansari estimates it would cost €3 million to build a wood chip incinerator for its greenhouses. "And it would cost around €50/MWh, twice as much as burning peat. And yet, we may have to switch in the future. Here, I'm not talking about government measures but consumer demand. What if two of our five major customers want us to use renewable energy sources? I think that moment is undoubtedly coming. There's an increasing focus on corporate social responsibility, which, in itself, is, obviously, good. But it means an additional cost. Five years ago, we started working with Lidl. That chain requires certificates such as GlobalGAP and ISO. Maybe, down the line, they'll want a certificate regarding the origin of the energy," says Anselmi. 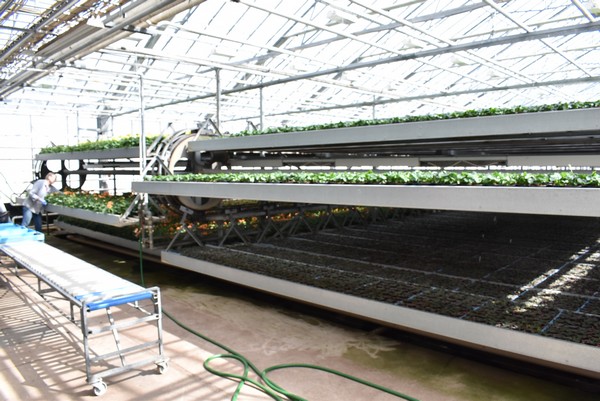 A trial with growing on two layers 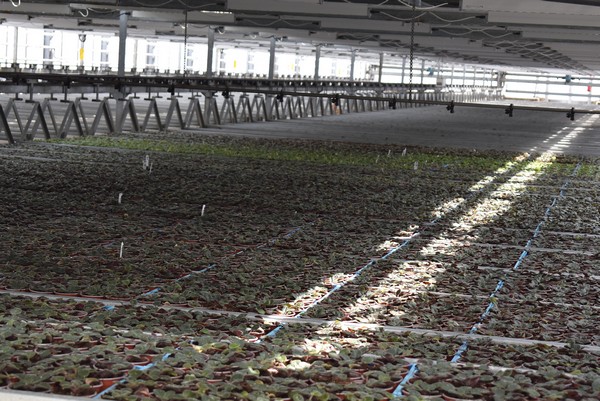 LED's provide lighting to the plants at the lower level

Greenhouse renovation: considerable investment, but lower running costs
Were it to come to that, it would not be the only significant investment the company would have to make in the (near) future. "We have 5.1 hectares. On 3.4 hectares, we have a modern greenhouse with four cultivation managers. Seven growers manage cultivation on the remaining 1.5 hectares. Those greenhouses are outdated and far less automated. The old greenhouses account for 60% of our labor costs and half the energy costs. We have to improve that somehow. We must modernize and automate, not least because it's becoming increasingly difficult to find skilled horticulturists willing to take on responsibility. And our head growers are aging; some will retire soon. But since there's so much uncertainty in many areas, we're going to wait a little longer before taking concrete action." 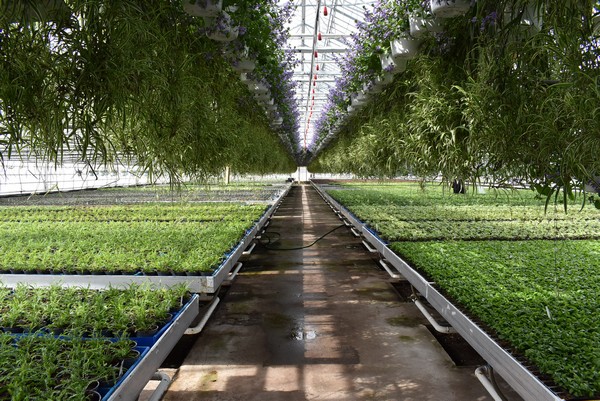 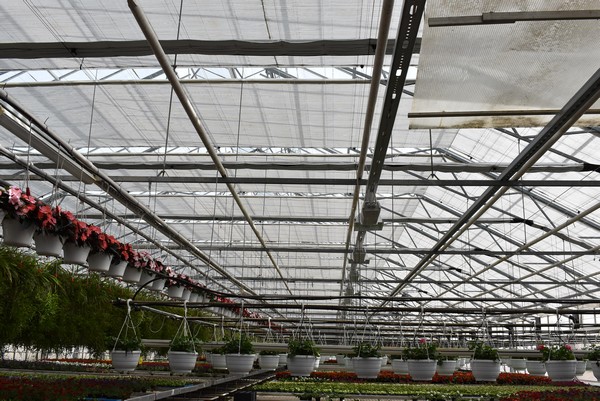 Ansari has 54 permanent employees, and its numbers swell by 25 when you include seasonal laborers, mainly from Ukraine. Ten years ago, the company had 110 employees on its payroll. Increasing automation has cut half those jobs. "We've never had to lay people off; that's always happened naturally. And we'd like to keep it that way. But it's evident that in a few years, we'll have even fewer staff in our greenhouses. These are moving more and more toward becoming high-tech," concludes Anselmi.