Almere residents fear they will pay for Floriade disappointment

Some Almere residents say the failure of the city's Floriade Expo will be coming out of their own pockets after the expo overshot its budget and failed to attract the estimated number of visitors. Almere's executive board offered its resignation due to the financial setback, according to Omroep Flevoland. 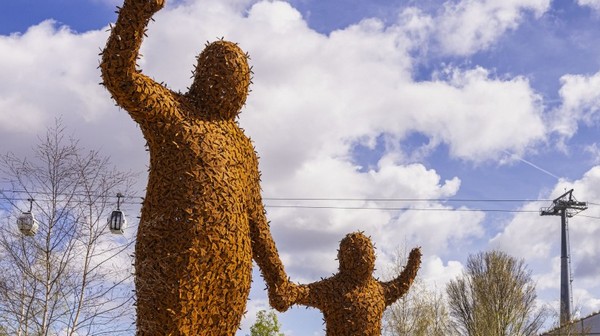 The 34 million extra euros the expo will need to stay open until October does not surprise Almere resident Anouk de Graaf, she told Omroep Flevoland. "It was far too ambitious, this plan."

Almere asked to host the horticulture exhibition, which is held every 10 years in the Netherlands. However, the projected 2 million visitors who were expected to attend did not show up. The 232,500 people who have visited since the expo's opening in April made up only a third of the expected figure –– which involved parties called "terribly disappointing," according to the NOS.

Now, the extra money not generated from ticket sales will have to be made up somehow. "I have a very nice shop here, and I pay tax on it, so that's where it will come from," Almere shop owner Kelly Vos told Omroep Flevoland.

Read the complete article at: nltimes.nl