Montana Lisianthus has been specializing in growing Lisianthus cut flowers for more than 30 years. Back then, this flower was called Eustoma. The nursery produces year-round and is located on the outskirts of Poeldijk, in the heart of the greenhouse horticulture region of the Dutch Westland.

Corine and Frank van Holst are growers at heart: growing is their passion. 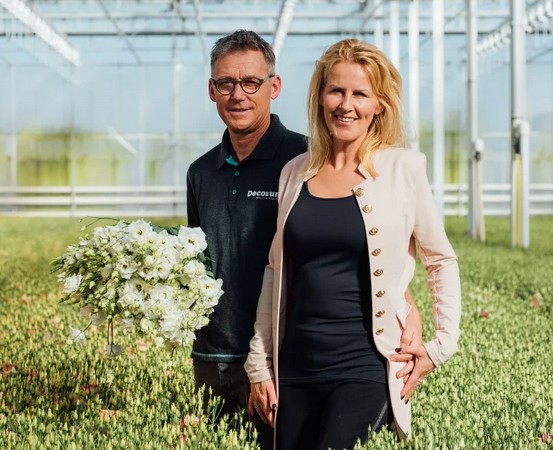 How it started
Frank van Holst had a dream: he wanted to start his own nursery. Having inherited green fingers from his parents, after completing his studies at the higher agricultural and horticultural school, he got his feet wet working in the business world and advising others as a cultivation consultant. He then decided that he wanted to start his own nursery. Preferably not alone, but with a partner. And so it happened that he found one in a delightful, spontaneous young lady from a growers' family, who - according to Frank's dad - has 'golden hands': Corine van den Berg. She turned out to be the love of his life. And that is how it all started.

They chose 'Montana' as the name for their business: Montana is a translation of the word 'Berg' (Corine's maiden name), but with a slightly more upscale feel, just like Lisianthus. In 1991, they started growing Lisianthus on rock wool, jumping right in at the deep end! However, the plant's sensitive roots were not sufficiently robust for this cultivation method. Lisianthus performed much better in the fertile loam soil that the nursery was lucky enough to have. After 7.5 years, new construction was underway. Another 7.5 years later, the land was purchased from a neighbor, and the company doubled its cultivation area. Double-flowered Lisianthus was also included in the assortment. 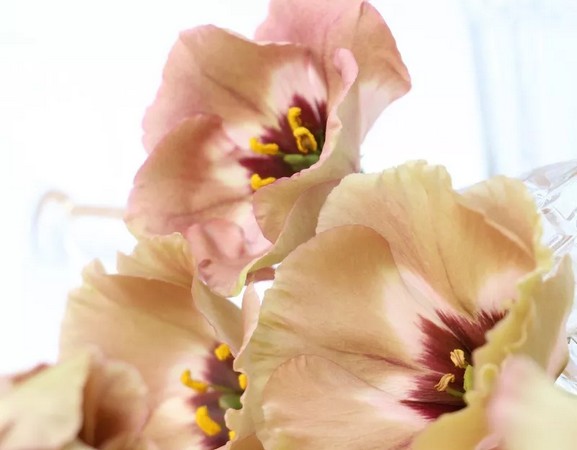 Innovative
Around the year 2000, when everyone was still growing the early Lisianthus varieties, Montana discovered a new variety: Rosita. Frank fell madly in love with the beautiful, firm Rosita flower in the shape of a rose and its buds: like beautifully twisted tufts of whipped cream, which open ever so elegantly. In Rosita, they envisioned a new future for Lisianthus. And they were right. After only a few years, the image of Lisianthus had improved enormously thanks to the long shelf life and high resistance of the Rosita variety. The number of sales abroad increased and this can only mean one thing: the world is at Rosita's feet.