The popularity of niche roses on "Chinese Valentine's Day" has risen

Dingdong revealed that since the overall supply of flowers in the production area is more abundant than last year, the price of flowers has been stable and decreased compared to last year. In terms of quantity, the platform is expected to sell more than one million roses during the festival this year. Among the bouquets as gifts specially prepared for the festival, the highest sales are currently 11-packed red roses, gradient roses, and champagne roses.

The growth of the flower market, on the one hand, comes from the growing consumer demand for better life quality. On the other hand, the rapid development of fresh e-commerce platforms has also accelerated the expansion of the online flower market and has also driven the cultivation and marketing of more niche and high-quality flower varieties upstream.

In addition to the traditional rose bouquets, there are also some daily niche rose varieties on Dingdong that are also being sought after by users, such as Luoshen Curling, Shimmer, Huoling Bird, and Juice Balcony in various colors, shapes, and styles. Many users will seriously photograph the products in the process of maintaining these flowers and share them in the Comments and on various social media. 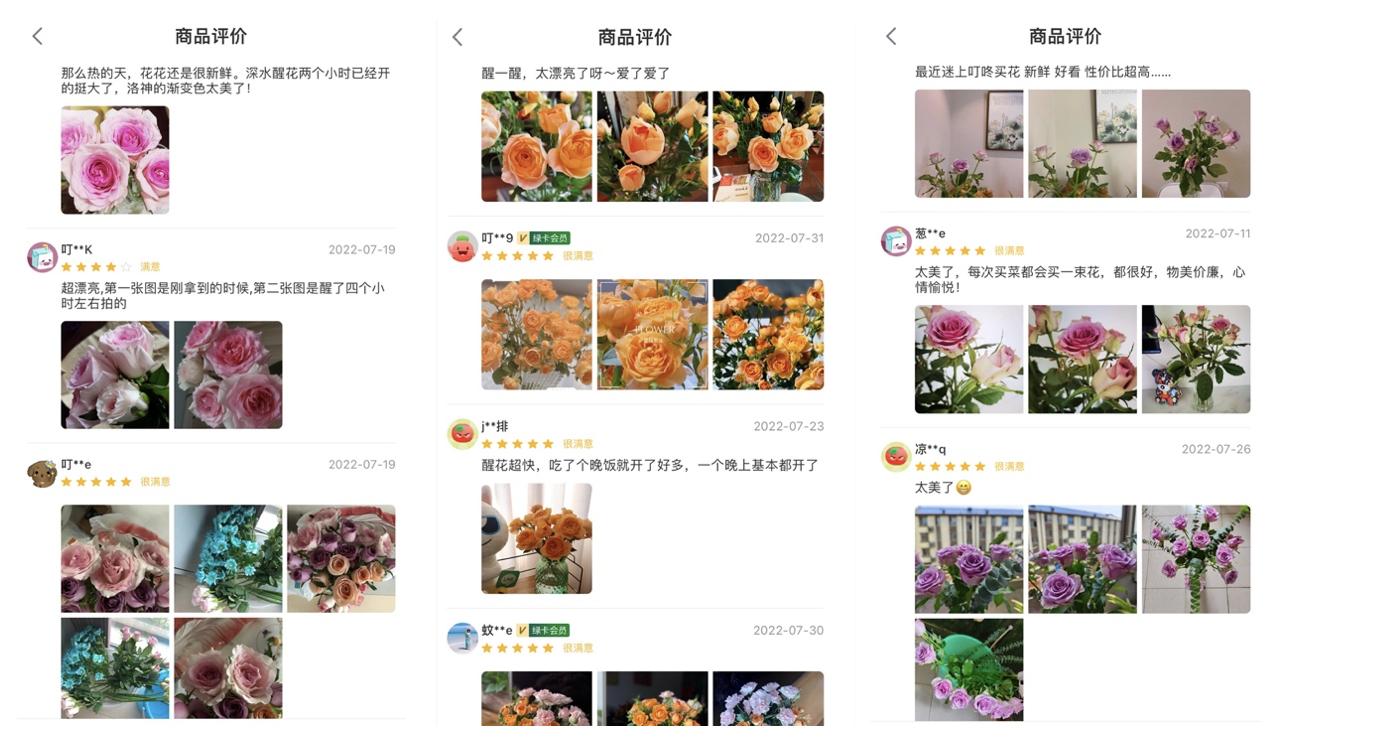 Yu Shui, Director for Product Development and spokesperson for fresh flower products at Dingdong, said that as of this year's Chinese Valentine's Day, the number of rose categories offered on the platform has increased by nearly 50% year-on-year. Among them, the popularity of niche rose varieties, especially new varieties, has been rising. It accounts for more than 10% of the overall rose sales. In such festivals, in addition to the traditional red roses that express the sense of ritual, many users will also find another way to choose more personalized rose bouquets for their loved ones or themselves.

Among the many roses, there are many new varieties that have only emerged in the market in the past two years, such as the Juice Balcony rose, with the characteristics of a long flowering period and easy opening. The main color of Juice Balcony Rose is orange, but the color will change with the degree of blooming. When it opens until the fourth or fifth day, the flower color usually changes from orange to orange-pink and finally shows a light pink tone, which is extremely fun to maintain and is very popular with female users. 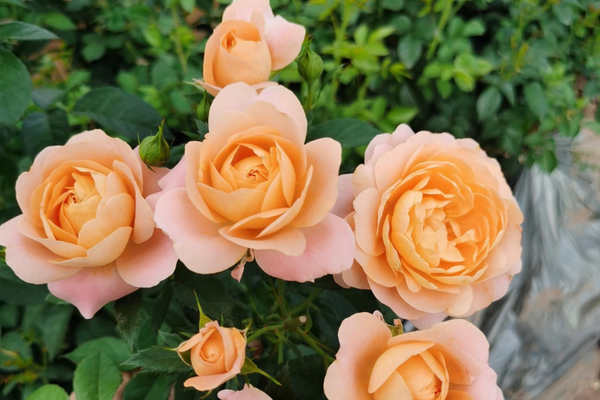 However, in the traditional flower sales market, due to the small planting area of ​​new varieties such as Juice Balcony, it often takes a long time to open the market through traditional channels, so they were less well known in the first two years.

At the end of last year, Dingdong signed a planting order for 2 hectares of Juice Balcony roses with a professional flower planting cooperative in Yunnan. After half a year of careful cultivation, Dingdong finally successfully put this special rose on the shelves of Dingdong before Chinese Valentine's Day. At present, the base supplies nearly 10,000 fresh roses with fresh branches and leaves, branches with a length of 45-55cm, and more than five effective buds to Dingdong every day on average, and sends them to Dingdong in different areas through special cold chain vehicles throughout the whole process. From the time the flower is harvested, the delivery staff of Dingdong can deliver the freshest roses to the user's home in the early morning of the third day at the earliest.

It can be said that the involvement of fresh food e-commerce platforms has accelerated the reach of such high-quality varieties to users and has also brought more planting confidence to upstream growers.

It is important to know that in the process of traditional flower planting, small and medium-sized growers still have a strong dependence on the special holidays, and they inevitably have the mentality of "betting" sales and prices in the process of planting and supplying. However, when the online daily flower channel matures, upstream growers can understand the market demand in advance so as to have more stable and large-scale orders, which will inevitably encourage the source to expand the planting area of high-quality flowers and it will bring more resources to the promotion and planting of characteristic niche flower species.

Dingdong also revealed that as of now, the overall penetration rate of flower users on the platform has increased significantly compared with the same period last year, and the scene of flower purchase has gradually become a daily routine, and "buying vegetables with a bouquet of flowers" has become a habit of many users.