"Every country has its own chrysanthemum preferences"

Every month Dekker Chrysanten uses Trade Talk to highlight one of the trading parties that sell varieties of their chrysanthemums. They learn more about the company, the relationship with the breeder, and their experiences with one of the many chrysanthemum varieties Dekker has launched on the market. This month they visited Hoek Group. 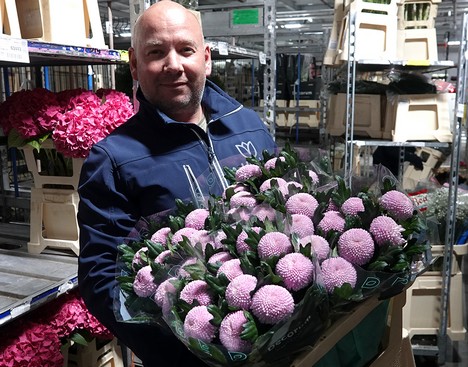 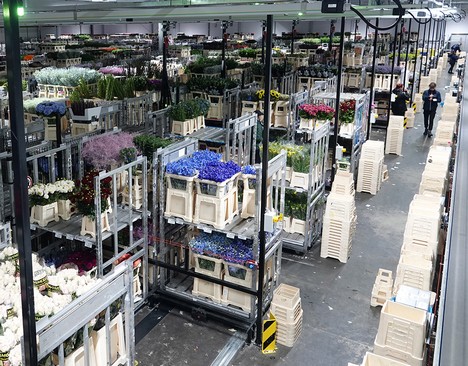 A cornerstone for florists
Anyone who enters the FloraHolland Rijnsburg auction site cannot ignore them: Hoek Group, a close-knit family business with more than 40 years of experience in the worldwide flower- and plant trade. The Hoek family once started their own flower shop, but now the Hoek Group has no fewer than four "branches": Hoek Flowers, Hoek Wholesale, Hoek Commission, and Hoek Handling. The Hoek Group serves florists spread over 52 countries, and they have now grown into a true cornerstone for florists.

Driven by flowers
In 1979 Peter Hoek started a flower shop together with his brothers. However, after having built up 'Fleurado' (the name of the flower shop) in only five years' time, the flower shop was sold again. Entrepreneur Peter Hoek just knew that there was more in store for him. Full of passion and enthusiasm, he bought a refrigerated truck and drove all the way up to the south of France. Again, Peter's enterprising character was proven because the import of Southern European flowers soon supplemented the export of Dutch flowers. In this way, the foundations were laid for the current Hoek Group. 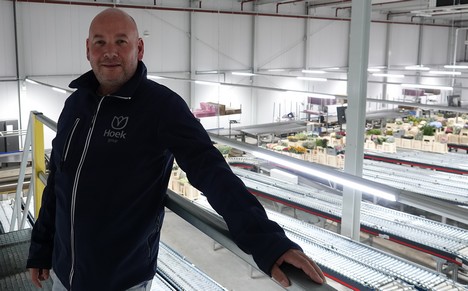 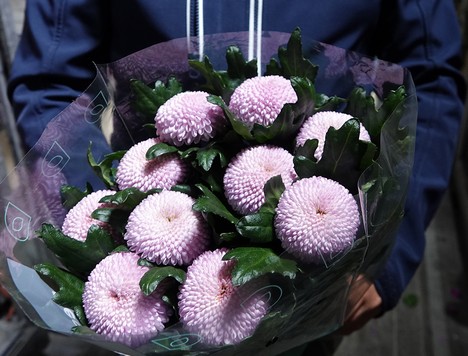 A flourishing family business
Hoek Group now has several branches, and Peter's five sons also work for the company. With its four branches, Hoek Group mainly focuses on the import, export, and wholesale trade in flowers, plants, and accessories. In addition, the Hoek Handling group offers the possibility of repacking, mixing, wrapping, or splitting flowers and plants. Hoek Group, therefore, provides an answer to almost every conceivable question from the florist. And with the planned new construction, the possibilities of the group will only continue to grow and flourish.

The chrysanthe-man
Every day, the people of Hoek are committed to fulfilling the Hoek Group promise. One of these persons is Dirk Kromhout, responsible for purchasing chrysanthemums. Spray, disbud, Santini, and Madiba: with more than 20 years of experience, he buys the complete range daily. Within Hoek, the chrysanthemum is the second largest segment within the total assortment. Dirk sees a clear difference in preference for certain types of chrysanthemums per country. For example, the English florist remains a big fan of spray and disbud chrysanthemums, but the Danish florist still prefers the Santini. Walking in the cold store, however, you can see the full range of chrysanthemums, including the pompon-shaped disbudded chrysanthemums from Dekker. 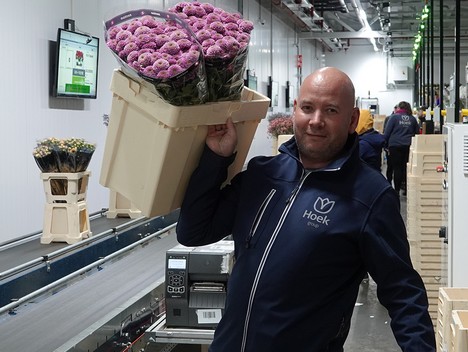 A must-have
Whereas the pompon-shaped disbuds used to be especially popular around November 1, Dirk now sees a daily demand for this flower shape. For example, the Dekker variety Momoko was previously ordered mainly by Catholic countries such as (South) Germany, Austria, France, and Italy for All Saints' Day. Now, the variety is an absolute must-have on Dirk's daily list of ordered chrysanthemums. And it is not only the customer who loves Momoko. Dirk himself also thinks it is a tremendous variety. The large flower, the beautiful color, and the perfect transportability make Dirk also a big fan of Momoko.

A prosperous future
A little further in the huge cold store of Hoek Group, you can not only see the pompon-shaped disbuds. The pompon-shaped Santinis such as Doria and Jeanny are also in great demand among the group's customers. Dirk says resolutely with Euro, the white spray chrysanthemums that Dekker introduced many years ago. Within this ultramodern company, the now well-known Euro is even one of the best-selling spray chrysanthemums.