Dahlia fields to delight on family farm in Michigan

After stepping into the colorful Flower Fields and a greenhouse full of gerberas in California for Certified American Grown first two Field to Vase Dinners of 2022, they’re excited to take the next dinner to the midwest in Summer Dreams Farm in Oxford, MI. Located about an hour north of Detroit, this beautiful dahlia farm is owned by Michael Genovese. 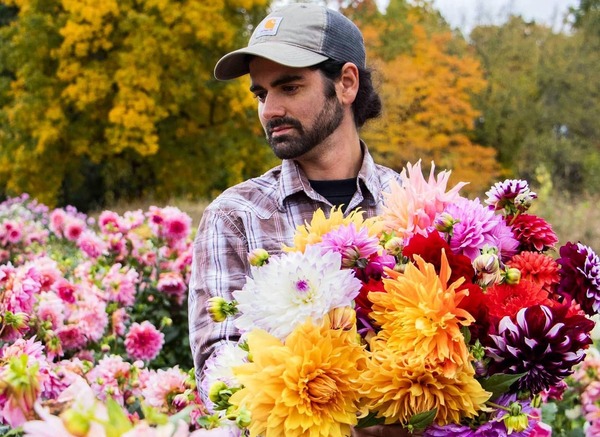 Farming has always been in Michael’s blood. Although he only started Summer Dreams Farm in 2015, his own personal and family history with farming goes much further back. Michael grew up on a Christmas tree farm started by his parents in the 1970s and has worked on a farm in some form most of his life, so it’s no surprise he decided to pursue it as a career. He received dahlia tubers as a gift in 2012 and started out growing them as a hobby and giving them to friends. “I fell in love with the flower because it’s so unique and special,” Micahel said. After seeing how much people enjoyed his flowers, he decided to take up farming permanently and eventually quit his office job.

Around the time Michael started Summer Dreams Farm, he became involved with Certified American Grown as well. His business was struggling at first, but after being discovered by a local florist, he soon made connections within the region. From there, he was invited to a Field to Vase dinner nearby and eventually met Certified American Grown’s executive director and many others in the community. 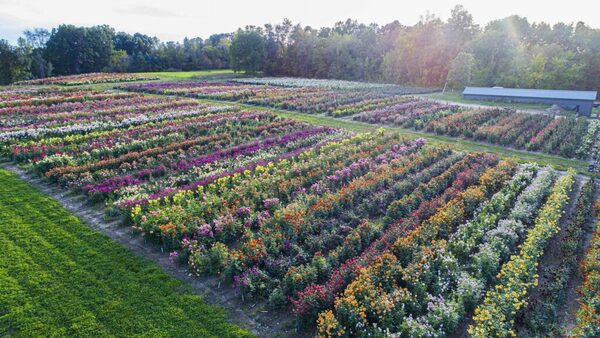 Michael has come a long way in just seven years. Summer Dreams Farm is currently one of the largest dahlia growers in the midwest and the entire United States!

This upcoming Field to Vase dinner will be Michael’s first time hosting. After attending a dinner for the first time in New Jersey a few years ago, he knew that he wanted to host one in the future. He immediately felt excited about Field to Vase’s mission and goals, as well as the concept of spreading awareness for domestic cut flower and foliage growers. And that is exactly what Michael plans to do. To him, Field to Vase is more than just a farm-to-table experience. It’s an opportunity to educate consumers and help them understand a different way of life. 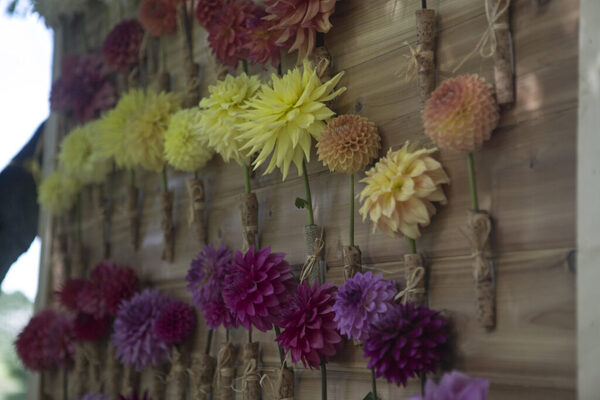 At this dinner, attendees can expect what Michael likes to call “an interactive growers’ experience.” People will get to experience the farm in a way that has never been possible before. He plans to set up a large display of all the varieties of dahlias he grows, and there will be another special 360-degree dahlia display that guests will surely love. Those in attendance will also have the opportunity to view the farm equipment on display and walk through the fields on the VIP Farm Tour. Michael hopes that people walk away from the experience with new knowledge and understanding of his craft.

If you want to see Summer Dreams Farm in all its glory and be part of this amazing experience, buy your tickets today. Hope to see you at the dinner table on September 18 in Oxford.