The journey of an AAS winner from seed to garden

The All-America Selections Display Garden has been part of the Horticulture program at the University of Saskatchewan for more than 15 years.

The location of the garden has changed over the years, from a shady area at the edge of an arboretum to a sunny area that lacked a lot of public traffic and finally to its current location, which is a beautiful, sunny area with significant daily foot traffic:  the main south entrance to the College of Agriculture and Bioresources building on the University of Saskatchewan campus in Saskatoon, Saskatchewan, Canada. 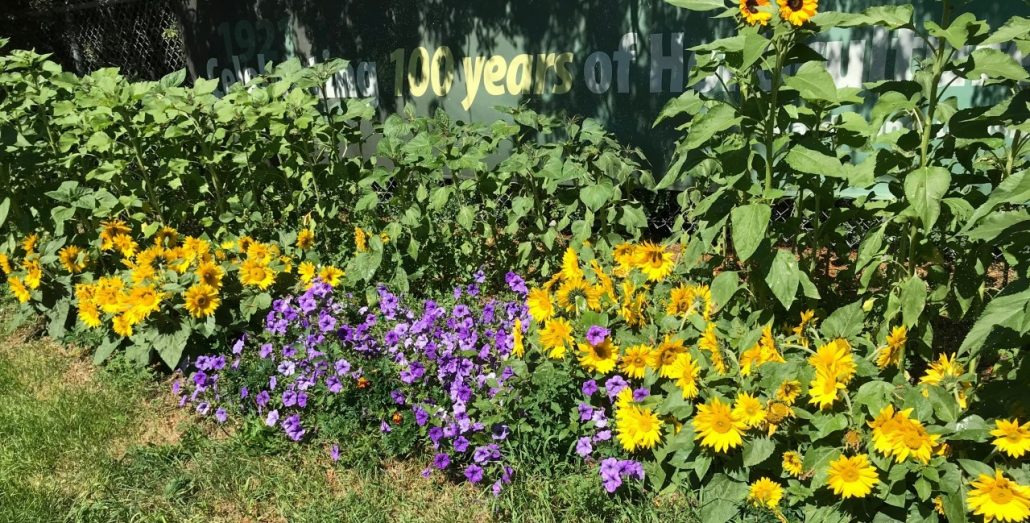 Soon after they arrive, seeds are sorted according to their seeding date. Apart from a few of the vegetables, most of the selections are started as transplants in the greenhouse. The earliest that seeding has occurred in the greenhouse is January:  Cheyenne Spirit and PowWow Wildberry echinacea seeds. Starting the seeds this early allowed the seedlings to experience a month of cold treatment in 4°C coolers in hopes of promoting better flowering during the growing season.

The All-America Selections transplants are seeded by hand and started in agriculture research greenhouse. Built-in 1992, this glass greenhouse has artificial lights (HPS) and day/night temperatures of 22°C/18°C. As soon as some seedlings germinate, the trays are moved out onto regular greenhouse benches where they are watered by hand. A weekly application of soluble 20-20-20 fertilizer with micronutrients is applied in the greenhouse.

About one week before planting out, the greenhouse transplants are set outdoors in a shady, protected location to harden them off before transplanting outdoors. Transplanting, direct seeding, weeding, and watering are done by Horticulture Field crew. This crew consists of an undergraduate university student, a seasonal full-time field technician, and the field manager.

Initially, the All-America Selection beds are watered about ½”/week, and later in the growing season, the beds receive 1” water/week. Saskatoon is in a Prairie climate which can be dry, so overhead irrigation is provided as necessary. The climate in Saskatoon can vary immensely from year to year. So far, the 2022 growing season has been a bit wetter and more cloudy than usual: the All-America Selections plants are later than usual. In 2021, the growing season was extremely hot and dry: the 2021 AAS garden would have been dead by mid-June if it were not for the overhead irrigation. 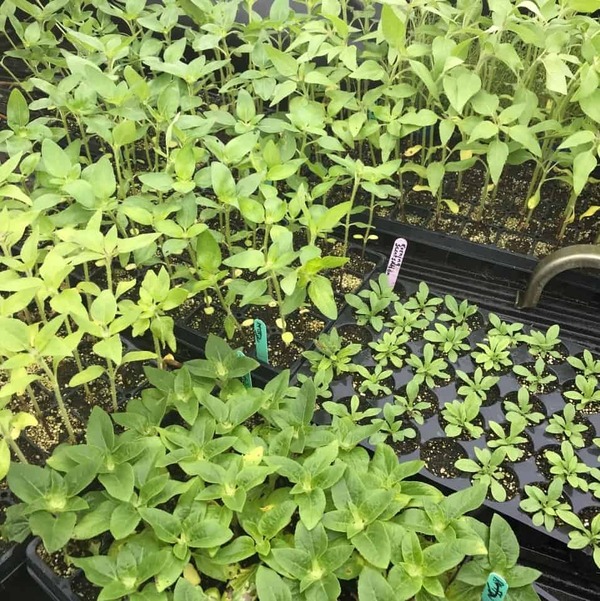 The cold winters and warm, dry summers of Saskatoon are perfect for preventing many diseases or insect problems in plants. Brassica plants are the exception. Saskatchewan is an agricultural province with canola (Brassica napus) being one of the major crops in production. Because of the huge acreage of canola being grown, gardeners have a major problem with pests that attack brassica crops: flea beetles, imported cabbage worm (Pieris rapae), and root maggots. Any of the Asian greens, broccoli, kale, or cabbage that are grown in AAS garden must be transplanted as flea beetles easily destroy the seedlings. As these crops mature, crop covers, or registered insecticides, are used to control the cabbage worm. Unfortunately, there are no insecticides available to home gardeners for root maggots: a certain percentage of brassica plants are always lost to root maggots.

A common pest in Saskatchewan is the Richardson ground squirrel (Urocitellus Richardson). In the past, the AAS vegetables were interplanted with the AAS flowers in the garden however, the flowers often crowded out the vegetables. The AAS garden is now divided into two separate areas: an AAS Flower garden and an AAS vegetable garden. Every year the flower garden, initially, is more popular than the vegetable garden. However, as soon as the vegetables ripen, they become the focus of attention and are harvested and eaten by passers-by.