"The energy situation really worries us as a small nursery"

The current gas price situation is causing quite a stir among both the average Dutch person and greenhouse growers, where it is especially noticeable among small-scale businesses. Strelitzia Kwekerij Blok is one of these small-scale businesses in the ornamental plant sector. Owner Leo Blok gave his opinion on the situation on the company's Facebook page and explains it in more detail in this article. 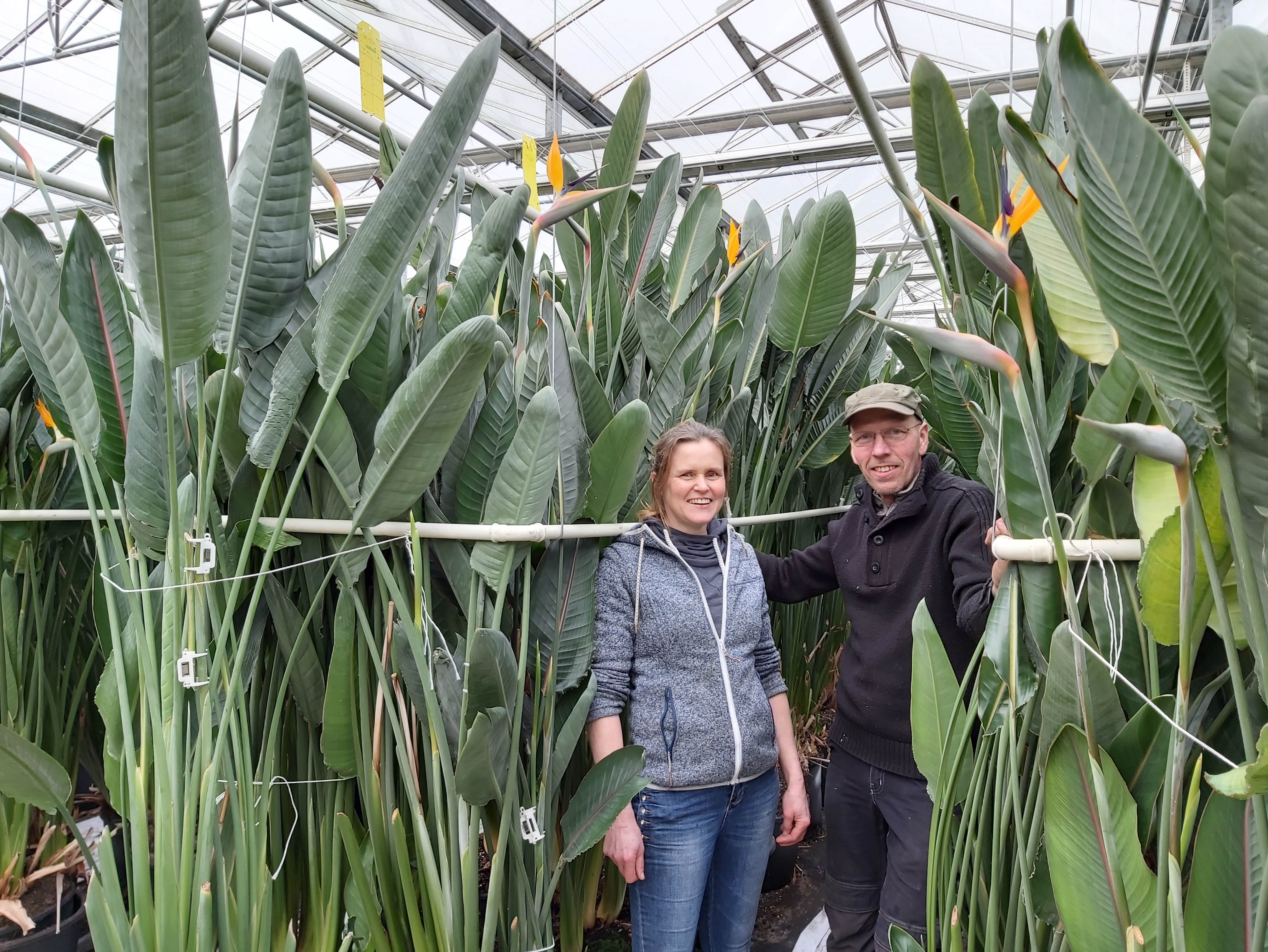 Leo with his wife and business partner Marlies

Doomsday scenario
The Facebook post, with the catchy headline 'our doom scenario,' will have quickly caught the eye of many page visitors and addresses the situation the nursery is in and the possible future should the situation continue to deteriorate. "It is also not purely my opinion, but also what I hear around me. That's how I put it," says Leo Blok about the message.

In the message, Leo talks about the insufficient supply of gas that he believes could cost the ornamental plant industry its head. He says that for him, the gas supply will be the first to be cut off if it becomes necessary because supplying households will be the first priority. But the damage this will cause to the ornamental plant cultivation sector hasn't been sufficiently highlighted, according to Leo. Plants of almost 17 years old can be lost without sufficient heating, not to mention the energy costs.

"For small-scale greenhouse horticulture like us or other sectors that choose to remain small-scale, this policy is unacceptable. The mega-firms are being lavished with subsidies or tax exemptions for innovation or employment, while the small businesses are being subjected to thick taxes for Sustainable Energy Storage so that innovations are no longer feasible."

The difference between big and small
And there is certainly something to be said about the latter in Leo's situation. Six years ago, the company made investments to reduce fossil fuels and also benefit from a better greenhouse climate through dehumidification. That was the underlying idea. Now the grower uses dehumidifiers on electricity. That has saved them 60% on gas. But then the Sustainable Energy Stamp came along, and it turned out that small-scale companies that had invested in sustainability suddenly found themselves much more expensive. "Then it's the smaller you are, or the less you use, the more expensive you are. For small players, it's impossible to imagine paying more because you use less."

Leo's experience has shown that buying big can quickly save you as a grower 4 cents per cubic meter of gas, which therefore encourages you to invest and become bigger as a company, something he himself does not like. "You are almost forced to become bigger, that is what this was created for. I try to reflect that with a pinprick sometimes, and not to piss off the big ones, but it's mainly about the mega-companies that hardly have to pay any tax while we are presented with the bill." 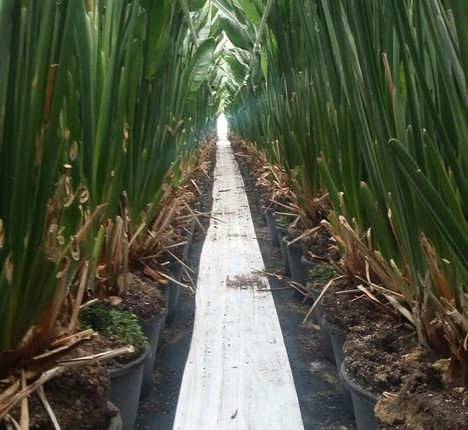 Normally the nursery buys its energy one or two years in advance, but because they are small consumers, they are not allowed to buy in the last two years and have to go with the fixed price pool. "I don't care about that then, but we had one year when we were not allowed to buy in. That was last year, and that was still a reasonable price compared to now. It was 27 cents back then compared to 89 cents this heating year, and after the energy tax, you quickly end up with 1.25 per cubic meter. That does have an impact on us."

"We grow hot through the year. You can put strelitzias cold in the winter, around 3 to 5 degrees. Then you don't harvest until April and go with the weather. We grow in the winter warmer and so we have a spread flowering from October to May. But with these prices, I can't keep the plants warmer in the winter. I keep the temperature as low as possible. And so then you come to the market with the mass and that will show in the yield. Normally we keep them at 13 degrees, then you keep the pace, and you keep a continuous labor pattern. So now the flowering has to be later."

Small but nice
Despite all these challenges, the nursery itself has chosen to be small-scale indeed. Since Leo took over the company in Brielle from his father in 1989, they have scaled down. Where the company then grew tomatoes on one and a half hectares, which was big at the time, they switched to growing flowers in 2000, and since 2010 they have been growing from Luttelgeest on 5000 square meters. "Everyone is going bigger, but we just picked the challenge of going small-scale, with no staff. But you have to find a product to go with it. You don't have to start tomatoes on a small scale. You have to raise your profile at the auction with something."

But why exactly small-scale? What's the advantage of that? According to Leo, that's hardly a question. "A mass product, you can't distinguish yourself with that, too much competition. Cultivation is challenging. Developing the crop yourself in your circumstances is what we choose. We do not compromise on quality by changing the growth process, the growth rate of the product, and the recording of sales. It is relying on your own product quality and thus getting your added value from the market. This is a small scale for us, earning your pennies with green fingers and getting dirty fingers yourself!"