Iberflora interviews Isabelle Falger, manager of the marketer Valencia Plant Export, and that is part of a saga of professionals dedicated for decades to the ornamental plant. His grandparents were ornamental plant producers in Germany and later his father Rolf Heusser dedicated himself to marketing. De facto, Heusser was one of the first international guests at the fair. Isabelle Falger fell in love with Valencia on a trip and put down professional roots, opening for the family business a new business opportunity between Spain and Germany that became Valencia Plant Export. Since then Isabelle is a benchmark for the international sale of the sector. 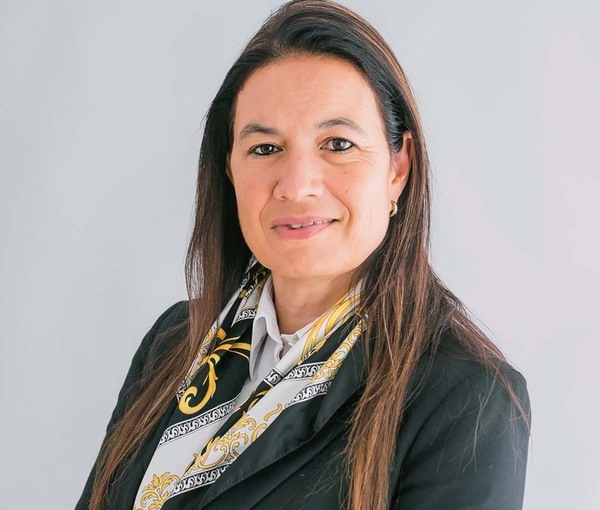 Valencia Plant Export was established in 1999 in Spain, and gradually this family business was moving to settle in Valencia definitively. What were those first years like when Isabelle Falger embarked on a business adventure in a foreign country??

"My father was an importer of ornamental plants in Germany and I followed that path. I was in charge of making the purchase of plants for him in the year 99. It was a seasonal job., in spring, and it was very simple that unlike today could be done by a single person... The problem at the beginning was the language but the Spaniards were always very open to someone who knew how to connect gestures., with non-verbal language. Over time as I studied business and did the Erasmus in Cádiz and internship in Valencia, improved the language. And it is that knowing the language is the first step to be able to set up a business abroad, connect with people and understand the mentality of each country."

Valencia Plant Export recently fulfilled 20 years of experience, How does she assess the evolution of the company in all these years??

"In the early days, we had to teach nurseries how German chains could be served uniform and clean production., because the German market needed a perfect product for its final sale. So, initially, the important thing was to establish quality standards. As well, you had to convey to the nursery what the client's needs were, to know what they had to produce. Subsequently, professionalization has occurred in the labeling and transport of the product and its protection. In the last 6 7 years, the most important thing has been to be up to date on all European legislation on sustainability or plant health. Today we have to worry about thousands of things to comply with the markets and their rules."

"Regarding the company's figures, we are tripling in 22 years the volume of sales we had at the beginning of our journey. We are also tripling the volume of work we have gone from being a two-person company to the current eight."

Although the beginning of the pandemic was convulsive for the sector, in the medium-long term a boom in Spain in the consumption of flowers and plants has been confirmed. Has this boom also occurred in Germany? even though the country already had a more rooted plant culture than Spain.

"2020, the year in which the pandemic started, the crisis affected us a lot negatively because it caught us at the peak of the campaign. About Us, at 10 weeks we do 90% of the business of the year and the total confinement happened in that period so we lost until the 40% sales. Still, seen as a whole, 2020 was a pretty good year, since once we already had to have lost the 40% and we knew he wasn't going to recover, finally we were able to extend the campaign. People bought a lot of plants and the losses were left a 30%. It was a very tough year.2021 was our best year, recovering the sales of 2019, which had already been very good."

"The German market is more stable while in Spain there are more ups and downs since depending on the economic situation of the country is spent more or less in the garden. However, the German flower and plant market depend on tourism, since, if German can go on a trip, does not invest so much in the garden. And that's what we've seen in May of 2022. People were so eager to go on a trip that in mid-May the sector stopped and had a leftover plant that was already sold."

"We must also bear in mind that every year is different in our sector and therefore we must be one of the most flexible sectors because we depend a lot on the weather and the economic situation."

Today Valencia Plant Export is very involved in different associations and sectoral organizations. In addition to being part of the Organizing Committee of Iberflora, they are also active members of Asfplant, the Professional Association of Flowers, Plants, and Horticultural Technology Valencia. Why does Isabelle Falger consider it interesting to be part of different entities and sectoral initiatives??

"The benefit brings us is to be up to date with the regulations that come out of Brussels because we want to adapt quickly. Thanks to being involved in these entities I am very informed of issues that affect pollinators, recycling, the peat... The client is the first to ask me to be adapted to the new rules and the producer must be informed of this."

Iberflora is preparing a new, more experiential, and innovative concept in 2022, Iberflora New Generation, an event to work, but also to learn and have fun. What does she expect from the next edition of Iberflora?

"I like that I talk about a "new generation" fair, of the future, because I want to take advantage of this concept to point out that our sector is aging and Iberflora can push young people to bet on it, that there is a generational change. It is important to pay attention to young people and give a positive expectation of the sector. Don't just talk about problems, but the possibilities of the sector and Iberflora is a very good opportunity to invite schools, to all types of students and also to foreign professionals, to show them what to work in this sector in Spain, as I did, it can be an expectation of the future. Iberflora is a very good opportunity to stay with the positive points of the sector so that young people have a positive outlook."