As the summer temps cool and the panicle hydrangea season roars into full swing, Bailey is thrilled to share that First Editions White Diamond Panicle Hydrangea received a five-star evaluation from the 2022 Plant Evaluation Program at the Chicago Botanic Garden. Evaluated by Chicago Botanic Garden staff from 2011 through 2019, White Diamonds was put to the test to evaluate ornamental traits as well as landscape performance. 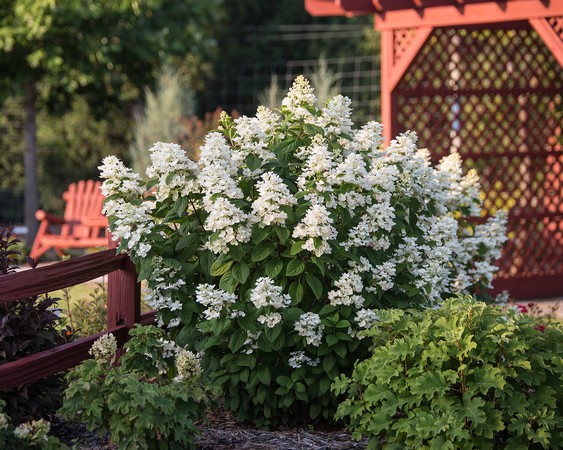 Given minimal maintenance, White Diamonds were planted in a trial garden that was exposed to wind in all directions and received up to 10 hours of full sun during the growing season. It was also not deadheaded, fertilized, winter mulched, or chemically treated for insects or diseases.

In Issue #47 of Plant Evaluation Notes, Director of Ornamental Plant Research Richard Hawke shared their findings and stated, “The sterile florets of White Diamonds® opened green and turned sparking white before aging to rosy-pink in mid-August. By late August, the flowers turned green again with some pink highlights and pink spotting. The 2-inch sterile florets were large compared to most cultivars.” 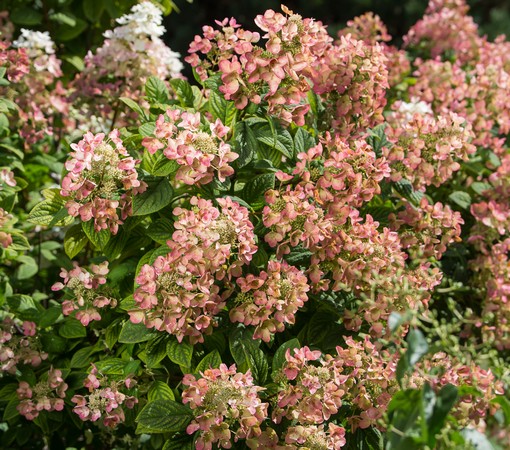 “White Diamonds have been in these Chicago gardens for over a decade, and the five-star rating shows it to be a true landscape performer,” shares Brand and Business Development Manager Layci Gragnani. “That rating, paired with its exceptional upright white blooms in the summer and spectacular shades of pink in the fall, solidifies White Diamonds as a stunning focal point in the landscape.”