A good while ago, a partnership was formed between several parties to develop the Rombomatic. This sophisticated piece of technology automated rose cutting. However, the company that built this machine went bankrupt, and growers who had been using it were left with a problem. What about service and maintenance? And what happened to the know-how of the technology it contained? Who was going to help if something went wrong?

Aventec
John van de Ven, Aventec's founder, used to work at Jent Jentjens Machinetechniek, the company that produced the Rombomatic along with its partners. When the business went bust, John, an electrical engineer, started his own company, Aventec. In the early days, he was mainly managing large companies' projects. But, a few years later, the ornamental plant sector drew John back.

Around that time, Nolina Kwekerijen approached John. They had maintenance, service, and replacement part issues they could no longer avoid. Above all, the cutting machines were running on outdated soft- and hardware which had to be renewed to guarantee it keep running. Nolina and Leo van der Harg joined forces to tackle this "machine upgrade" project. Aventec was tasked with determining what was needed to ensure the machine's continued future operation.

A brand-new concept
John concluded that the machine's entire control system, including random parts, had to replaced. Everything was outdated and no longer available should something break down.

That ended up being a four-year project resulting in a brand-new concept of doing things the old way. The system was complex, fast, precise, and, thus, very tricky. "It runs on milliseconds making it very tight. You can't program that process in a day. The system being used was great, but it was developed by a whole team. Overhauling it as a 'one-man-army' was no mean feat," begins John. 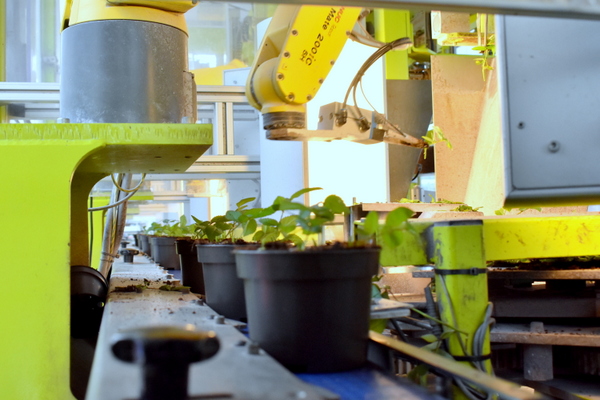 "To ensure that all the machines could keep running, I first rebuilt a single (robot and vision) module to test the cutting principle. It, naturally, included new, modern control and vision electronics. We rewrote all the (PLC and vision)  software from scratch. Once that was done, we rebuilt one of a Nolina machine's four modules to do further  testing and make improvements."

"Once that was all up-and-running, in September 2021, we rebuilt the whole, four-module line. Leo then spent two weeks cutting and replanting all the rose cutting by hand, and, with the necessary preparation, I managed to convert the entire system in those two weeks. The result: the skeleton still houses the robots, but there are wholly renewed controls, hardware, software, and cameras," John explains.

It was immensely challenging to rebuild and upgrade the entire system, especially using vision technology to send the robot to the right point with millisecond and millimeter precision. "That's not easy." It took some time, but the project was a success.

"On average, the machines run for 100 hours per week throughout the year. Once everything was overhauled and a glitch occurred, I was sometimes called out of bed. But all those teething problems have been solved, and now I can sleep soundly again. More importantly, the system is running at the same level; it might even be better. We now know its exact details, so it's now just a matter of copying and pasting in the next projects," John concludes. 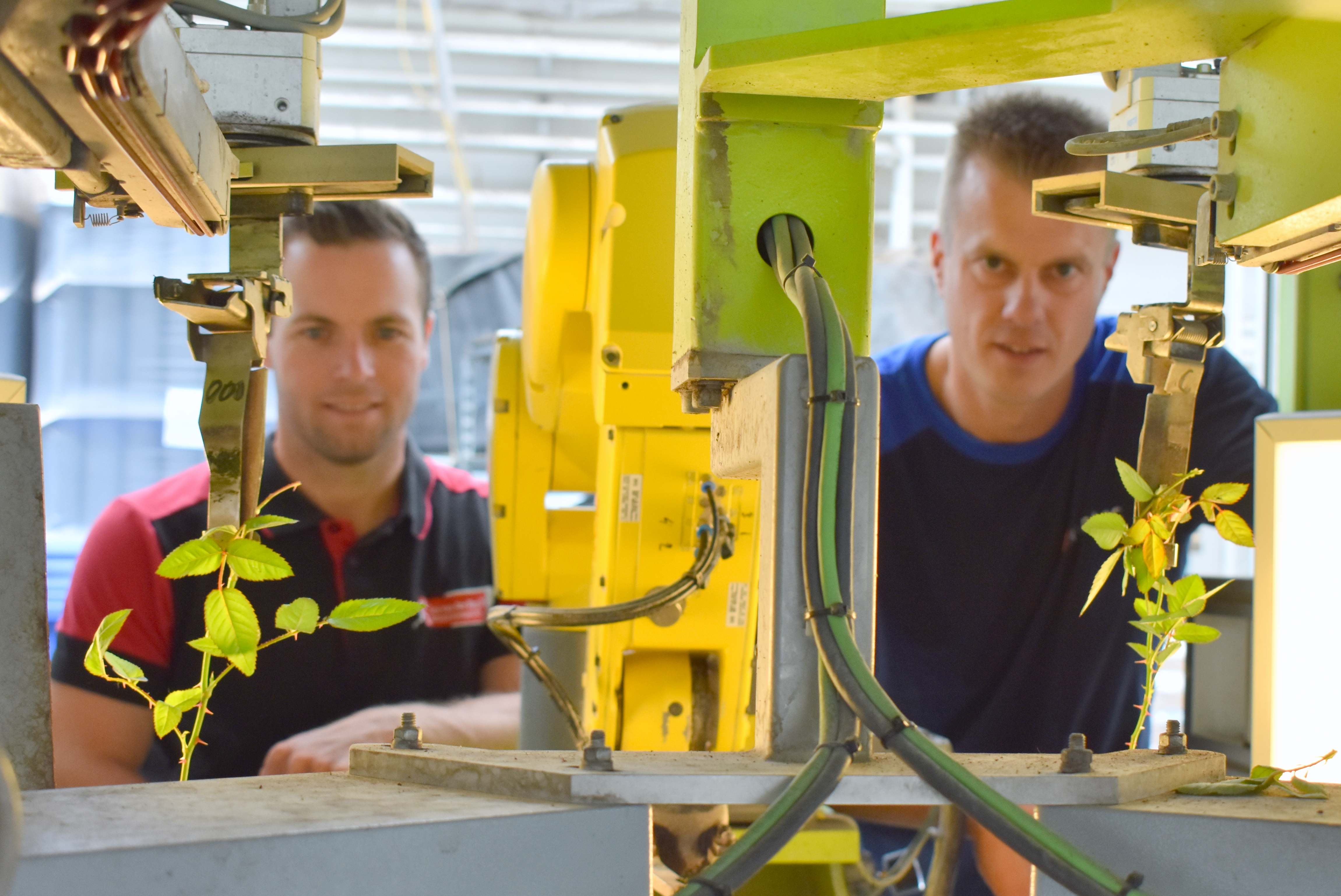 The grower has his say
"We installed the machine in 2002. At the time, we were delighted with it, and with today's market, we've only become happier. So it wasn't a question of whether we wanted to continue using it; there was no doubt about that," says Pieter van der Harg.

Yet the grower quickly became aware of the system's issues. First, they ran out of spare parts, then a motherboard failed, which they struggled to replace. That meant there was a high risk of the system shutting down if anything broke - that risk needed to be prevented.

"But, rebuilding the entire system was also very risky. Nonetheless, your company must continue, so we had little choice. But, we're thrilled we did; the risk has been averted, and the project is a success. Plus, we now have a completely renewed system," Pieter says.

Nolina collaboration
For this project, Leo partnered with fellow nursery Nolina Kwekerijen, and together, they pulled off quite an accomplishment because this was not, by any means, a cheap undertaking.

"It's important to explain this collaboration with Nolina. We're competitors of sorts, but we had a common goal: to breathe new life into the "dying" Rombomatic cutting machines. We shared all the start-up costs, and they can use the remaining spare parts we had while they're still running on the old system. It's a win-win."

Quality guarantee
In these times of labor shortages, this machine is a godsend. "It saves us about six people every hour. Times that by an average 100-hour week and do the math. A machine performs just as well at the end of the day as at the beginning; it never gets sick, is always on time, and doesn't need a vacation," adds Pieter.

"Plus, this line needs only two people to operate four robots which produce up to 5,200 cuttings per hour. We can, thus, bring our quality to a very high, constant level. You could clearly see the difference in the two weeks we did everything manually. The human factor is gone, and every cutting is done exactly the same, down to the millimeter," he concludes.