Family business Hoekert Nursery in Oldebroek, the Netherlands, which has existed for 50 years and is specialized in a variety of heather, shrub, and conifer species, has changed its name to Edens Plants & Creations. This name more closely covers the developments of recent years. The company, founded in 1972 by Henk Hoekert (1937), shifted more and more towards breeding and propagation, with which Hoekert himself started around 2000 under the name Eden's Creations. 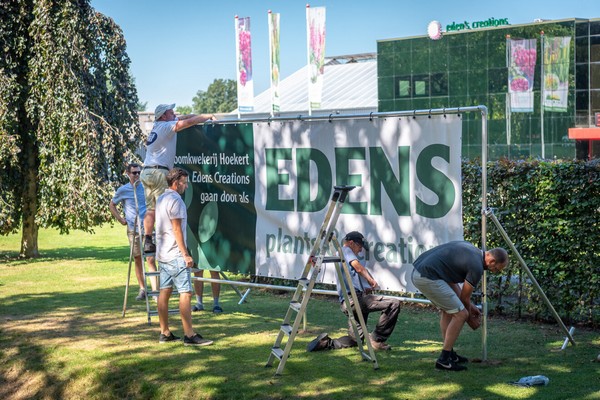 Henk Hoekert first had a garden center, selling to consumers directly. In 1986, the company moved to a new office located on the Zuiderzeestraatweg in Wezep (municipality of Oldebroek), where it now covers 25 hectares. The company no longer delivered to private individuals, now working exclusively through trade channels. It employs approximately sixty people, 25 of whom work part-time.

Holding
Breeding has become an essential activity in recent years. For propagation, on the basis of a license agreement, years ago, a collaboration was established with German nursery Europlant Canders Ltd in Straelen. Breeding companies in Germany, Poland, and Canada are connected as well. Meanwhile, the family business is managed by the third generation already. Two private limited companies operate under a holding company, which are involved in breeding and cultivation, respectively. CEOs of the two private companies are brothers Henrik (breeding) and Christiaan Rietberg (nursery). 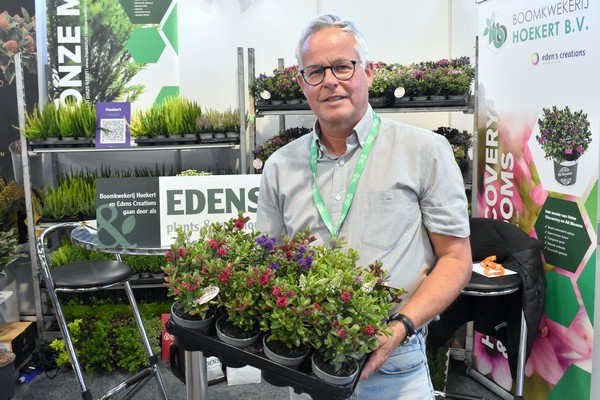 Meanwhile, around a hundred new varieties (Calluna/Erica/Daboecia/Hebe and Chamaecyparis) have been developed. "In the future, we will only grow products from our own fields," says Christiaan Rietberg. A transfer of the shares to him and his brother took place by their father (son-in-law of Henk Hoekert) and uncle. The other Hoekert children had been bought out earlier. Breeding and cultivating sustainably produced flowering and evergreen ornamental plants for the international market; this is the mission of Edens Plants & Creations.

The company exports goods by itself and through third-party export companies. It is a member of the Royal FloraHolland auction house.