Invasive plant species are species that do not naturally occur in the Netherlands. These exotics are usually brought into the country by human activity. This could be by accident, for example, as part of cargo from abroad, or intentional, such as the trade in exotic ponds and garden plants. A small minority of exotics feel quite at home in their new environment, establish themselves permanently here, and quickly multiply due to the lack of natural enemies such as bacteria, fungi, insects, and competing plant species. Invasive species cause a lot of damage and nuisance because they are highly invasive and difficult to combat. 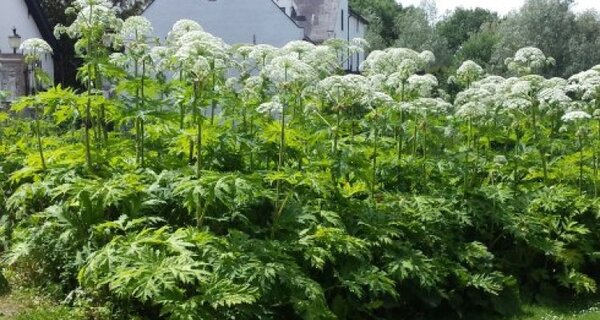 Bank and aquatic species
The most invasive plant species are bank and aquatic weeds. These species reproduce extremely quickly and are difficult to control. They create thick mats of vegetation that often float on the surface and cast the water below into darkness so that native plant and animal species die off because of the lack of oxygen. The masses of invasive vegetation also impede water drainage, increasing the risk of flooding.

Terrestrial species
Invasive terrestrial species are hardy and fast-growing weeds that thrive on dry sites and on or near banks and dike embankments. Once they have been established, they are extremely difficult to get rid of again. The presence of exotic species can cause the undergrowth to die off, and some species can also cause damage to buildings, pipes, cables, and other infrastructure.