"If I lower my nitrate, will my neighbour have aphids and I won't?"

When you have been doing trials for years, you occasionally want to talk about them. This is exactly what NovaCropControl's plant sap specialists did on Wednesday, 31 August, during an open evening. Consultant Tim Weijs gave a presentation on aphids at the well-attended evening. Research has shown that aphid pressure can be reduced by adjusting nutrition. 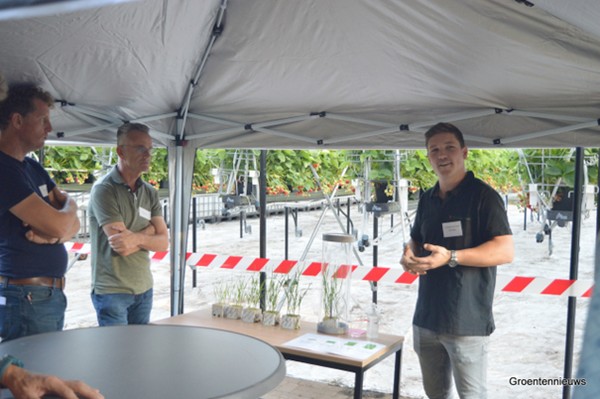 Tim discussed an experiment with wheat on rockwool, useful as a sterile baseline. He showed that the more nitrate a plant is given, the bigger the plant grows. In turn, aphids tend to go for the biggest plant, so that combination is not useful for those who want to grow aphid-free. 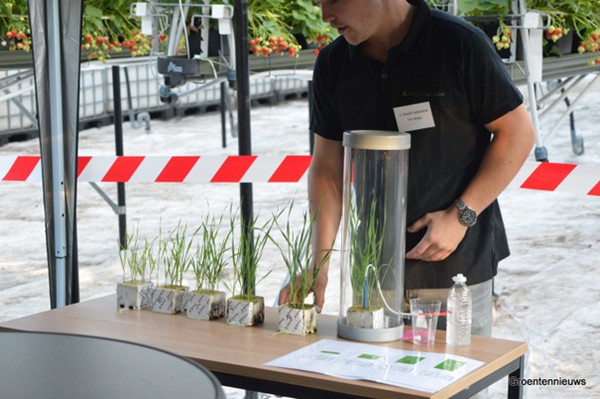 The five wheat plants Tim took were given increasing levels of nitrate from left to right, ranging from 1 mmol to 14 mmol. The EC varied from 1.5 to a maximum of 2 for the plant with 14 mmol. 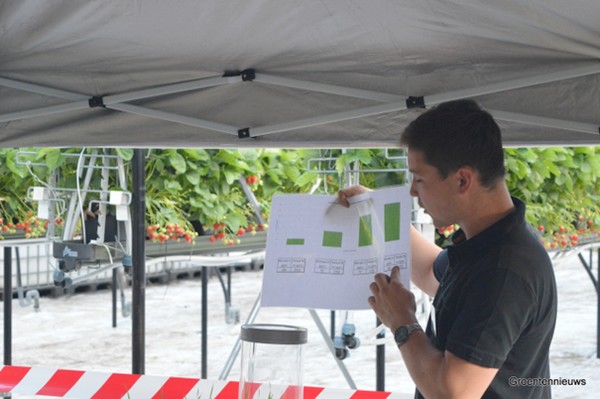 Learning about aphid reproduction
In the study, the plants were put in a tube, and cereal aphids were deliberately added. The plants could still get air through a mesh cover but otherwise could not escape the aphids. "We also did the test once in the tunnel greenhouse in aphid tents, but there we had so many fly-ins in the weeks before the tents were placed over the crop..." Laughs: "That provided a lot of data, super cool, but we couldn't do anything with it."

After two weeks in the tube, the researchers run the plant leaf by leaf to score the aphids. In total, the researchers are able to do 24 rounds a year like this and are making rapid progress. "We are learning a lot about how aphids reproduce," he says.

What the researchers have also learned is that some fine-tuning of the research method could be done. At the open evening, this also proved to be something that applied to other studies. A good reason for the researchers to deliberately take a step back sometimes.

Other elements
The researchers are currently still looking specifically at nitrate, but in the future, they also want to look at other specific nutritional elements, such as manganese, iron, amino acids, and various types of plant enhancers. Each time, the basis is a plant sap analysis. It is also still possible to investigate the attractiveness of crops to aphids. "If I lower my nitrate, will my neighbor have aphids and I won't?" a grower laughingly posed as a question.

One attendee wanted to know if silicon, a popular substance among plant enhancer producers, would also be looked at. "Who knows," Tim indicated with a laugh. "When you see how many questions we get about all kinds of different substances, you know there is still a lot to explore." 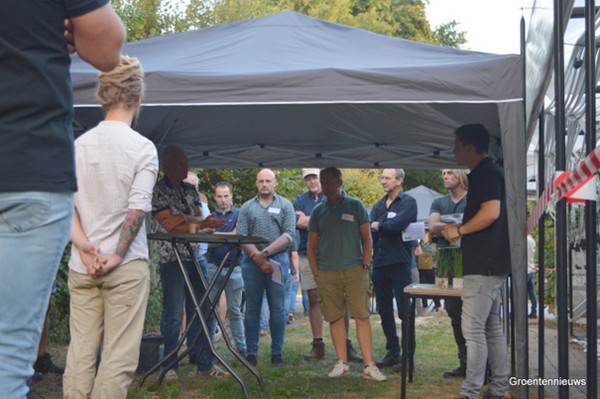 Attentive audience at Tim's presentation. Tim gave several at the open evening, allowing all the 100 or so visitors to catch up.