‘Global floral trends and the strategy of Japan’

In March, the Rural Culture Association of Japan published a book called Agricultural Technology System, Flower Edition. Nobu Kaishita of Chrysal Japan Limited wrote an article in the book titled Global floral trends and the strategy of Japan. This article focuses on the global floral trends, both internationally and in Japan specifically. It was published in Japanese and has recently been translated into English by him. The complete translation can be found here, and below is a summary. 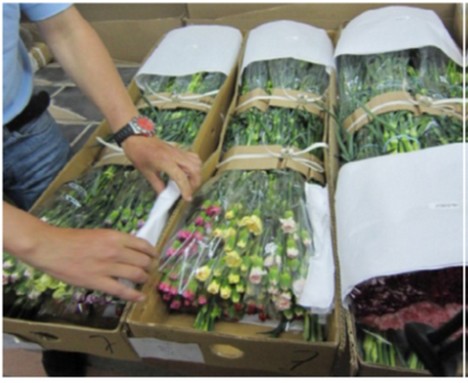 In the past, especially Thailand and the Netherlands accounted for more than 50% of Japan's flower imports. But in recent years, imports have shifted mostly to other countries such as Malaysia for spray chrysanthemum, Colombia for carnation, Kenya for roses, and Japan's neighboring countries like India and China. Cut flower imports are currently increasing.

Role of cut flower import
There are several reasons why flowers are imported into Japan. Firstly, to supply new varieties and rare flowers. Secondly, to supply the market during the off-season of domestic production and high demand period, and finally, the market requires a stable supply of flowers of a certain quality at a relatively low price year-round supply.

There are three major categories, but the flower import for Buddhism bouquets and household use is increasing from the highlands on the equator at mass retailers as the stably supply of every week. As a result, 70% of imports were previously concentrated in the five months from August to December, but they have been dispersed in each month. In 2019, the import shares of spray chrysanthemum, carnation, and rose were 52%, 64%, and 21%, respectively.