The Horticultural Trades Association (HTA) has announced the winners of its inaugural Ornamental Grower of the Year Awards. The Awards, in their first year, were announced at the HTA’s annual conference, Horticulture, The Conference, which took place at the International Convention Centre in Birmingham on Wednesday, 14 September.

The new Awards program celebrates the UK’s best ornamental growers and recognizes best practices in sustainable ornamental production. As well as proving their track records in high-quality production, nominees were tasked with demonstrating their commitment to the environment and how they are working towards specific targets such as Co2 reduction, peat removal, or water resilience. 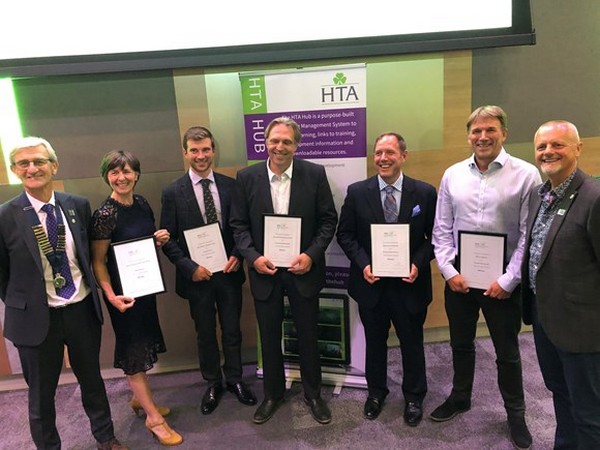 Speaking at the Awards, James Barnes, Chairman of the HTA, said: “It is with great pleasure that we present the winners of the inaugural Ornamental Grower of the Year Awards. The commitment to sustainable ornamental production shown by all nominees is truly inspirational, and the winners and highly commended entries demonstrated outstanding innovation. We’re delighted to recognize the excellent work being done by horticulture businesses, which is instrumental in helping the UK to meet its environmental goals.”

During his opening address, James Barnes spoke about the challenges facing the horticulture sector, commenting: “Notwithstanding the issues of the now, we must scan further ahead – accelerated change will make the horizon become our foreground pretty quickly. Having the ability to sense change will allow us to seek out opportunities; the issues we’re facing right now might be great, but the opportunities might be even greater.”