"Visitors and exhibitors were happy with Plantarium|Groen-Direkt"

Both visitors and the exhibitors of the first edition of Plantarium/Groen-Direkt, which was held on 24 and 25 Augustus, were positive about the fair. This is evident from the results of the online survey that was sent to the visitors and exhibitors shortly after the fair, which also yielded a few lessons to be learned for the fair’s organizers. 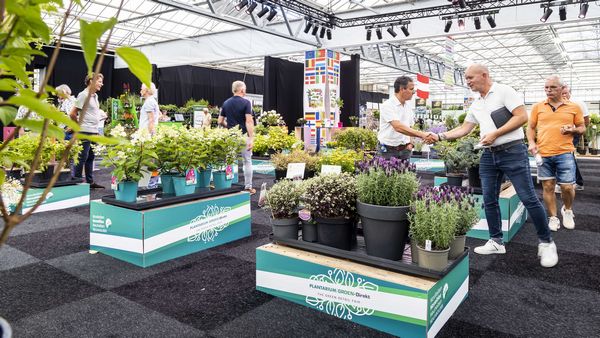 The results underline the enthusiastic reactions of the standholders that already reached the fair team during and shortly after the fair. Fair director Linda Hoogendoorn–Veelenturf felt a survey would be a good idea to find out how the standholders and visitors had experienced the fair. “These results confirm that this first edition was a success. It’s always good to see positive reactions being confirmed by independent research. This tells us that our approach is effective and gives us useful information for the coming editions.” The most frequently expressed complaint by far, by both the exhibitors and the visitors, concerned the temperature. “The temperatures were extremely high – that’s very difficult to control, but we will have to pay more attention to this in the future.” Fortunately, this aspect won’t be an issue in the next edition, which will take place on 7 and 8 February. The fair organizers will investigate how best to anticipate high temperatures at the next autumn edition. Other aspects that will be receiving their attention will be the fair’s layout and signage and the use of the mobile fair halls – there are a few lessons to be learned here too.

Exhibitors’ results
Most exhibitors by far take part in Plantarium/Groen-Direkt to maintain contacts with existing customers. This was closely followed by the second reason: to establish contacts with new business relations. Dutch standholders tend to be rather critical. It’s great to see this fair awarded such high scores, also for aspects that are often seen as a problem child, such as catering. The clearest evidence of how well the fair was appreciated is the number of reservations that were made immediately after the fair: around 35% of the exhibitors have already registered for participation in the spring edition.”