Dümmen Orange recently named Parker Dearing as the 2022 recipient of its Dr. P. Allen Hammer Scholarship. Dearing is currently a senior majoring in horticultural science with a minor in business entrepreneurship at North Carolina State University in Raleigh, N.C. The $5,000 scholarship is presented in recognition of exemplary academic achievement, community involvement, or leadership in the field of horticulture. The financial award is intended to support the next generation of students actively pursuing their horticulture-related academic degrees.

The Dr. P. Allen Hammer Scholarship was created in 2016 by Dümmen Orange to acknowledge the lifetime contributions that Allen Hammer has made to the floriculture industry. 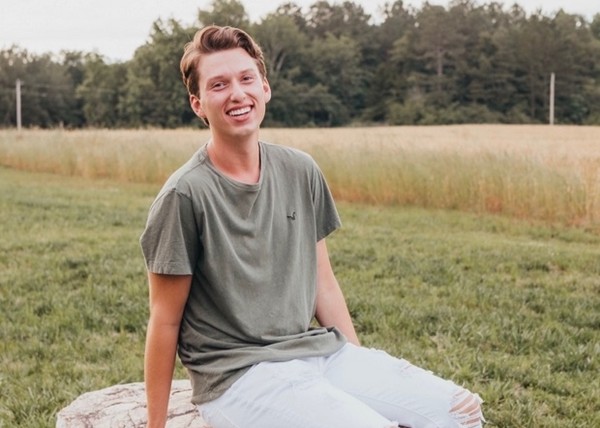 Dearing's passion for plants began as a young boy spending time in his family's garden. This eventually developed into a love of gardening and a commitment to learning more about and participating in everything floriculture.

"It's my dream to start a wholesale nursery that grows plants and cut flowers for my own retail locations," said Dearing. "I'm honored to receive this scholarship because it's helping me afford tuition and books for my classes along with housing."

The Dr. P. Allen Hammer Scholarship has allowed Dearing to dedicate his time to studying and performing well academically, positioning him for numerous future opportunities. Not only has the financial support been an investment in Dearing, but he also views it as an investment in the future of the horticulture industry. This is a sentiment that his college mentor also shares.

"Parker has a deep love and respect for commercial horticulture and is excited about helping to solve production problems and growing plants to beautify and improve our world," said Helen Kraus, Director of Undergraduate Programs at North Carolina State University. "I know that he will represent Dümmen Orange and Dr. Hammer very well."

Dr. Hammer served the floriculture industry as a professor at Purdue University in West Lafayette, Indiana, from 1973 to 2007 and is currently a technical specialist at Dümmen Orange, a role he has held since 2007. He believes that horticulture students should have international experience as part of their university education. The floriculture industry's future depends on attracting and supporting intelligent, hard-working students in horticultural programs, so he is honored to attach his name to this Dümmen Orange scholarship which aides in that effort.