"A familiar face in horticulture for 35 years"

Holland Scherming celebrates 35 years. The company currently operates in over 45 countries. Time to take a moment to reflect on an amazing milestone! The history of Holland Scherming goes back to 1987. Rob Wiersma has been working in screening systems for some time when he decided to set up a business of his own. Thanks to his extensive knowledge and experience, as well as his outstanding business acumen, Holland Scherming was able to grow very quickly. Nederpel in Wateringen was one of the company’s first projects, with adventures abroad following shortly after. Wiersma started gathering a successful team around him, which proved to be an important key for the company’s further success. Today, 35 years since the establishment of Holland Scherming, four of the company’s very first employees are still working here: Willem van der Sluis, Theo Oosterlee, Ed Nederhof, and Fred Wiersma. 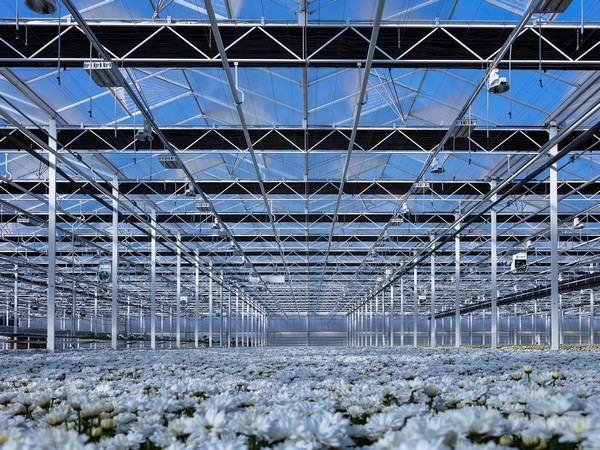 Portfolio expansion
Apart from screening systems, the company has also invested in such products as insect netting, which has taken a tremendous flight. Taking several company names, Holland Groep Westland was established in 2006. Meanwhile, the premises in De Lier became too small, and the company moved to a new site at Honderdland 30 in Maasdijk one year later. With quality, outstanding service, and security as its core values, the company makes extensive use of its own inventions: novel products that simplify the assembly, improve the operation and extend the life of screening systems.

Close cooperation with greenhouse builders
Thanks to close cooperation with greenhouse builders, in which technical drawings are shared at an early stage in the process, Holland Scherming was soon able to integrate its screening systems into its customers’ greenhouses optimally and with a minute eye for detail. Further growth was achieved in response to the company’s many international projects and increasingly important marketing activities through the establishment of Holland Screens and Holland Netting in 2018. This expansion did not go unnoticed: one year later, Holland Groep Westland was acquired by BOAL Group, thus consolidating the company’s global growth.