As Kenyan flower farms grapple with managing waste from discarded flowers and high energy costs to power operations, a new innovation is providing the solution to the twin problems.

Championed by QUBE Renewables, a company that turns waste into energy, the technology dubbed anaerobic digestion uses bacteria to break down organic matter and generate biogas that can be used for cooking and generating electricity.

QUBE Renewables has been working with Oserian Flower Farm to transform heaps of flower waste into energy. The farm, one of the largest Kenyan producers and exporters of flowers, discards up to 1,825 tons of waste each year which is either dumped in landfills or composted.

"Although Kenya has a good electricity supply, the majority of the population is often off the grid, especially during the day, with a bulk of the people not being able to access clean fuel. QUBE's philosophy is to turn people's problems, like waste, into solutions," said Jo Clayton, the Co-founder and Director of QUBE renewables.

The new system, installed at the farm as part of its long-term focus on sustainability, was built and factory-tested in the UK before being shipped and assembled at the farm using local resources. It is made up of 10 containers, with each container acting as an individual digester, 10 batch reactors, a control room, a laboratory, and a workshop. Each reactor can accommodate up to three tons of flower waste. 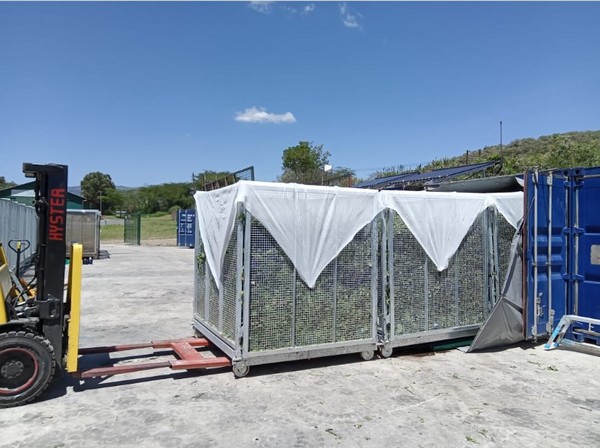 "The flower waste is turned into compost. All the greenhouse gases that are produced during the process are released into the atmosphere, and that is what anaerobic digestion tries to tackle. The innovation is thought of as a huge factory-scale project, but we try to package it down into something small and neat so that it fits into a shipping container and can be put down anywhere in the world," added Jo.

The biogas from the containers is converted into electricity and used to power the farm's packhouses. The other gas is compressed into cylinders and used in Oserian kitchens to prepare meals for workers. Traditionally the kitchens relied on firewood.

"There has been a huge improvement in how we operate in the kitchen. The transition from firewood to biogas has enhanced efficiency and protected our health. This kind of energy is changing our lives, and it is our hope now and in the future," enthused Hilary Bett, a Chef at Oserian Flower Farm.

Beatrice Wachira, the Site Manager at Grants Biotech Ltd, agrees: "We are not only providing biogas for cooking purposes. Our main aim is to provide clean energy that can power entire operations at Oserian." 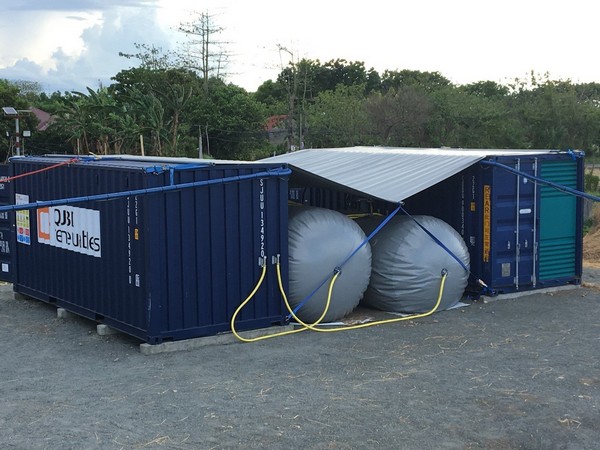 The innovation comes at a time when the Kenyan flower industry is grappling with exorbitant energy prices that account for up to 40 percent of all production costs. Farms rely on energy to power greenhouses and operate cold rooms, among other needs. The high electricity bills, coupled with incessant power blackouts, have led to huge losses for the farms, which have informed their quest for cheaper and reliable alternatives.

The project was supported by Energy Catalyst, an Innovate UK program that helps early- to late-stage innovators develop market-based technologies and business models that accelerate access to clean, modern and affordable energy in Africa and Asia. Grants Biotech, a Kenyan firm, offered technical support and on-site operations while the University of South Wales was the academic partner.

The new biogas technology is timely, with the potential for scaling coming at a time when up to 90 percent of the Kenyan rural population continues to rely on wood fuel and kerosene to meet their energy needs exposing them and the environment to harmful effects.

At the same time, agricultural waste remains one of the most abundant biomass resources in the country. It is discarded by burning or being left to rot, further harming the environment. And while biogas energy has previously been promoted and embraced, the adoption remains low due to the high cost of installing the production systems.

As the country seeks to address energy poverty and move to a just transition, low-cost clean technologies that tap into local solutions while addressing the waste menace could be the new energy game changer across households and industries.

"Dry digestion in sub-Saharan Africa has a huge potential to utilize agricultural wastes that are otherwise left to rot, which is a tremendous waste of a potential source of energy, given it can provide clean, affordable biogas for cooking and local power generation," said Mark Clayton, the technical director at QUBE.