During the National Day, 14 lively plant sculptures stood on Chang'an Street in Beijing, known as the 'First Street of China', each with a unique theme and meaning, all to celebrate the 73rd birthday of China and the victory of the 20th Party Congress were held. 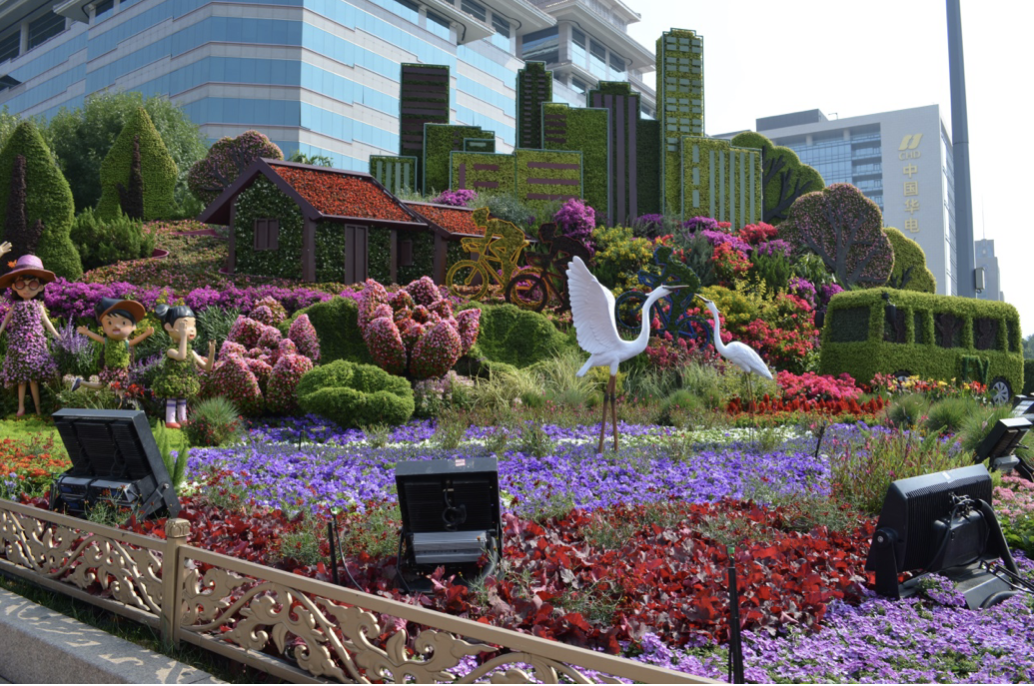 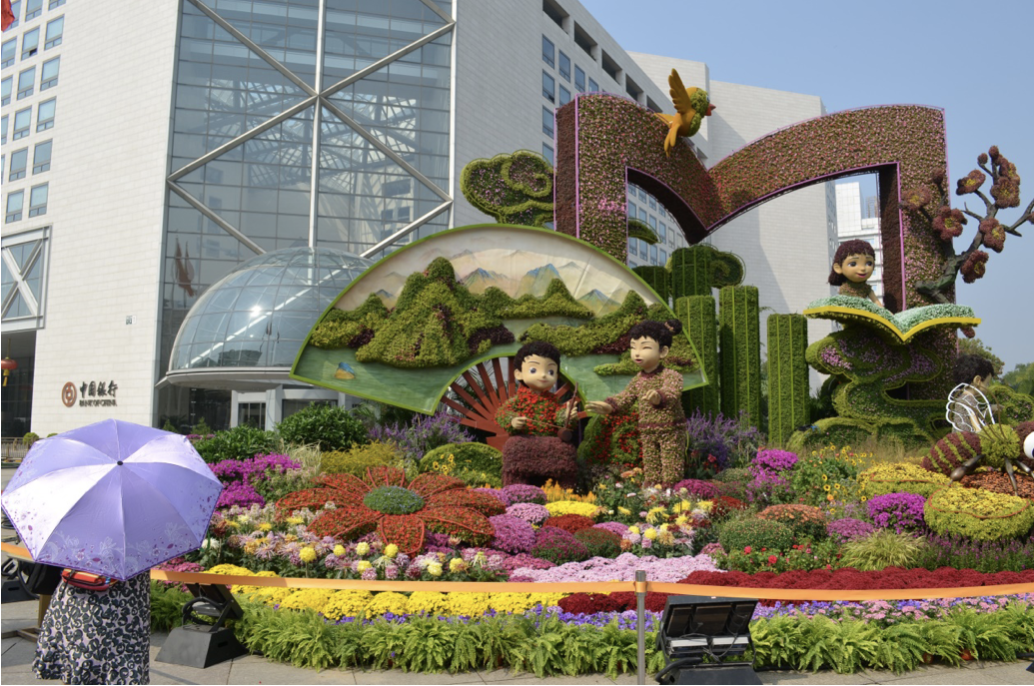 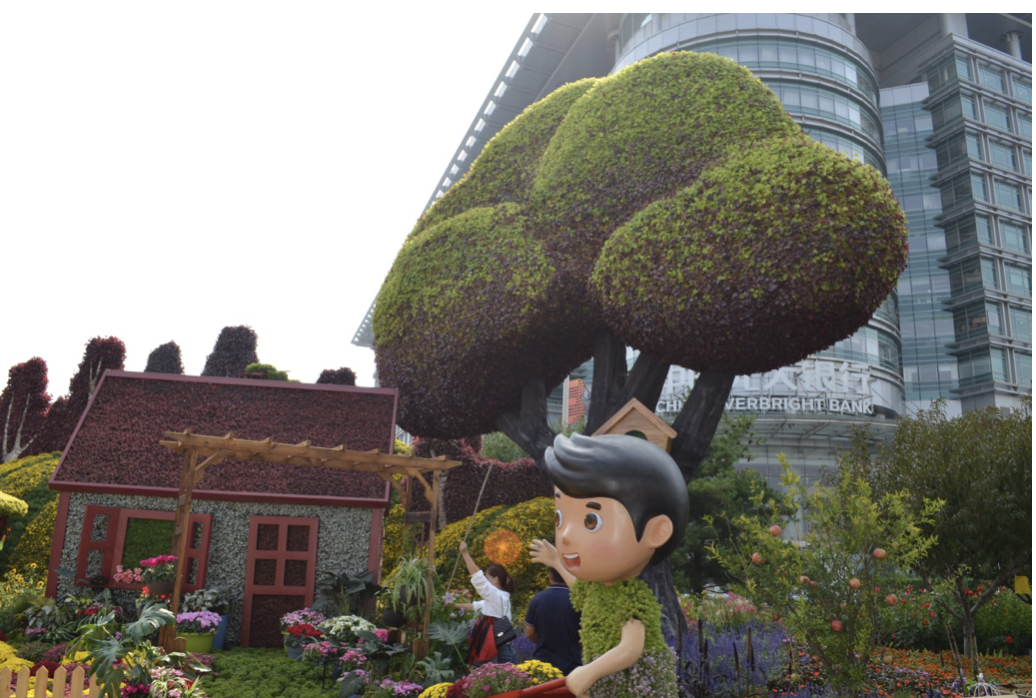 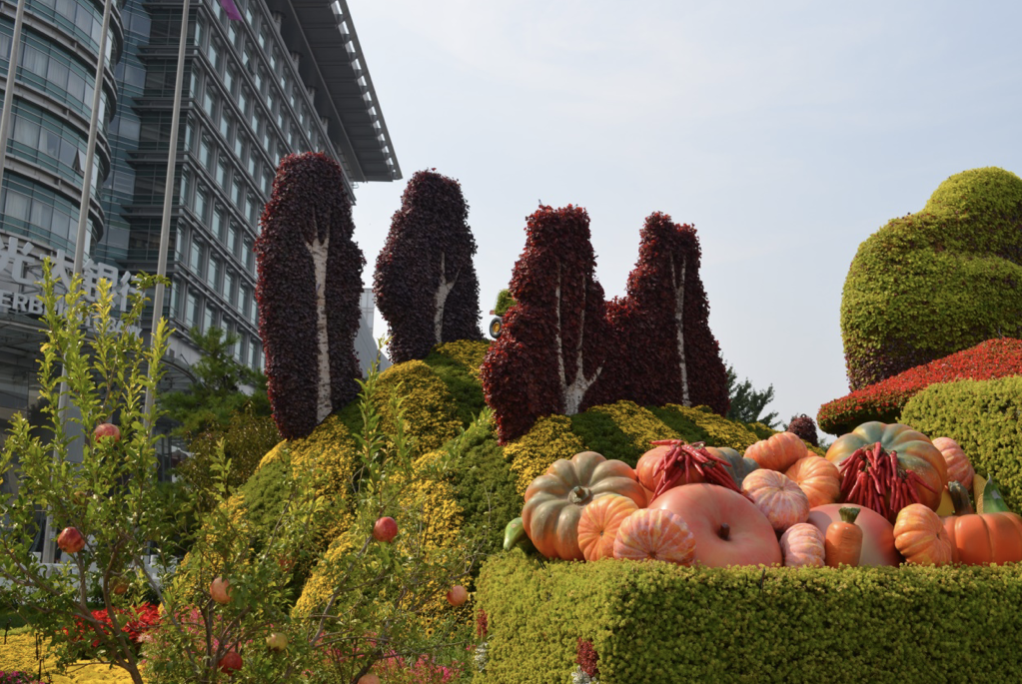 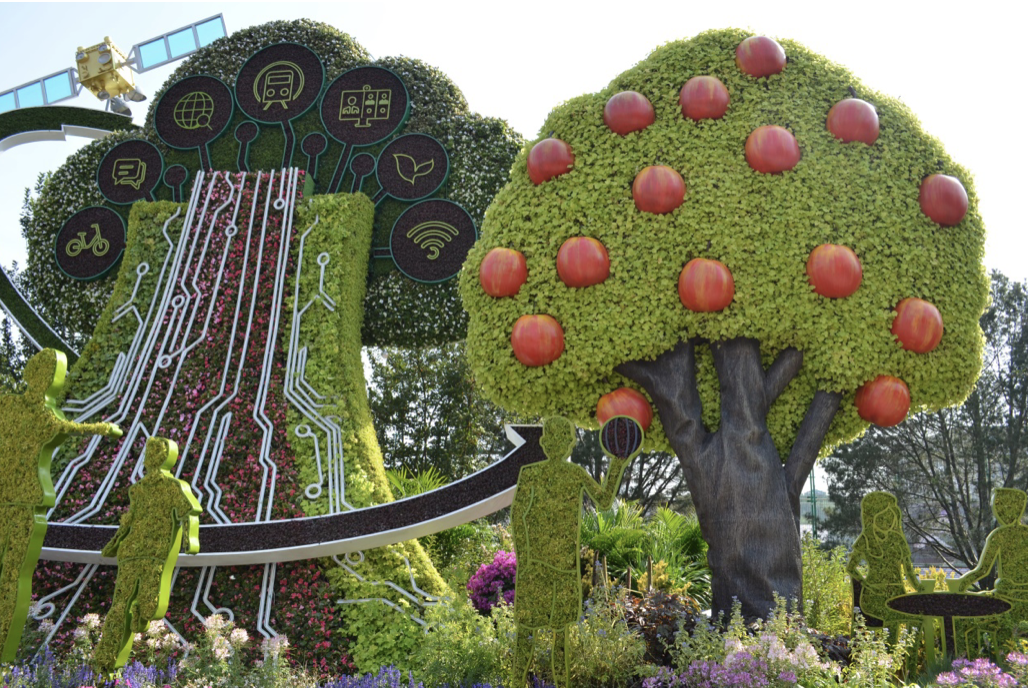 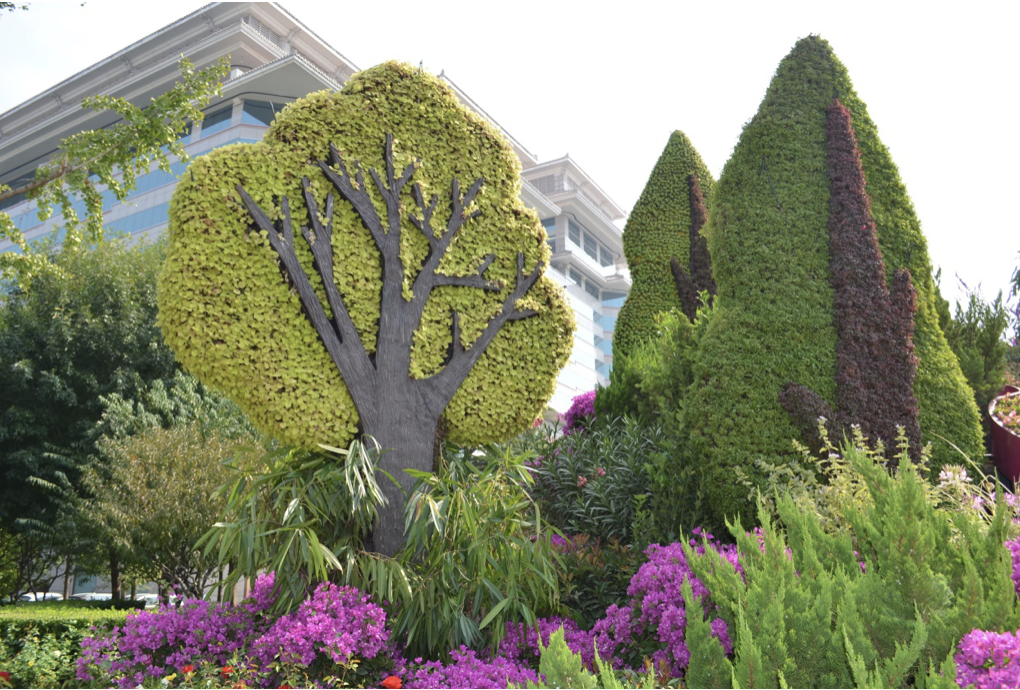 According to Chen, Manager of Terra Nova Nursery China, the most critical factors in plant selection for three-dimensional flower beds are rich colors, consistent growth, compact plants, similar growth habits, and excellent resistance. It is not easy to achieve all the above conditions in one go and maintain a stable and good effect for a long time. In order to fully express the themes of the flower bed, designers often need a variety of different color and tonal combinations. How to use fresh plants to realize and implement the original intention of the design is one of the keys and difficult points of the final effects. And the Heuchera, known as the 'color palette of nature,' can just do this job because the rich colors can well cover all the required color compositions. Therefore, it is not necessary to mix and match different types of plants, and only a single crop can solve the problem of the ornamental effect of the flower bed in the later stage. 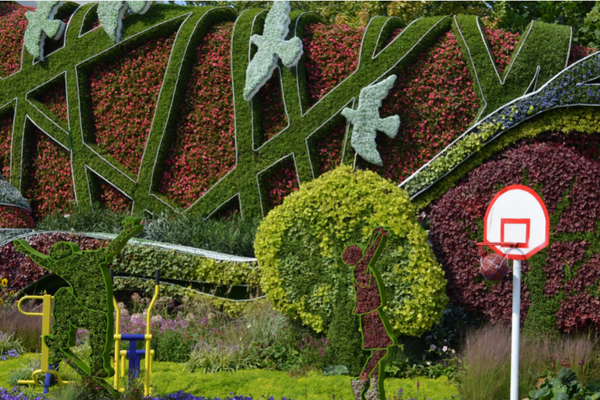 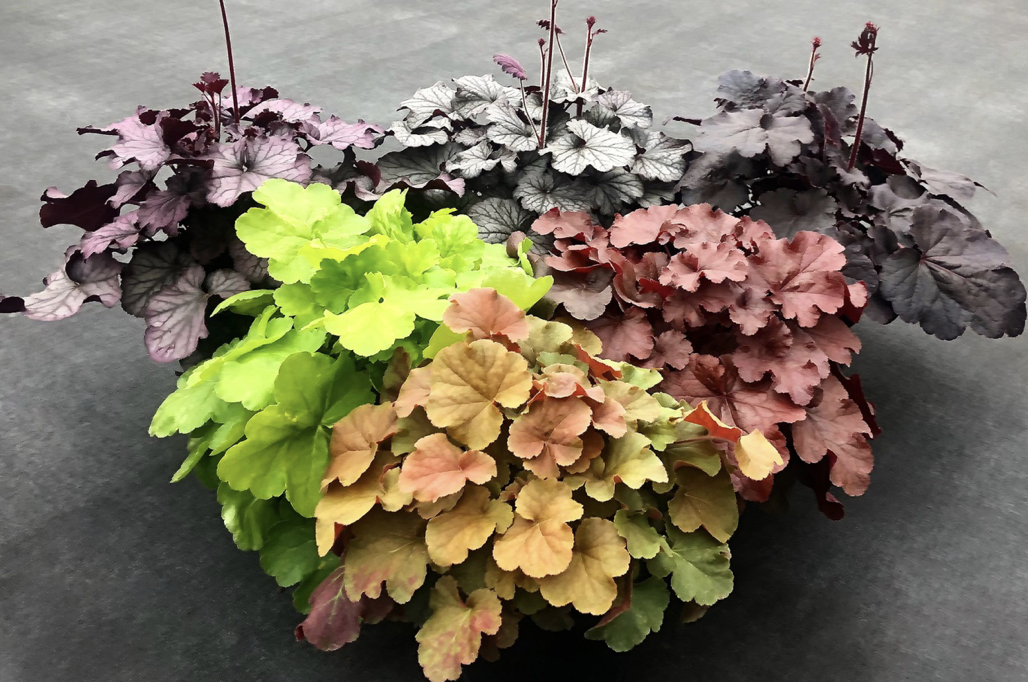 In addition, Heuchera is firm and has good adaptability, and can adapt to the environment of full light, half light, and full shade, so in three-dimensional applications, there is no need to worry too much about plants being exposed to extreme environments such as strong wind, low temperature, over-sun, over-shade on flower beds. Finally, the growth is consistent, the color performance is stable, and the flowering period is not needed to be considered, which can make the three-dimensional flower bed maintain a fresh and full ornamental effect for a long time, and even the later effect is stable and not influenced. 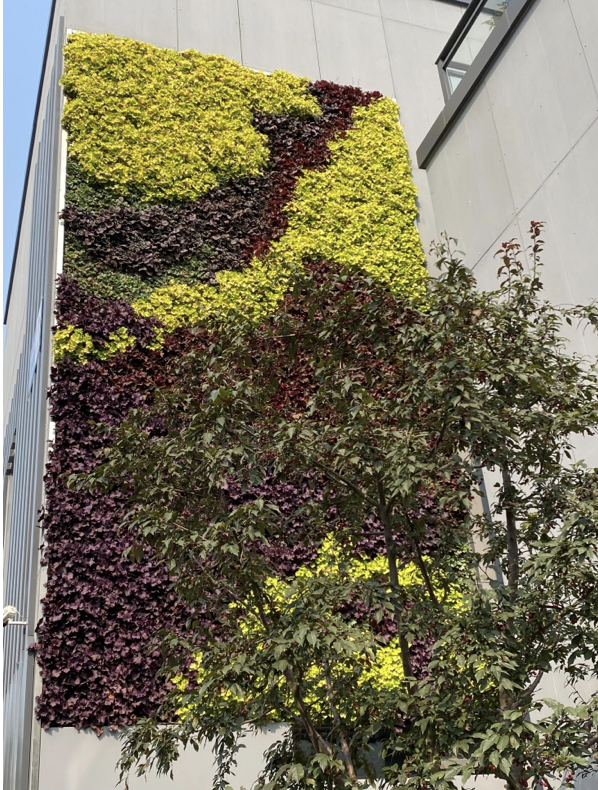 The "'Heuchera Wall" located south of the headquarters of Beijing Florascape Co., Ltd. is still performing as before after experiencing high temperatures, high humidity, and full sunlight throughout the summer.

This year, in the ground landscape layout of Chang'an Street flower beds, the more natural-style flower border layout is pursued, so the importance of perennial plants has become more and more prominent. And Terra Nova is mainly engaged in the breeding of perennial flowers. In addition to Heuchera, other Terra Nova perennial varieties have also been fully used in many flower beds, such as golden rooster center stage and grandma collecting gold coins.