"Make Pioneer great again." That was the title of the group chat that the Sikking family created almost immediately after the disastrous fire at their facility in 2019. Together with suppliers, plans were quickly made at Pioneer Flower Farms. They decided not to throw in the towel but to build an even better, modern facility. 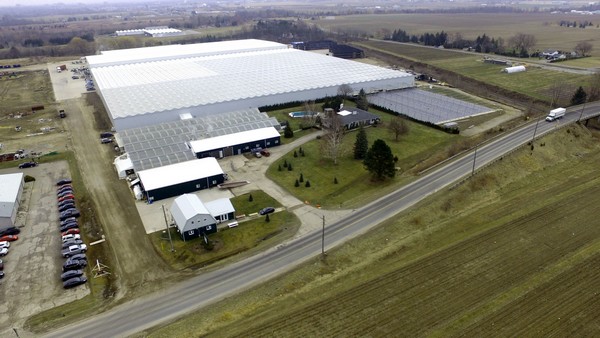 Last week, the company celebrated its 50th anniversary in Ontario, Canada, together with suppliers, friends, family, colleagues, and local residents. The growers lauded the great support they received from everyone after the fire. Hundreds of people came to take a look. As the opening took place during the week that many companies were also visiting the Canadian Greenhouse Conference, they didn't lack interest.

After the fire, the tulip growers had to continue temporarily on half power, and the cold rooms that did survive the fire were used. In 2020, the new greenhouse was in place, and this year marks the company's 50th anniversary.

Henk Sikking moved to Canada in 1971 to start growing at the location where the greenhouses still are. Over the years, the company grew into a major player with not only tulips, of which Pioneer is one of the few growers in the region, but also various other cut flowers and also potted plants such as pot chrysanthemums. 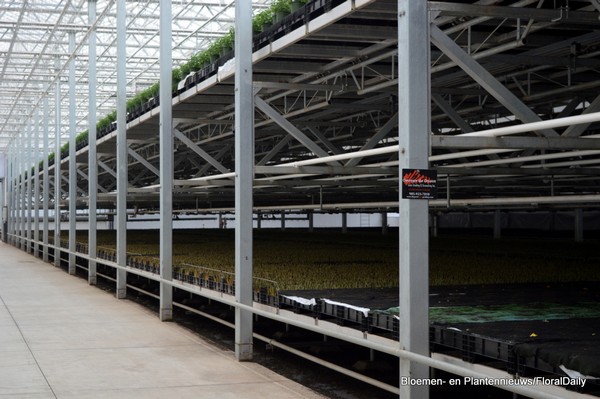 Below grow tulips and on top chrysanthemums

To get all the work done, Pioneer Flower Farms increasingly relies on machines and robots, yet it still employs a large number of people as well. The peak period at the farm is February-mid-May. 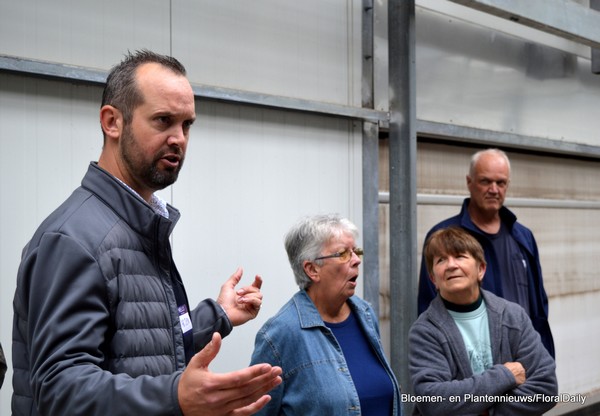 Arjen van Eekelen giving a tour through the greenhouse.

The greenhouse builders at Prins Greenhouses provided tours during the open house. Arjen van Eekelen managed the tour team. He was the first to kick off at 1:30 p.m. with a guided tour. Arjen spoke about the modern greenhouse, in which the installation of three screens meant that, at one point, there was hardly enough floor space in some departments to accommodate all the scissor lifts needed to install the screens and all the other greenhouse technology. The tight schedule was met. By June, the foundations had been laid, and by November, the plants were ready to enter the greenhouse. 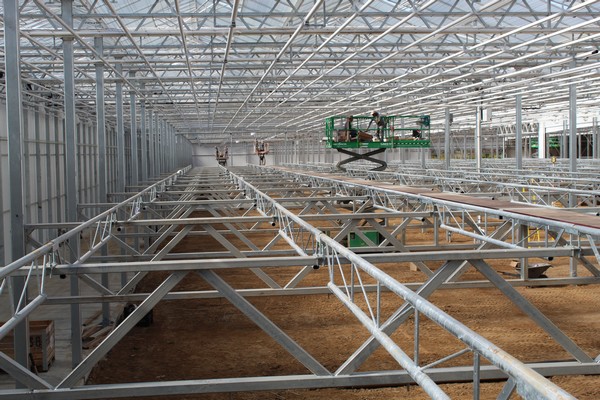 The installation process in pictures. Photo via Prins Greenhouses