Lasers, artificial intelligence, and gas sensors are among the potential solutions being considered in the fight against Varroa mite as part of new research delivered through Hort Innovation to enhance and protect pollination security in Australia. 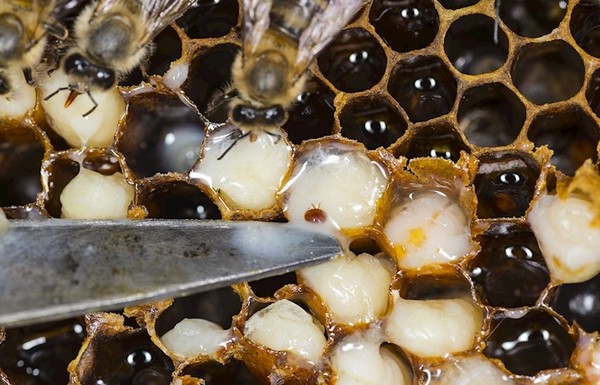 "In the European Union, for instance, there is research underway on the use of micro-targeted lasers for the eradication of Varroa mite on honey bees. The solution uses vision technology to track the bees to find potential infestations, as well as artificial intelligence to target the mites and direct a laser to burn them.

"There is also encouraging research in the application of semiconductor gas sensors to recognize Varroa mites in hives. The use of multi-sensor systems can act as 'noses,' and this technology has been used successfully in the past to detect diseases in humans, animals, and plants.

"Managing Varroa into the future will require a mix of approaches. This project will ensure the industry is looking at the best of international innovation to understand what we should progress in Australia." President of the NSW Apiarist Association, Steve Fuller, said technological innovation is a key part of ensuring the industry can control Varroa mites in the future.

"Beekeepers are interested in not just controlling and stopping the spread of Varroa mite now, but also how we further enhance our capabilities in the future," Mr. Fuller said. "If we are able to eradicate Varroa now, we still need important technologies like these to safeguard our industry's future."

The project will prioritize the following areas of inquiry: