‘With PATS-C, active moths can be clearly monitored in the dark’

Gerbera nursery LG Flowers in Pijnacker started using one PATS-C system in March 2021. The results achieved in combatting the golden twin-spot moth led them to expand to five systems at the start of this year. With PATS-C, the moth pests are ‘visible’ a generation earlier than the observations with the standard traps. By having a picture of the population development sooner, the infestation can be handled better. 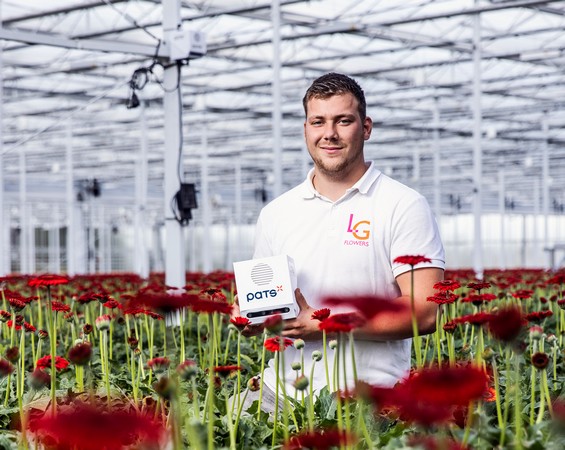 When cultivating gerberas, the golden twin-spot moth, also known as the tomato looper (Chrysodeixis chalcites), presents a huge challenge due to the lack of effective pesticides against the caterpillars. The caterpillars can cause a lot of damage to the crop very quickly, so they must be monitored closely and combatted. “There are no good biological enemies against the golden twin-spot moth, which can take care of the problem completely. And in 2021, we did not have the right pesticides. Now there is a reliable agent on the market, but we could not use it in the spring and summer because of the biology,” explained cultivation manager Mike Mulder. To monitor the moths, light traps are used, and their attraction is enhanced with a pheromone. This combination does trap a large proportion of the moths. A count is done weekly. 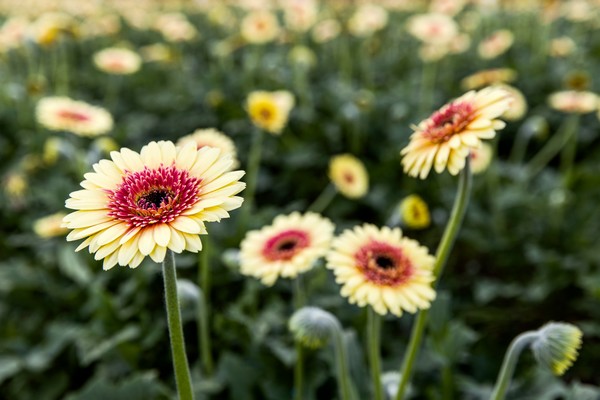 Monitoring activity under blackout screen
The cultivation manager continued, “The introduction of the PATS-C system for monitoring has been greatly beneficial. You see what is happening under the blackout screen after it is closed at the end of the afternoon. As soon as it is dark, the moths become active and start flying around.”

He used the first year of implementation with PATS-C to become familiar with the system and conceive a strategy of what best to do with it. With the installation of PATS-C in March last year, the cultivation manager was actually lagging behind because the golden twin-spot moth was already flourishing. “To get this moth pest under control, we had to spray with an agent sometimes twice a week all summer and into the autumn. We wanted to ensure that we were rid of the infestation in the winter. We ultimately succeeded, so this year we started with a clean slate.” 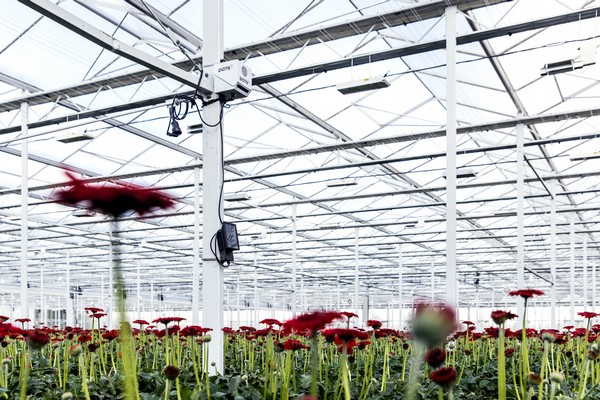 Hanging cameras at crucial indication points
The five systems now hang at important indication points where the first moths could be expected to appear, distributed over three gardens amounting to a total of 12.5 hectares. Each camera has a light trap nearby. Mulder added, “At these crucial points in the greenhouse, we could clearly observe the first flying moth. As soon as we saw the first one this year using the data from the PATS-C system, we called a meeting with our crop protection advisor to plan our defense. The monitoring enabled us to start three weeks earlier because we could clearly predict when the caterpillar phase would begin. Before then, we could carry out preventive spraying, so the caterpillars died as soon as they took the first ‘bite’ of an ingestion or contact agent.”

Now when the cultivation manager sees a spike on the data graph of the PATS-C dashboard, he can combat the golden twin-spot moth caterpillar by adding a selective agent to the spraying system. 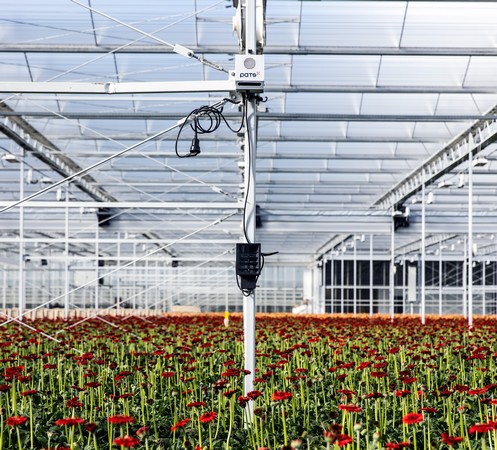 Limiting financial damage
“Last year, we suffered extensive damage from the golden twin-spot moth. This year we had just a few caterpillars. We saw hardly any caterpillars (that ultimately do all the damage) among the plants. It is incredible how with PATS-C, we have been able to limit the financial damage compared to last year.” The cultivation manager keeps scouting for the golden twin-spot moth in this way and annihilating it wherever found. He is even thinking of adding two more systems in the coming cultivation season at important indication points. Mulder has only praise for the advice and supervision provided by the PATS Indoor Drone Solutions company and the information provided for improvements to the tools.