"It has great potential as pot carnation and as mini cutflower"

"The variety has great potential for professional and amateur florists, not only as pot carnation but also as mini cutflower," says breeder Jasmin Hoim when talking about the new pot carnation 'Solo con te' of Elsner pac®. 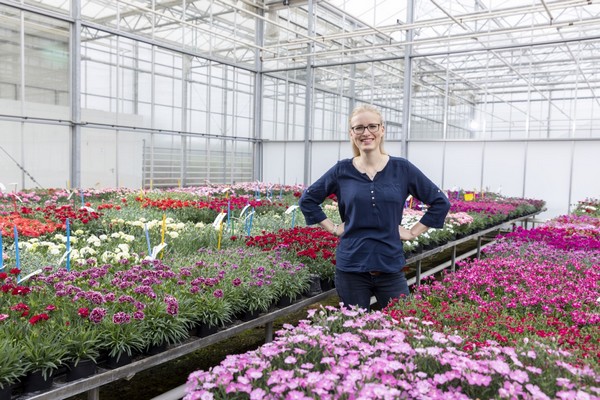 This German breeder and young plant supplier already has an extensive pot carnation assortment that, according to the company, leaves nothing to desire and can keep up with well-known assortments of the competition. But when Hoim met this new variety, it spurred her to new creativity.

With the new pot carnation 'Solo con te,' the young breeder Jasmin Hoim is now trying to give a special variety its own profile as it can be used both as pot carnation and mini cut flower. She shows many floristic examples that were created in cooperation with florist Annegret Petasch. 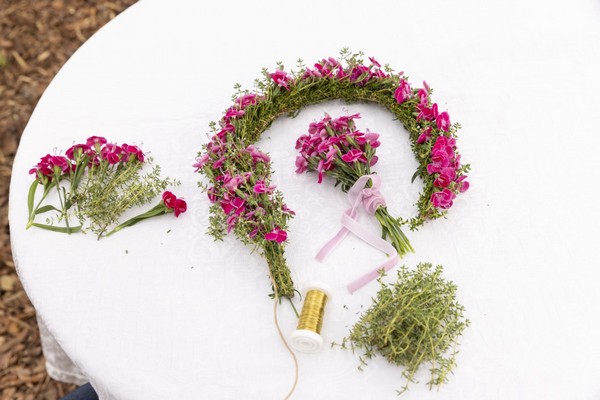 "The well-known advantages of pot carnations as a cold crop and the good store-ability in greenhouses at growers are especially valuable in the current market situation triggered by the high energy costs."

But also the excellent shelf life in retail shops and the particularly early flowering speaks for 'Solo con te,' she continues. "This also secures classic marketing sales such as Valentine's Day." As a reason for flowering early, Jasmin Hoim points to a special and secret bloodline that is in 'Solo con te.

With the positioning as a do-it-yourself pot carnation, the company is also nominated among the finalists in the category "Best Offer for the Next Generation" at this year's Taspo Awards in Berlin.

The company has extensive promotional materials available to support marketing. These can be requested from Elsner pac at cost price.