At Jac. Oudijk Gerbera's the Gerberas are looking bright

In Moerkapelle in Zuid-Holland, the brothers Dirk-Jan and Laurens Oudijk grow 70 different varieties of Germini together with about 50 employees on 7 hectares.

Since the father of these entrepreneurs started the family business 50 years ago, the product has found its way to traditional trade and wholesale in particular.

Because energy-efficient operations have always been high on the agenda and, as a result, the necessary investments have already been made in recent years, the company has already acquired quite a bit of knowledge to arrive at a sophisticated energy strategy. 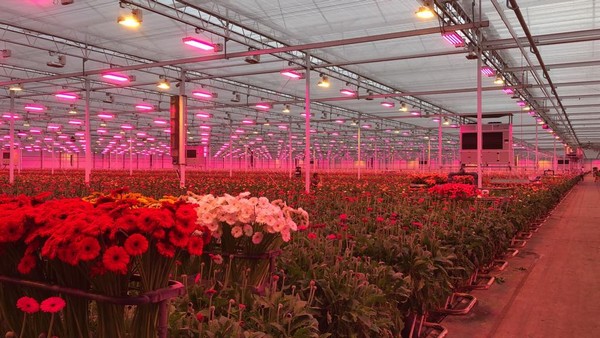 Light
About a year ago, Jac. Oudijk replaced the SON-T lighting in half of the greenhouse with DLI LED lighting. With the same consumption, this virtually doubled the light intensity.

"Because, in addition, part of the SON-T lighting was also left on, we can now light with a total of 270 μmol, while an average level of about 135 μmol is common for this crop," says general director Dirk-Jan Oudijk.

When the first results were analysed last January and it became clear that a substantial increase in gas and electricity costs had to be taken into account for a longer period of time, the entrepreneurs immediately decided to fully equip the other part of the greenhouse with LEDs as well. Operational director Laurens Oudijk: "A substantial investment, but because it soon became clear that this level of light would enable very high production numbers of top quality to be achieved year-round, it is definitely a commercially sound choice."

By applying an optimal energy mix and the experience gained in recent years, it appears that, even under current conditions, it is possible to light a good number of hours a day at a high level.

Heat
Besides light intensity, a balanced climate in the greenhouse is obviously very important to bring a top class product to market. In the past, the moisture evaporated by the plants was "smoked out of the greenhouse", so to speak. With the help of the DryGair dehumidification units, which were purchased from Brinkman three years ago now, the greenhouse temperature could be lowered substantially. This reduced gas consumption by some 50 per cent. "After accounting for the electricity used by the units, we have been saving around thirty per cent on our energy costs with these dehumidifiers for several years now," says Dirk-Jan.

Combined with a double blackout screen and a translucent energy screen installed earlier this year by Huisman Scherming, all the heat brought into the greenhouse can be retained for a long time. In this way, for several years now the residual heat from the company's own CHP, which is buffered in a large heat buffer, has been sufficient to keep the greenhouse climate optimal 24 hours a day. 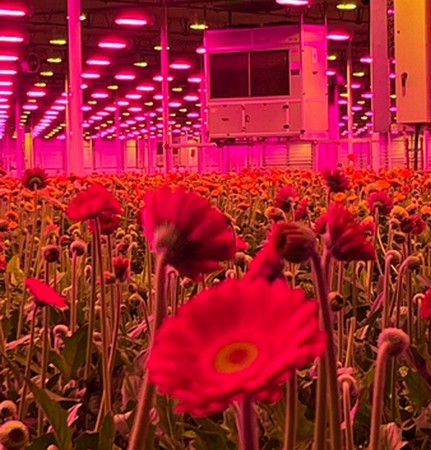 For the future, the entrepreneurs say they will continue to focus on innovative techniques to achieve even higher energy efficiency. This could include further savings in gas consumption, or possibly even phasing out gas. Unfortunately, the plans in this area are still a little too premature to be more specific at this stage, but the Oudijk brothers sound optimistic and are confidently rolling up their sleeves to meet the challenge in the coming years.